Chicago wrote: ↑
Sun Jan 26, 2020 10:48 am
Appreciate your reply Rev and hope I don't offend with my direct reply but it is borne out of quite a bit of frustration. Hope you understand.

Adelaide is not a country town. It is a small city. Are you saying there is no place for or benefit in having small or mid size cities? It should all be either big cities and small country towns with nothing in between?

Wouldn't it then be a bit dishonest to be promoting Adelaide as an affordable and less congested alternative to Melbourne and Sydney if the plan then is to eventually turn Adelaide into a big city where the kids of those that come will then face the same problems their parents did before making the move to Adelaide.

And if affordable and less congested is desirable then why change? Can't have a vibrant small city? Got to go Big?

And those that don't want to go Big they don't get a say? They're all wrong, ignorant, negative? They should all move? Where to? Can you name another city in Australia that offers what Adelaide does that is not trying to go Big?

Maybe those Adelaidians that like big cities should move to Melbourne or Sydney, double their mortgages, commute times, perhaps buy themselves a nice tiny flammable apartment or some other one riddled with faults that the developers/builders/politicians don't want to take responsibility for (and will in part be bailed out by the tax payer) and enjoy the good life that Australia's best are able to offer. And once those Adelaidians and others have had their fill of big city adventures and successes maybe they can leave the mess they created to others and move somewhere more liveable. Fair enough?

Don't know the personal circumstances of your relatives and friends in Melbourne, so can't comment there. But complaining is part of human nature, everyone does it. Nobody likes being stuck in traffic for hours to and from work, or waiting for care at the emergency department or facing a mountain of debt that will most likely take a lifetime to pay back, or feeling insecure about your job when you have a family to support, and that is the situation for many people in Melbourne thanks to Big Business and their ways. And people are complaining, plenty, that's why the Government made the token gesture of reducing Permanent Migration down to 160,000 per year whilst allowing temporary visa holder numbers to balloon.

You want to grow some cities, sure, but do it right.

What has happened in Australia for the past 20 years has been nothing more than a cash grab by the rich with poor regard for the little guy.

For me it's not about who gets a say and who doesn't. This is supposed to be a major city, but too often it is held to ransom by self interest groups of small minded individuals, such as the parklands preservation group, or by councillors on the Adelaide City Council. It's been relegated to being classed as part of regional Australia.
If these people do not want the infrastructure, the 'big buildings', that a large, or main city features, then why are they living in a main..or major.. city? There's lots of country towns where these things that are problems for them, wont be problems.

I agree, the growth needs to be handled properly. The economy is shot, population growth is almost stagnant..What's being done to fix any of this? Nothing, and there's our problem..hence my comment about our local politicians being useless.

Perhaps governments should look beyond Adelaide, to a long term plan to develop another city in South Australia into a major city either from scratch or from an existing 'town'. Plan everything right from the outset. How it will grow, where it will grow, the industries that will be attracted to invest and setup there, the transport infrastructure that will be needed and where and integrated, etc.
The target shouldn't be foreigners, but Australians from the east coast population centres. Overcrowded apparently? If all those problems you list, are really that problematic for people, why do they still move there in their droves? Because the economic opportunities there are better of course. Well, if they had an alternative, would they take it?
How is it that other countries are able to build new cities from scratch and populate them? Is it something in the Australian psyche that sees people continue to flood to the east coast predominantly? Or perhaps that the majority of economic prosperity lays waiting there, and it needs to be spread beyond the east coast.

Perhaps part of the problem is the psyche of South Australians..maybe that needs to change as much as anything else does first.
Top

Rev, in regards to your comment on starting a second city in Adelaide, I'd personally love to see it happen.

If you Google 'Look North', back in 2017 at least, the state government and Renewal SA were planning on focusing on Elizabeth and turning it into a second major city in SA by 2030 with an emphasis on sporting ("similar to Parammata in Sydney" was the quote). This was of course under the Weatherill government so I'm not sure if that is still in the books.
Top

Aidan wrote: But there are a lot of boarded up shops in the suburbs. It's noticeable at Hallett Cove, and worse at Noarlunga where half the downstairs level of Colonnades is boarded up. And even in the City, the Gallerie's been closed for years and the Myer Centre can't fill its upper levels.

There are too many malls which are all too big to support demand.
They swelled to plague numbers and size in the last 2 decades, filled with the most bland stores and stock you can find.
Top

I have heard they may be putting a child-care centre in Hallett Cove. I think the market will need to adapt as retail slows/shops become vacant. Ideally vacant retail shops may need to be replaced with other different income streams and/or sectors that on-line can't under-cut/compete with.
Top

Aidan wrote: But there are a lot of boarded up shops in the suburbs. It's noticeable at Hallett Cove, and worse at Noarlunga where half the downstairs level of Colonnades is boarded up

No argument with Hallett Cove, the food court is miserable, with only Wendy's left. EB games in closing in the coming days, and Big W never seems busy so may be on the cards of becoming one of the closing stores when their lease runs out.

But as for Colonndaes, they recently upgraded the downstairs area and the majority of the boarded up shops are supposedly leased, and there aren't too many left anyway. Plus Coles will be renovating this year to bring life back downstairs.

how good is he wrote: ↑
Mon Jan 27, 2020 3:06 pm
I have heard they may be putting a child-care centre in Hallett Cove. I think the market will need to adapt as retail slows/shops become vacant. Ideally vacant retail shops may need to be replaced with other different income streams and/or sectors that on-line can't under-cut/compete with.

Bunnings, HB Hifi, Chemist Warehouse and Baby Bunting seem to compete quite fine online and in bricks and mortar stores.
There is nothing broken with the idea of there being a physical store you can go to. Perhaps there does need to be less than previously.

All these clothing stores that are closing all look exactly the same, clearly that model doesn't work well any more.
Why does Myers look the same as it did in the 90's?
Top

Sorry but the retail shops I was referring to are the typical 80-120 sqm mall shops which I think will just continue to struggle and/or close. Big billion dollar companies like Chemist Warehouse and ASX listed top 20 companies like Bunnings, JB-Hif Fi aren't exactly comparable.
Top

That is the typical mall stores that are going bust.

Commsec's latest State of the States report has been released. S.A is again ranked 6th overall out of 8 states and territories, a real mixed bag as usual. Not excelling in any one of the eight categories.

Worryingly, we've ranked last on economic growth for 2019 (although still growing). A disappointing result considering confidence was supposedly at record highs only 12 months ago.

* Note: These rankings are based on performance against the decade average for each category.

SA’s pipeline of major construction and infrastructure projects has slumped, prompting calls for government projects to be brought forward in order to stimulate activity and protect jobs.

The state’s pipeline of major construction and infrastructure projects slumped last year, according to the latest research from Deloitte Access Economics.

Deloitte’s quarterly Investment Monitor report for December values the state’s pipeline of major projects at $38 billion, down from $45 billion in at the end of 2018.

It was the biggest fall in the country and one of only two states or territories where a decline was reported.

The Investment Monitor tracks projects across the country that are under construction, committed, under consideration or possible.

A $4 billion, or 9.5 per cent, decline in the total value of projects from the September quarter also represented the biggest drop in the country.

“The value of work done grew at double digit rates from late 2017 to early 2019, but has since slowed alongside a moderation in the transport and utilities sectors.

“Adding to this, the value of work commenced has also fallen by more than one fifth over the past year.

“This points to further weakness in the state’s engineering sector in 2020.”

The Deloitte report follows the release of ABS figures earlier this week, which revealed a 24.7 per cent month-on-month drop in SA building approvals in December.

The ABS reported that $430.6 million worth of works was approved in the final month of the year, in seasonally adjusted terms, down from $572.1 million in November and $496.5 million in December 2018.

“The State Government failing to including building and construction in its list of nine priority sectors was an oversight that must be immediately rectified,” he said.

“There also needs be a strong focus on productive infrastructure in this year’s State Budget and promised government projects need to be brought forward.”

Sources have confirmed that the state’s largest gas producer has offered positions in Brisbane to staff at the Cooper Basin Gasfields.

7NEWS understands that is where the company’s major operations will be run.

The decision will strengthen ties to the company’s liquefied natural gas export facility in Queensland. 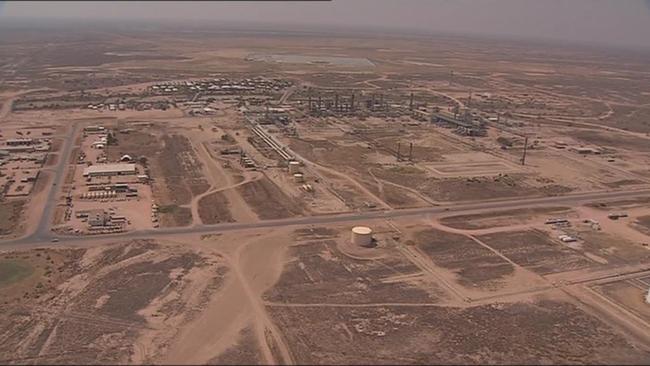 Some workers have been reportedly asked to sign confidentiality agreements in a bid to prevent the news from leaking.

Up to 200 staff, many of which are based at Santos’ Flinders Street Headquarters, are expected to be relocated or made redundant.

A final decision was initially expected to be made within a fortnight but could be made official in the coming days.

The company is one of the South Australia’s largest corporate citizens, but the state government says it was unaware of any movements as of Friday afternoon.

In a statement to 7NEWS, Santos confirmed some positions now based in Adelaide will move to Brisbane and others will move from Perth and Brisbane to Adelaide, but says there will be no reduction in the company’s net jobs in South Australia.