More tower sections were removed today (Sunday). In the second picture workers were removing the bracing between the actual building and the tower. Check out the worker lying face down on the bracing.

The tower crane is now completely removed. (Soon to reappear at Bohem?)
Top

Probably should have waited for a blue sky but here's a 'before and after' shot given Vue is more or less complete structurally.

This building has a Gotham City vibe happening...
Opportunity is missed by most people because it is dressed in overalls and looks like work.
Top

Wayno wrote " This building has a Gotham City vibe happening..."
especially in low light or stormy weather as in my picture from Saturday.
Top

Work is progressing on the main ground floor entrance. picture 16Apr 2016. The street front ceiling for the verandah is Golden/ brownish coloured Alucobond.

Would have been good if the whole building was done in this alucabond gold colour...Could it be the colour & material used for the exterior of the gold building proposed on the Le Cornu site?
Top

My guess is that this was the Architect's original selection for the entire building but the cost manager and developer drove a change to the cheaper brown cladding & glazing (and the visible a/c units). Bronze glass is very expensive.
Top

If only Vue had cladding like the new Abian tower in Brisbane... Dark carbon grey with a great reflective quality, would have done justice to the interesting floorplate change design of Vue. 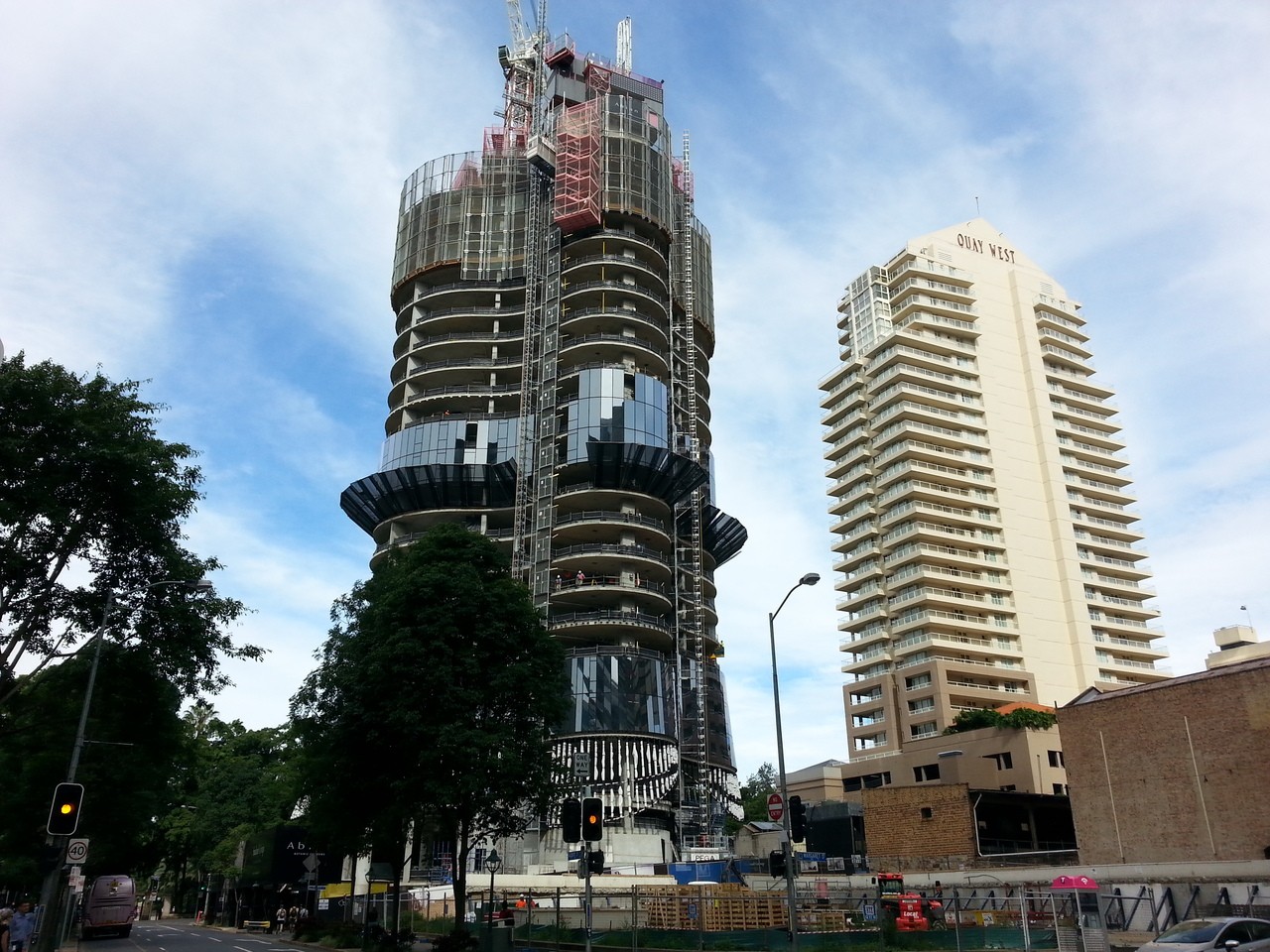 Clearly photoshopped. Everything ( except the sky) is in grayscale. The trees are black, and the yellow and blue of the adjacent building is washed out. A desperate admission by the developers that they didn't deliver what they promised.
Top

Work is progressing on the ground floor level and the foot path. There is a large space for one large shop or 2 smaller tenancies then the main entrance to the lobby then another similar large space or again 2 smaller shops. Too late for any decent picture.
Top

A couple of shots from today, without the heavy Instagram style filtering.... The podium nearing practical completion before tenants move in. The Western side of the tower has has the glazing cleaned and the difference is stark, there may be a slight hope for the end result yet.