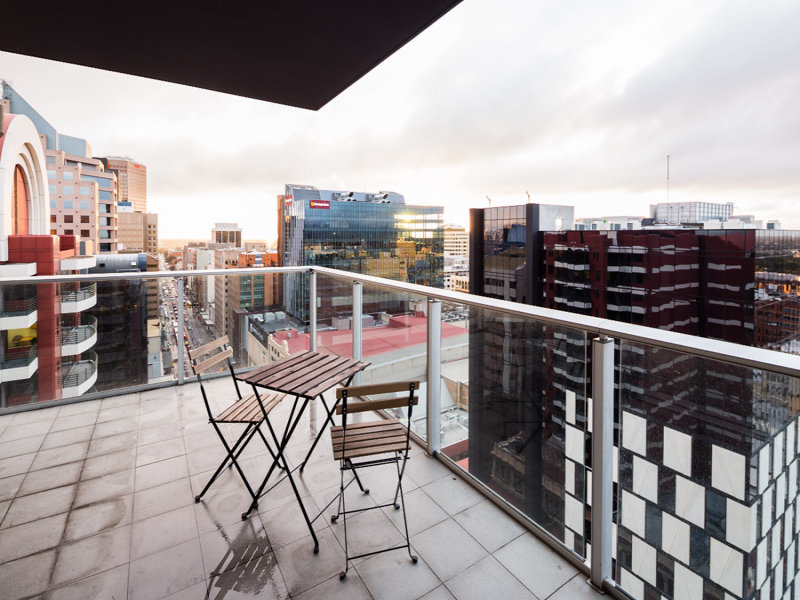 This building is very appealing. Well done to these guys.
cheers,
Rhino
Top

Quite an attractive building.

Overall I think it looks quite good. I'm still not quite sure about the style of the cladding where it has bits sticking out, sort of looks a bit 60s style to me (in a bad way). But it might actually be ok. I'll need to see it for myself to know.
Top

pushbutton wrote:Overall I think it looks quite good. I'm still not quite sure about the style of the cladding where it has bits sticking out, sort of looks a bit 60s style to me (in a bad way). But it might actually be ok. I'll need to see it for myself to know.

This was the feature that worried me from the renders, but they did well in execution. The panels break up the black shiny façade and give it some visual interest. Without them it would just be a (shiny) black hole.
Exit on the right in the direction of travel.
Top

The lighting features for this building have been applied and they look really good. Excuse my poor quality iPhone photos from this morning but you can see how the concrete panels when lit throw some interesting shadows. This building is turning out fantastic.
Walking on over....

I also walked past this morning and noticed the underside of the internal staircase on ground floor is lit in this electric blue colour ... quite eye-catching.
Top

Love this! Was strongly opposed before due to the demolition of the Jade Monkey, however they've really justified it with the quality of the final product. Still would've been great to see the Jade remain and thrive on in it's former location, but sometimes sacrifices must be made.
Top Ibis Australia general manager Nathan Frost said the company’s Grenfell St hotel has strong forward bookings linked to the change in the city, and was virtually sold out for the ICC Cricket World Cup clash between India and Pakistan at Adelaide Oval on February 15.

The $63 million, 311-room hotel overlooking Hindmarsh Square has sweeping views of the Adelaide Hills as well as Adelaide Oval and is due to open on July 18.

“We are seeing the result of the increased interest in Adelaide with the Oval’s upgrade and also the Adelaide Convention Centre,” Mr Frost said.

“With Port Adelaide in contention for the finals, and the cricket coming up, it is a very good time to open.”

The hotel has 60 employees and its rooms include 13 special access rooms to cater for those with wheelchairs.

Furniture and joinery is ­locally made from Workspace at Melrose Park.

Other city hotels under construction include the Mayfair in the former Colonial Mutual Life building in King William St with 170 luxury suites and Quest King William South featuring 105 studio, one and two-bedroom apartments, due to open next month.
http://www.adelaidenow.com.au/news/sout ... 6979071352

Looks like I'm one of a minority on here that doesn't like it. One interesting precast panel repeated with black glass. Yes it's nice to have a new and somewhat contemporary building on the skyline, but it's nothing special. The signage is the best part. the before photo was a real dump.
Top

the before photo was a real dump.

Agreed. Massive improvement. However, would it hurt if Grenfell Street had a few more trees? Between KWS and Pultney it's so tree-less that it genuinely looks bland and kinda filthy.
Top
Post Reply
499 posts