Yep and after being the epicentre of the largest boom in Australia's history and squandering most of it, W.A has somehow managed to end up with one of the worst balance sheets in the country.

And now W.A is crying poor to the Feds about tax distribution......sob sob, sniff sniff

You all do realise how much WA tax has been redistributed to SA in the last decade don't you? Celebrate a win for SA by all means, and there are some good things coming out of SA at present, but really, those comments are a little petty.

WA people have a short memory... prior to around 2007-8 WA was a massive net recipient of Commonwealth fund transfers since Federation, more so than SA inflation adjusted.

In fairness to West Australians, they are fed the same kind of idiotic quality of narrative that we get in the Advertiser from their main paper and it doesn't help that their own Treasury publishes cherry picked dates to make it look like they always got the short straw.

You never hear how the '30c in the dollar' was never that low after other Federal transfers (never went below about 70c net at worst), they conveniently ignore the huge transfers to Tas and NT per head, they ignore that the transfers began purely to assist WA back in the day and of course the WA Govt was silent on the Grants Commission formula (which was known and fixed) until it began working against them - at which time it was 'suddenly' intolerable.

The defence spend is also obviously going to 'leak' massively to other States because there is no way that SA alone has the capability to fulfil all these contracts even with growth and that too is well known to the WA government. However it's much easier to point over to those awful South Australians and call them bludgers than to ask how exactly the WA budget ended up in crisis... maybe they should try selling some government assets and less subsidies of their utilities?

On topic, SA's history of space and rocket research is unquestionable and therefore it's entirely justified that SA should be the site of any space agency. I agree that some kind of space and rocketry museum on the site would be be a major tourist/educational drawcard.
Top

Some of the potential exhibits in a rocketry museum are probably in WA now. The Woomera Instrumented Range went northwest all the way to the coast, so some of the test rockets probably fell to earth there.
Top

Went past this site on the weekend and demolition has been completed on the old ED and is currently underway on the former entrance foyer. The demolition shouldn't be too extensive though, as the recent renders of the site indicate that the Theatre & Outpatient buildings are being kept but completely refurbished like the Air Apartments. It will be interesting to see what becomes of not only the massive basement on level 2, but also of the 2/3 levels of service tunnels that run all around the site.
Top


t was the grand proposal once mooted as a way to bring Indigenous cultures together from across Australia.

Key points:
Traditional owners have opened up on the family divisions that came about during negotiations
The NT Government revealed last week that the project's future was now under a cloud
Alice Springs town councillor Eli Melky has travelled with two of the traditional owners to Darwin
Now, plans for a National Indigenous Art Gallery in Alice Springs are all but dead and buried, with key traditional owners vetoing their cultural approval last week.

Maybe Marshall knew something that we didn't? 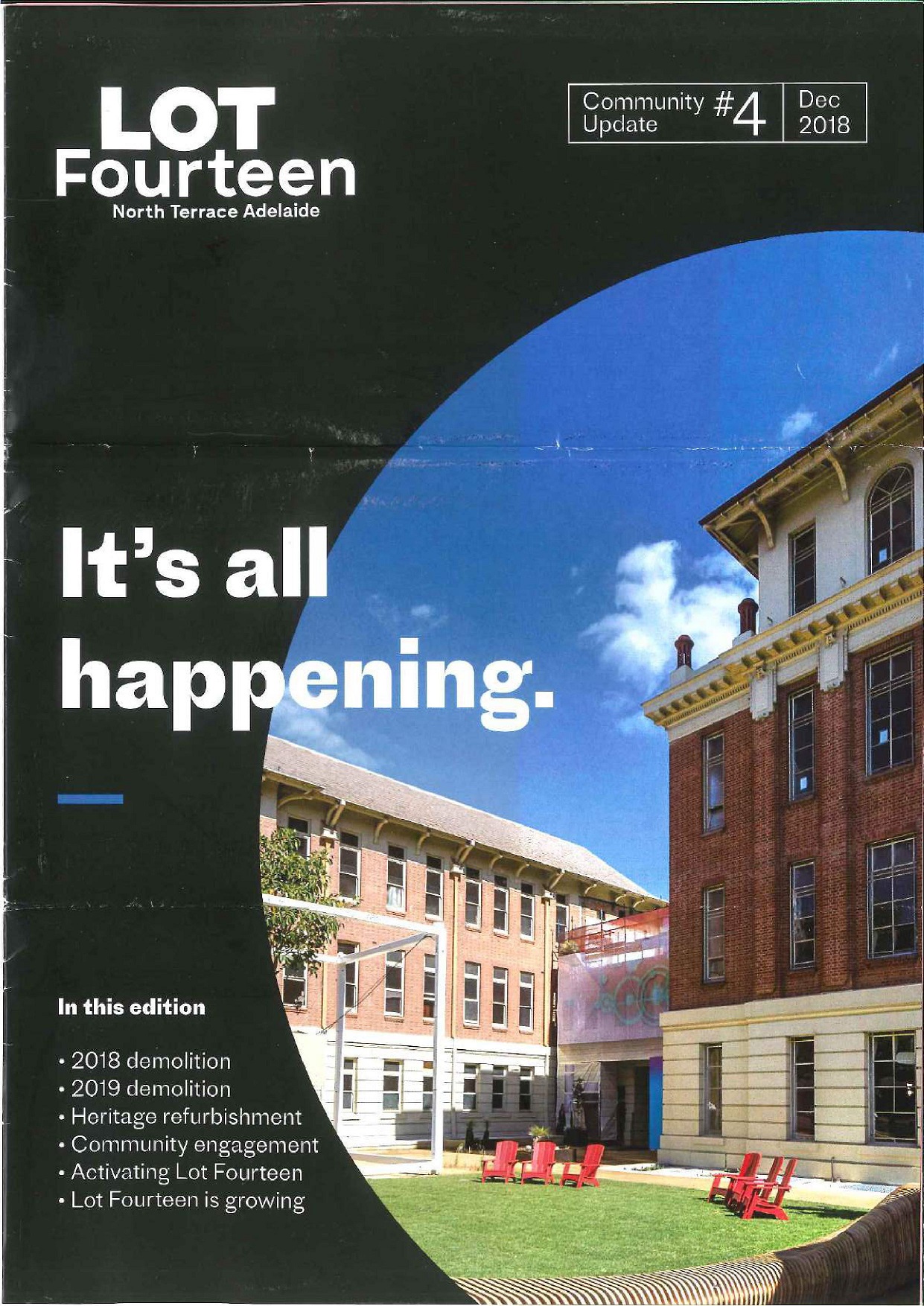 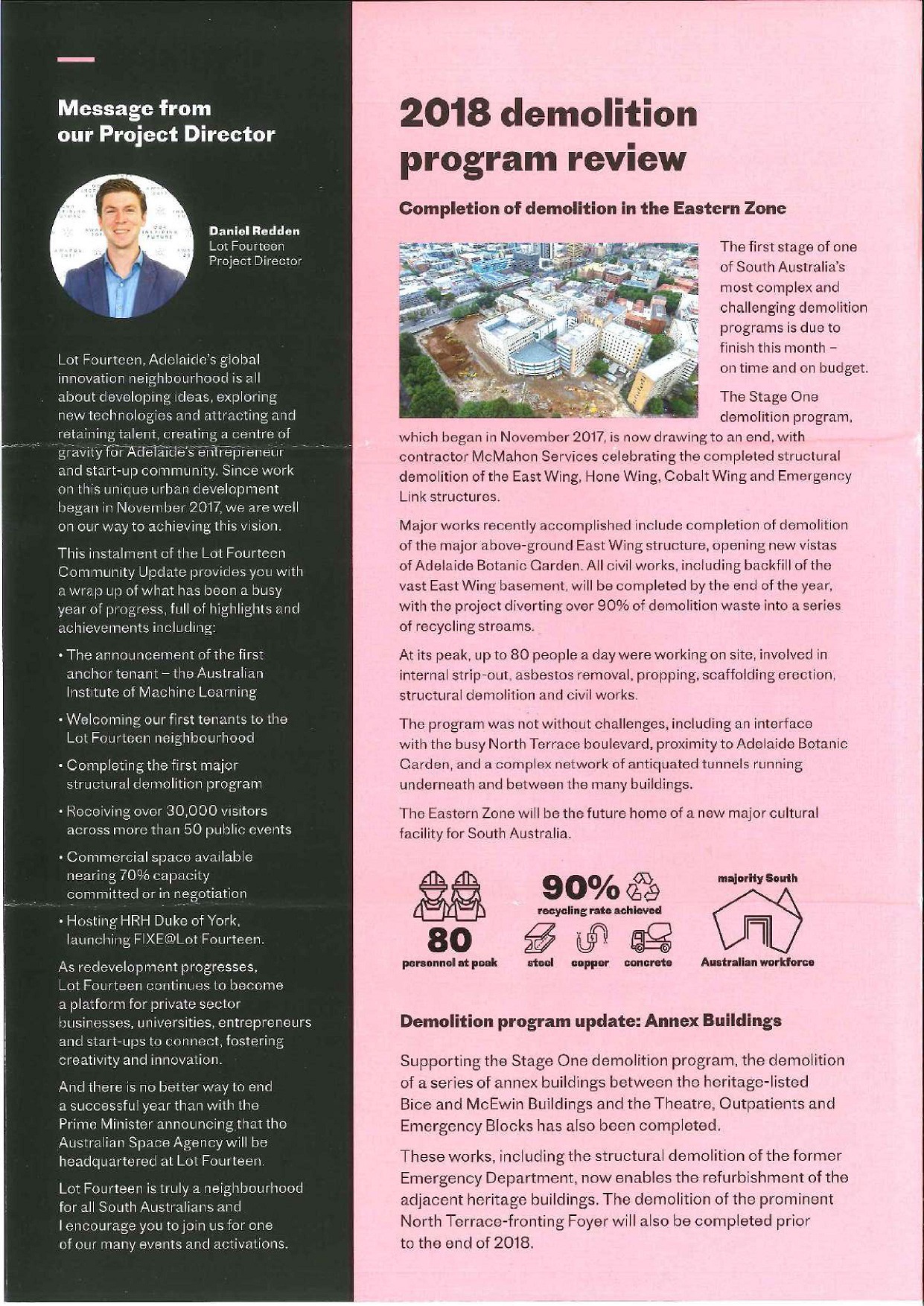 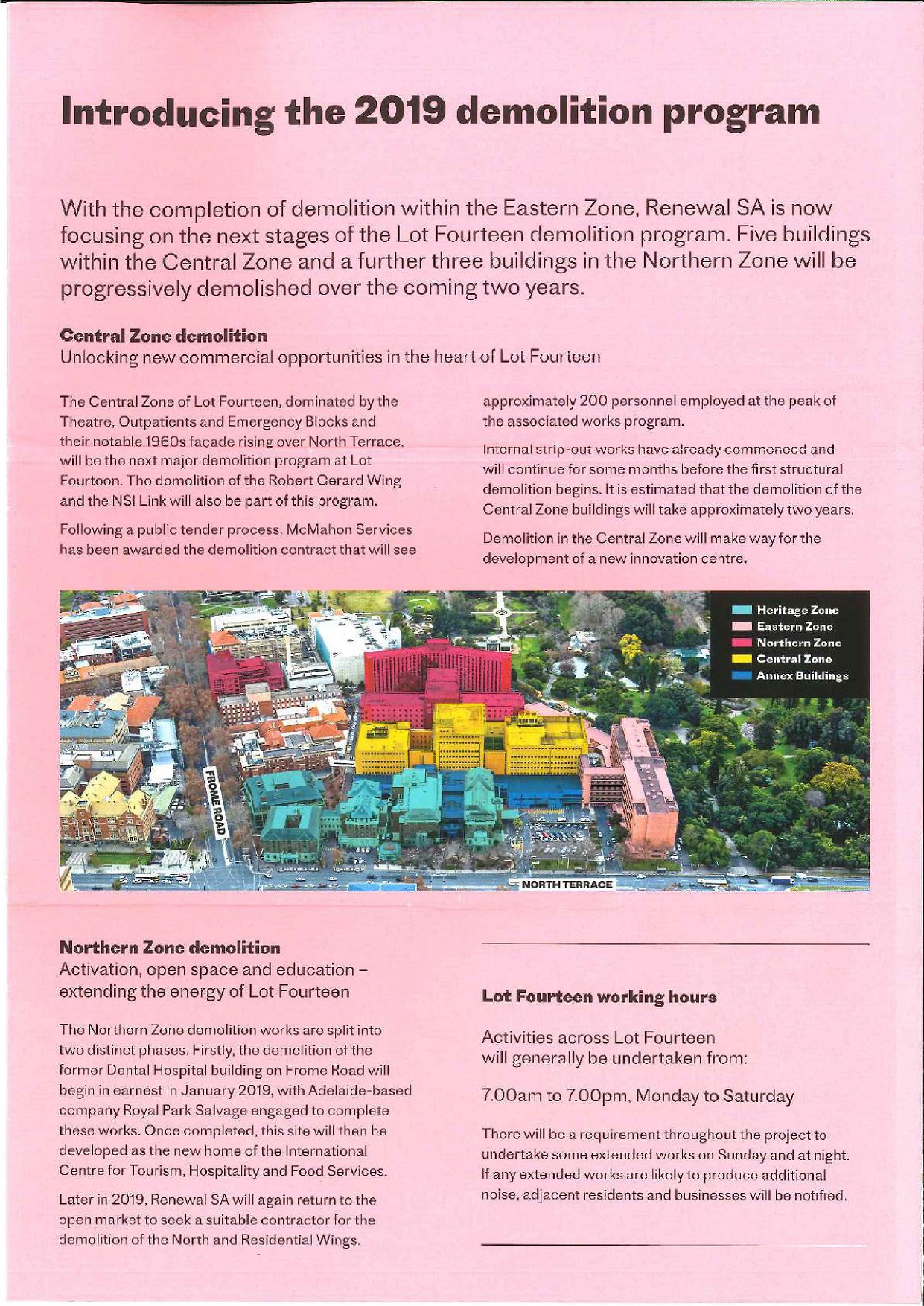 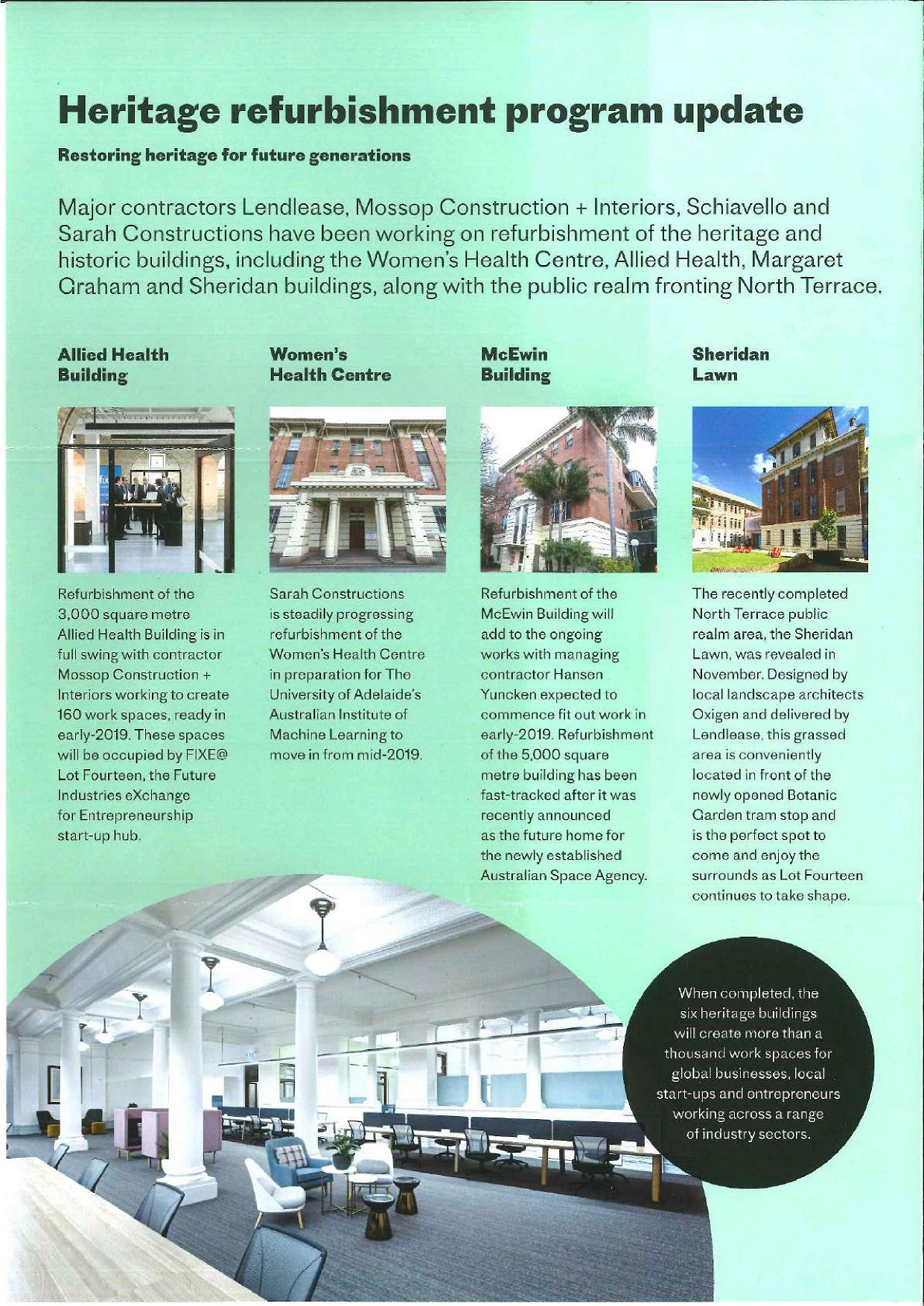 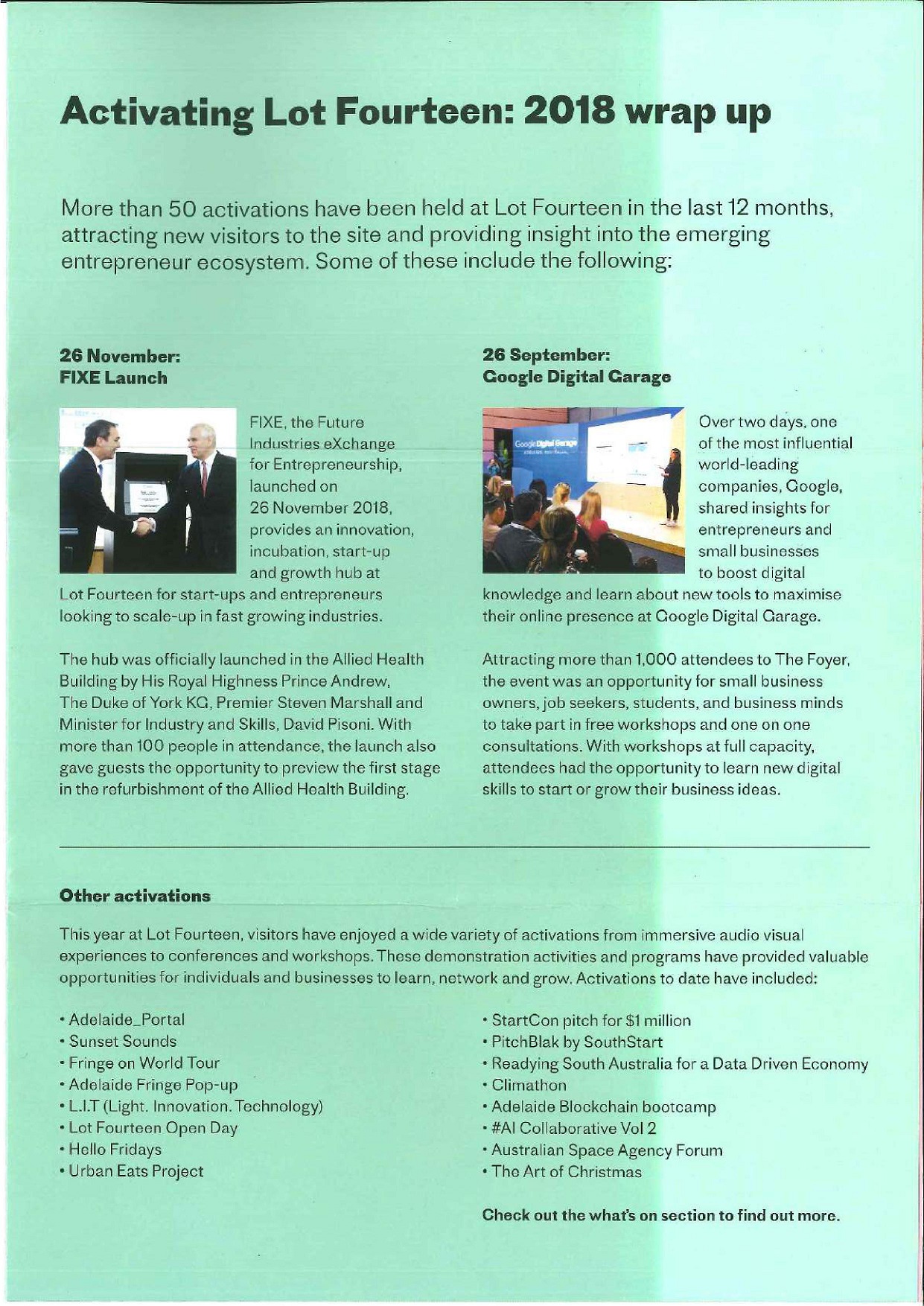 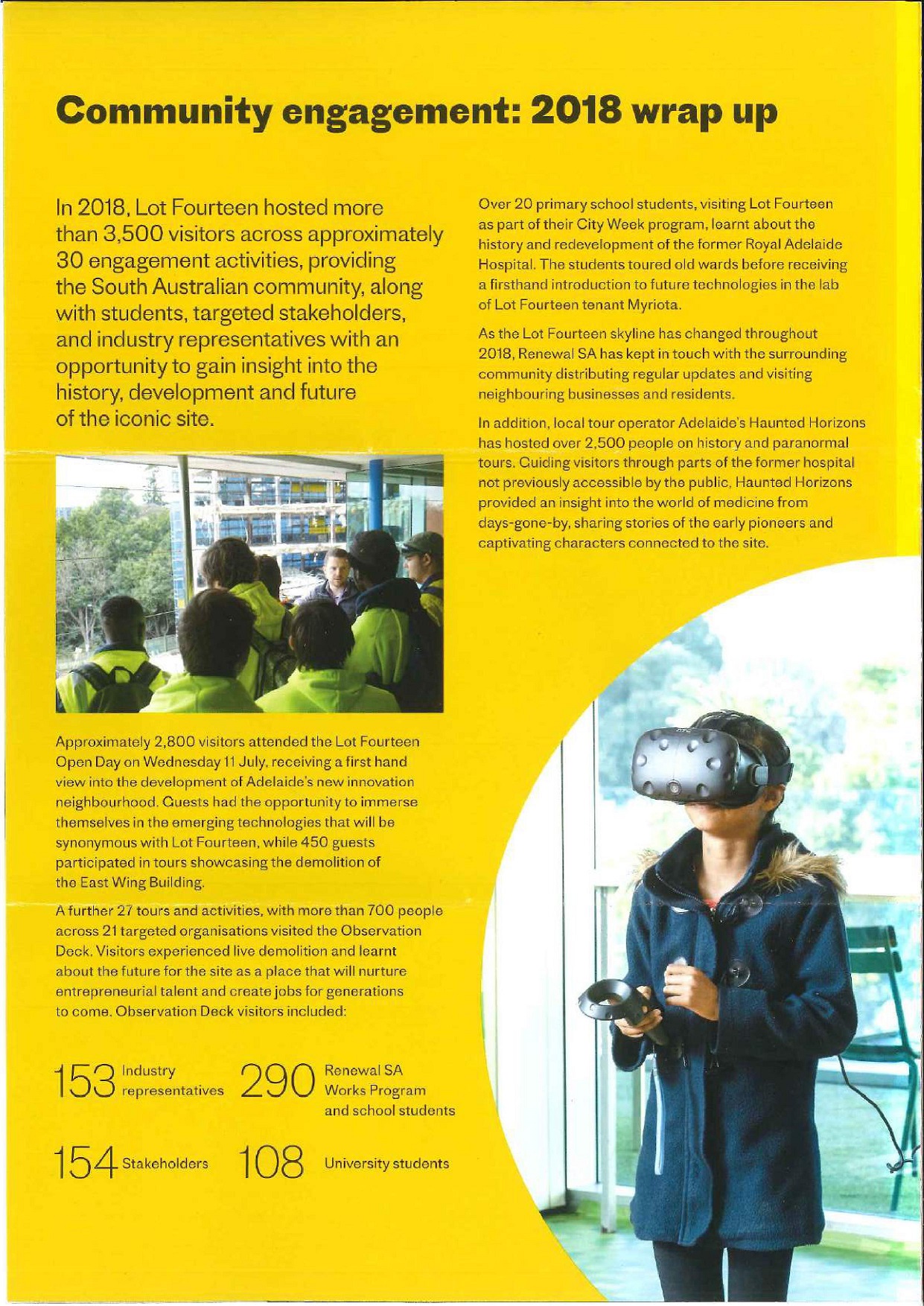 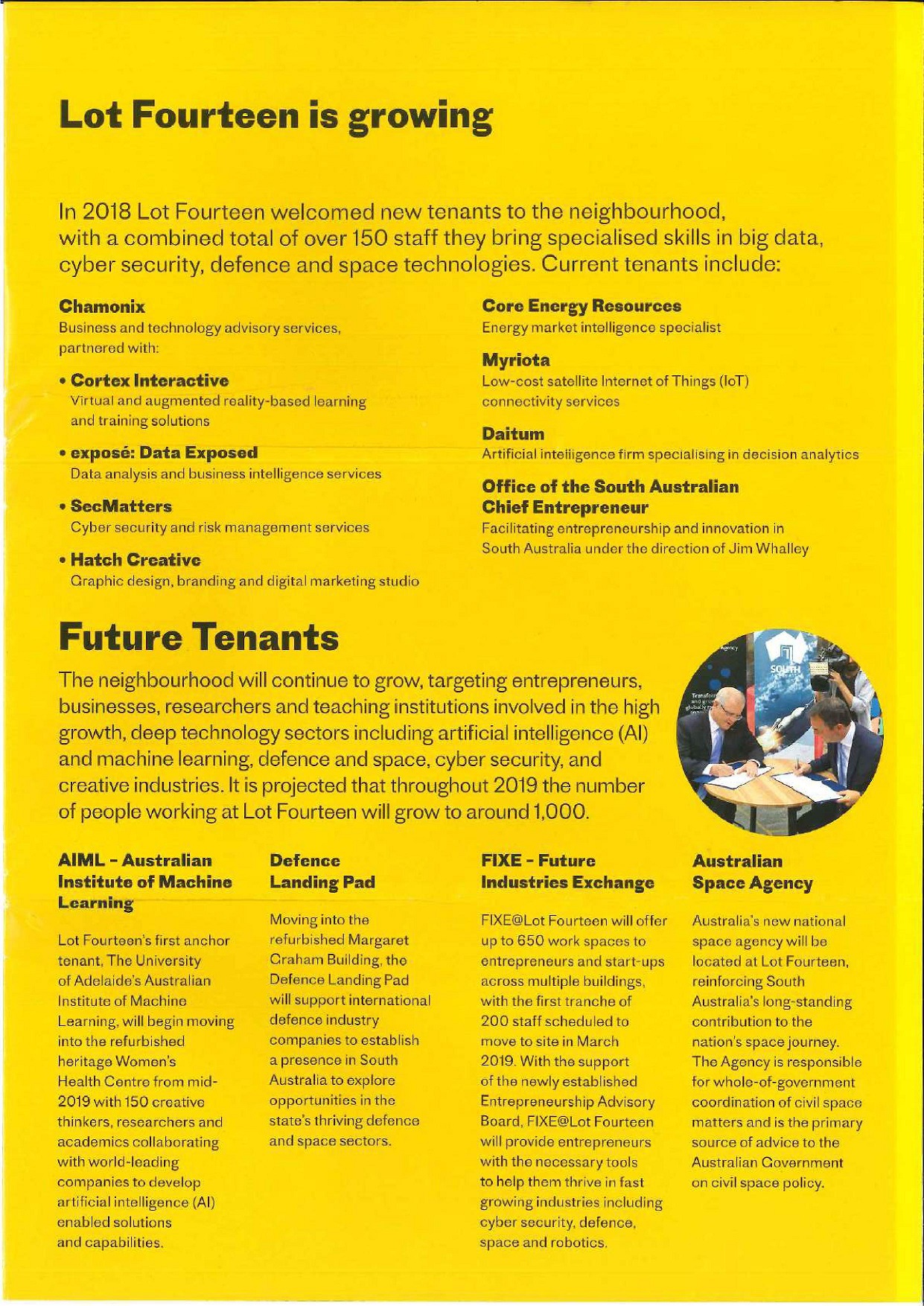 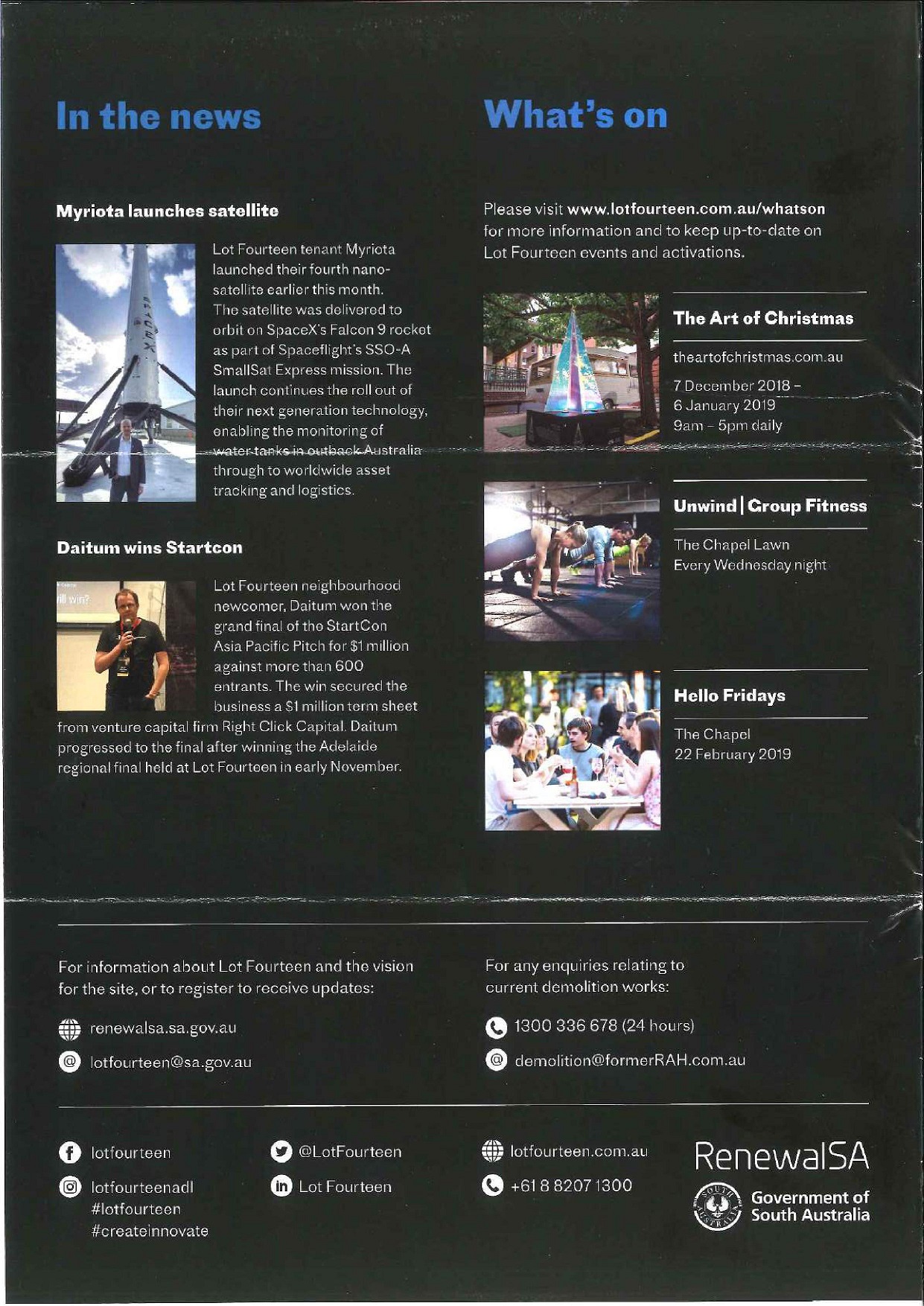 The carpark and Hanson Institute no longer marked for demolition. :/
Top

Disappointing! Those buildings are utterly without merit. I'm sure as the site becomes more successful there will be other opportunities to redevelop these areas, if not return them to botanic gardens.
Top

Well there ya go, the so-called International Centre for Tourism, Hospitality and Food Services is planned to go on the former dental hospital site.
Keep Adelaide Weird
Top

I guess this all but seals the fate of the LCB development on North Terrace being dead.

I wasn't aware the carpark was earmarked for demo? The Hanson Institute should surely go, but given car-parking will be demanded I can live with it staying (as opposed to it being demolished only for another to be built).
Keep Adelaide Weird
Top

I thought they were keeping the Residential Wing (the former Nurses Building at the rear of the site which is sort of shaped like a V)?
Baytram 366's Flickr: http://www.flickr.com/photos/34520752@N07/collections
Top

baytram366 wrote: ↑
Fri Jan 18, 2019 2:13 pm
I thought they were keeping the Residential Wing (the former Nurses Building at the rear of the site which is sort of shaped like a V)?

I don't think that's ever been marked for retention has it?
Top

I'm sure I saw a photo / read something on one of their updates stating that this building would be most likely kept and re-used. It might sound strange but I think at the very least The Chapel should be kept as the interior is quite unique. A lot of these buildings that are being demolished at the old RAH have had very few modifications over the years and are fantastic examples of 1960's - 70's architecture of which there are few examples in Adelaide that haven't been heavily modified.
The morgue would make a great medical museum or similar. I was lucky enough to see it on a tour and it hasn't been changed at all since it was built and was in great condition. Sadly its slated for demolition also.
Baytram 366's Flickr: http://www.flickr.com/photos/34520752@N07/collections
Top

The parking station should be demolished, if there's need for parking it should be built underground.

I dont know how they got away with building it in the first place so close to the Botanic Gardens.