When the State Admin buildings around Victoria Sq were put on the market years ago by the former Govt, I wondered if this new tower could have been their likely place to move into one day (as they did the deal with Walker also). Then the deal fell over with C&G. Do you think the current Govt would consider moving in or possibly Labour, if they got back in 2022?
Top

From today - work on the riverbank entrance to the station and the lead up to the plaza and new casino. 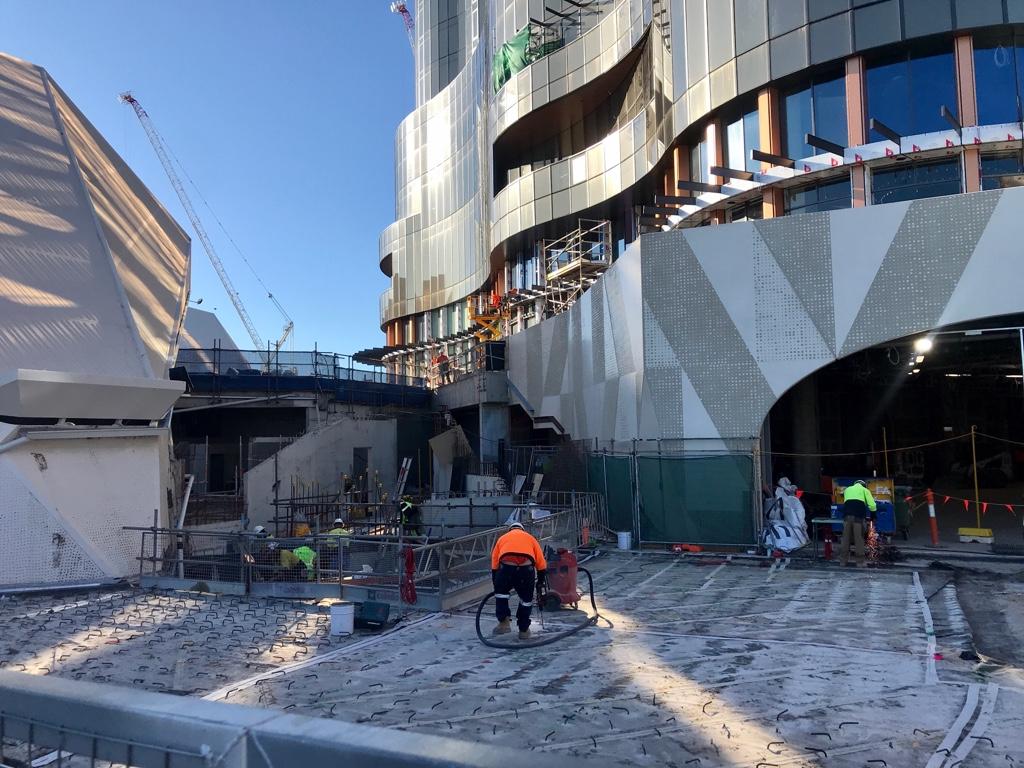 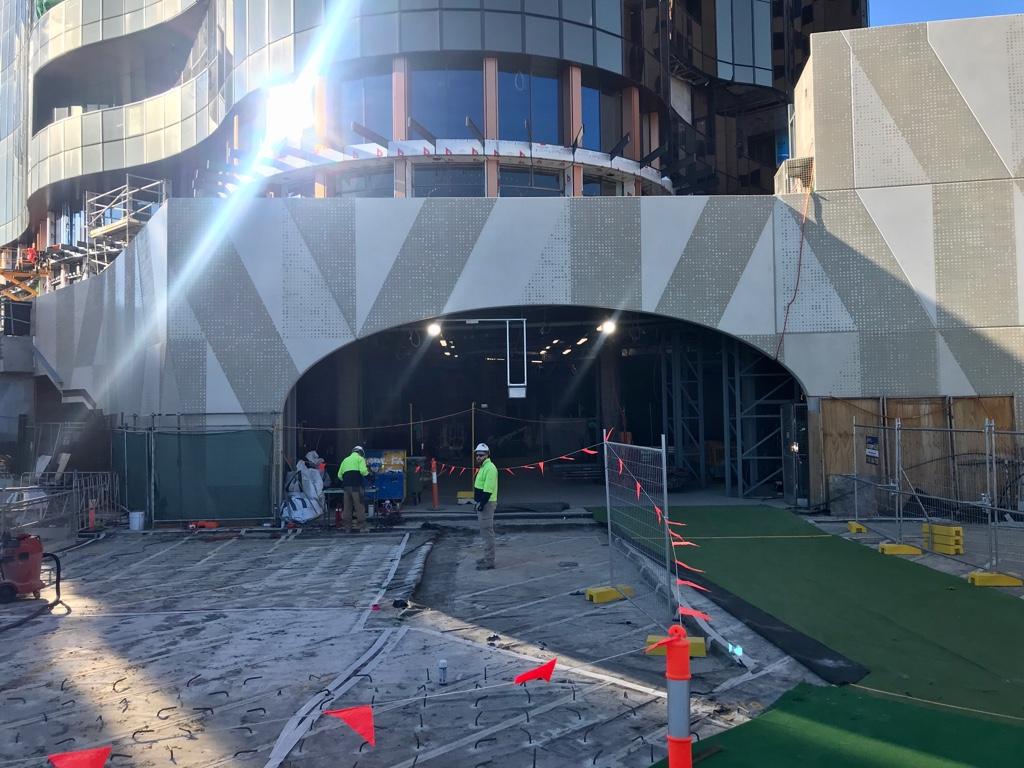 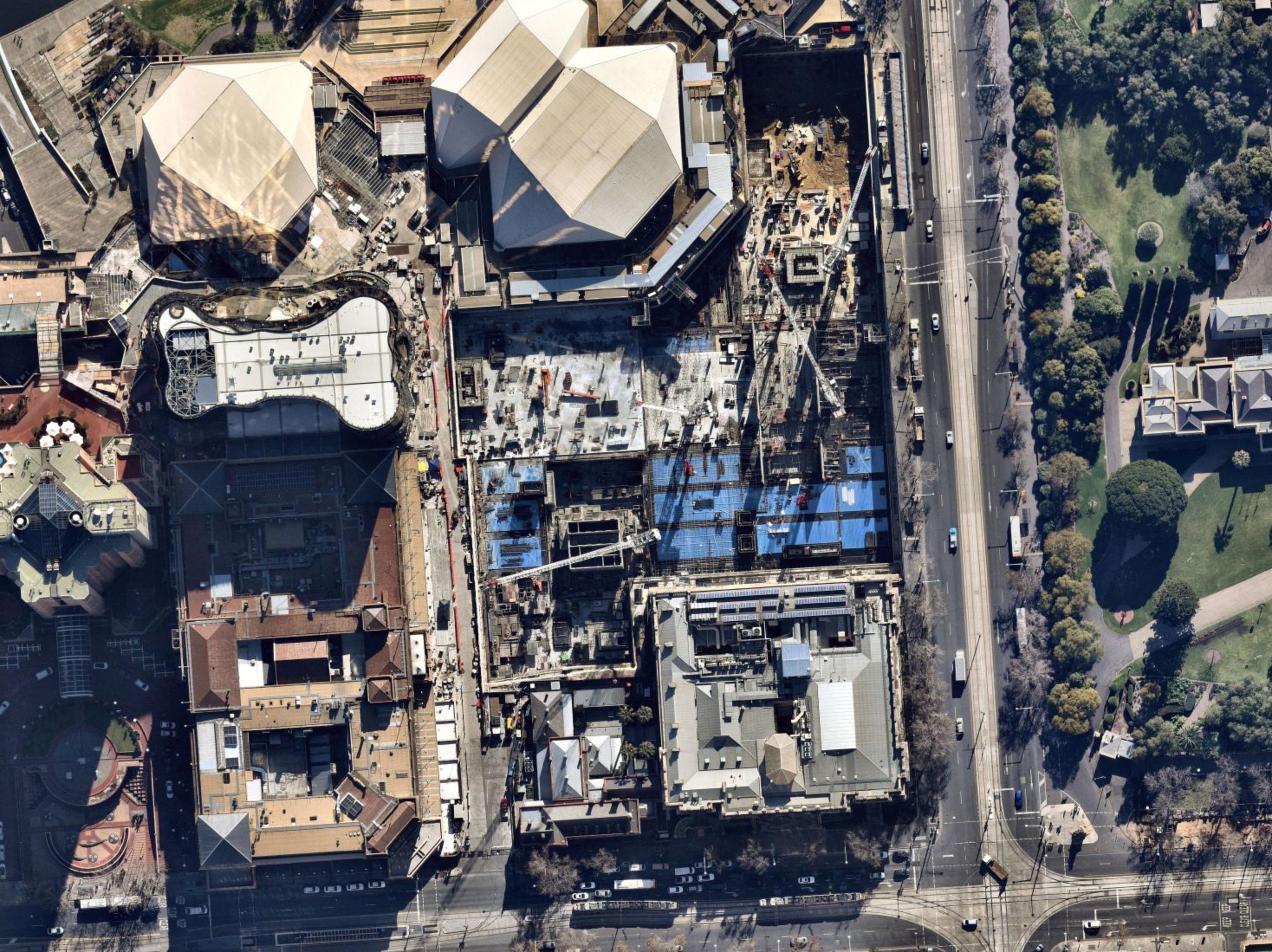 Maybe the new casino should be christened the golden dog's bone....
Top

DPTI's video promoting their new statewide Planning and Design Code has a brief wide shot of the Riverbank precinct. The Festival Plaza tower is only a simple wireframe but I think it's the first time we've seen a proper visualisation of how it will fit into the skyline with surrounding buildings. The concept art we've seen has shown the tower but only from on-the-ground perspective shots that don't actually show the bigger picture.

There's also concept art floating around from the perspectives of Elder Park and King William Road. The one perspective I've never seen, however, is from North Tce with Parliament House in the foreground -- I believe this has been deliberately withheld so as not to show the public just how overbearing/overshadowing it will be.
Keep Adelaide Weird
Top

Are there going to be shops in the train station access tunnel?
Top

These are some renders from a few years ago, for those who never saw it, or would appreciate a reminder. I think the design has been updated since then, but the height and size is roughly the same, so similar impact on the skyline.

Hi I’m new here, a user from reddit recommended I post some photos I shared there on this forum.

These include some photos of the new Sofitel hotel, the new Skycity building and on the riverbank.

DfIT chief's update from the riverbank: