Really like this building. The only let down for me is the balcony treatment; I wish they'd at least used the same shade of glass so they didn't look so incongruous with the overall design. Also keen to see stage 2 come sooner rather than later.
Keep Adelaide Weird
Top

I spoke to someone earlier this year with a bit of internal knowledge of United Communities, they reckon stage 2 will likely be a couple of years off. That said, let's hope it's sooner rather than later.
Top

A few photos from this week 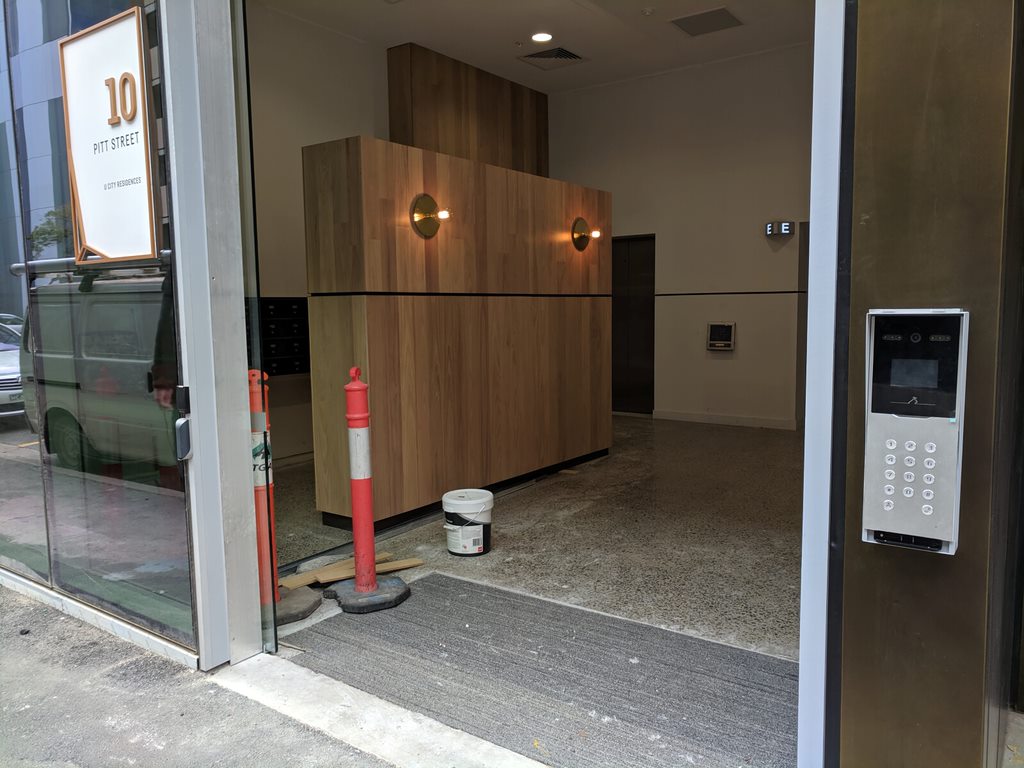 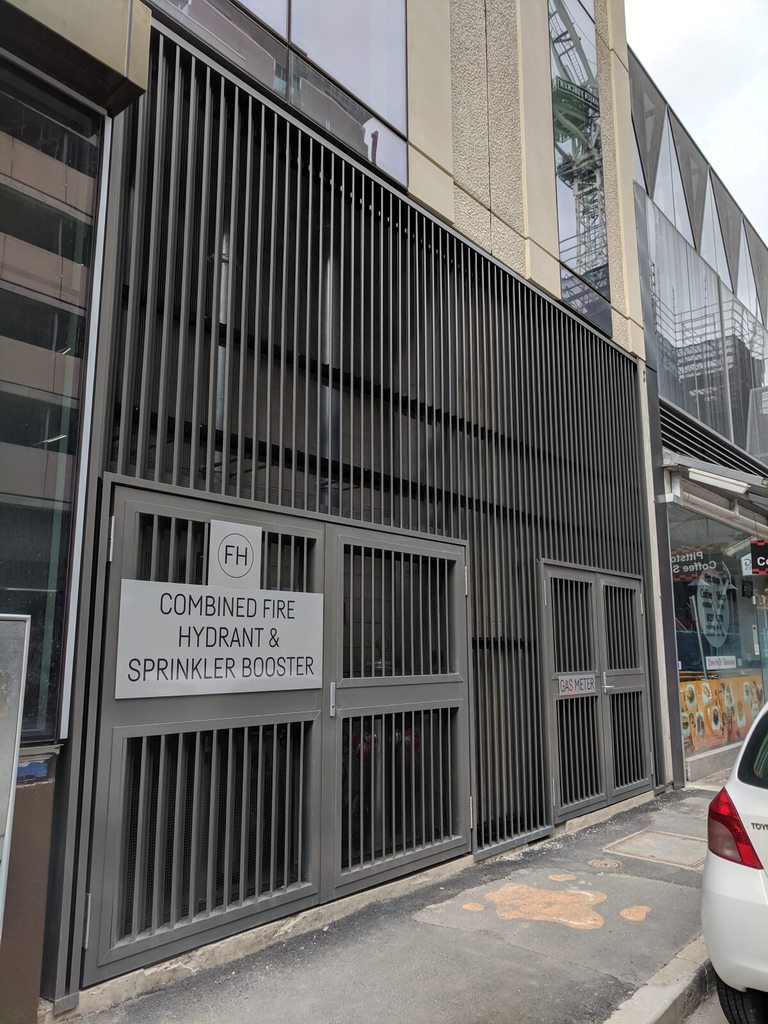 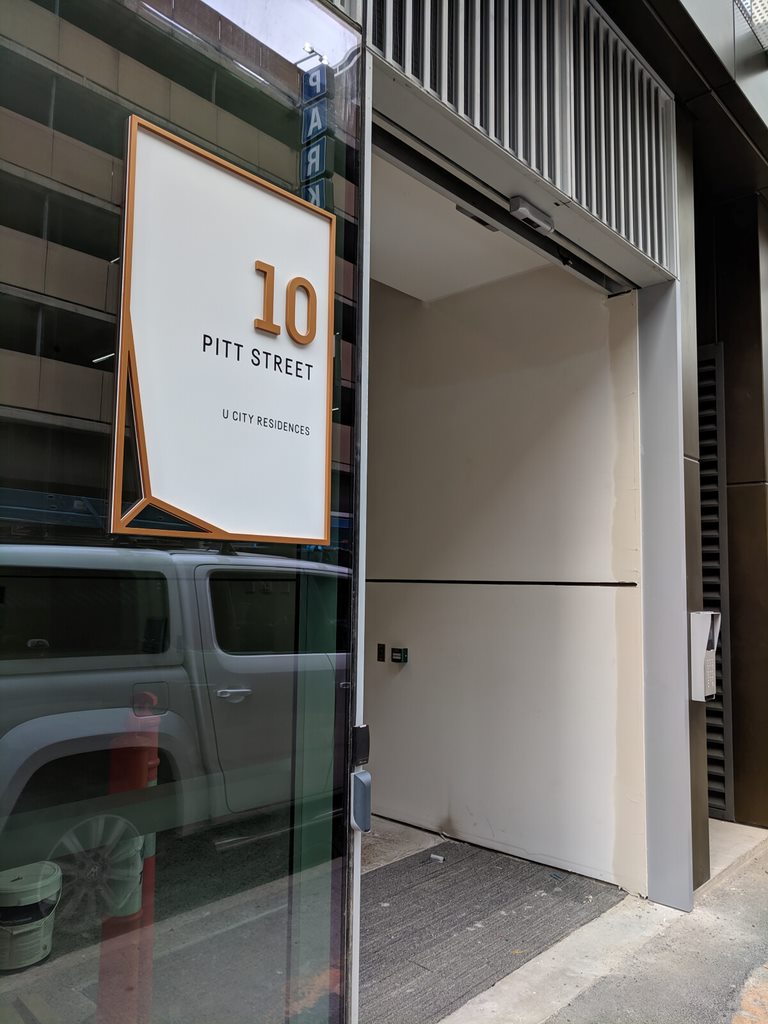 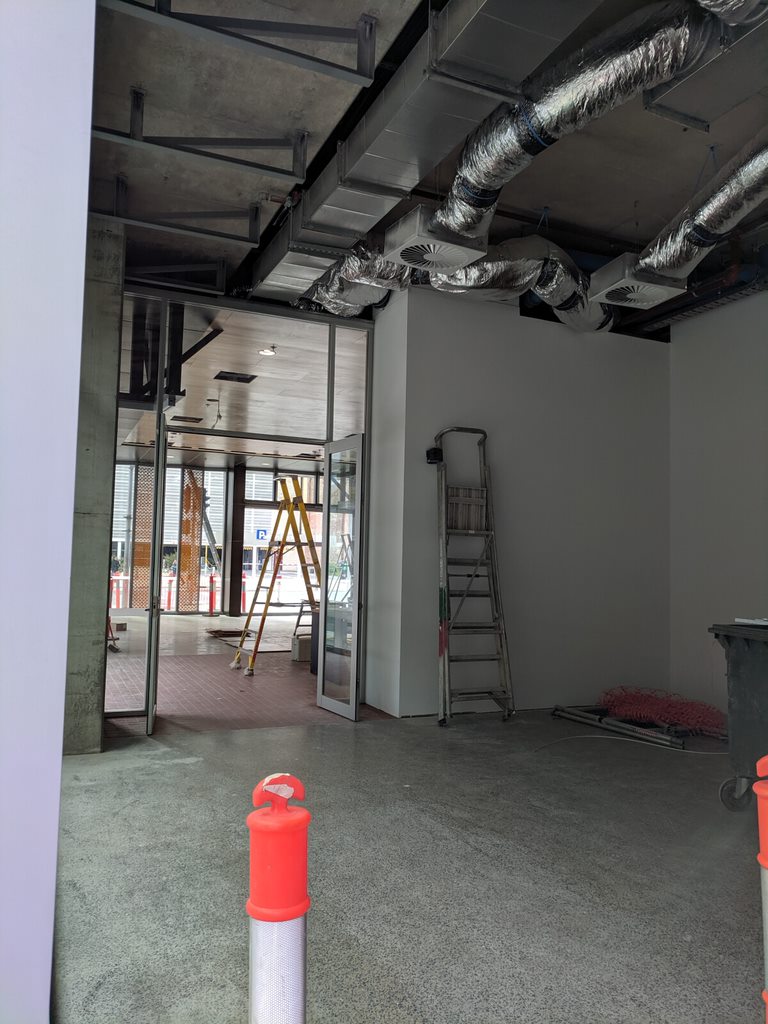 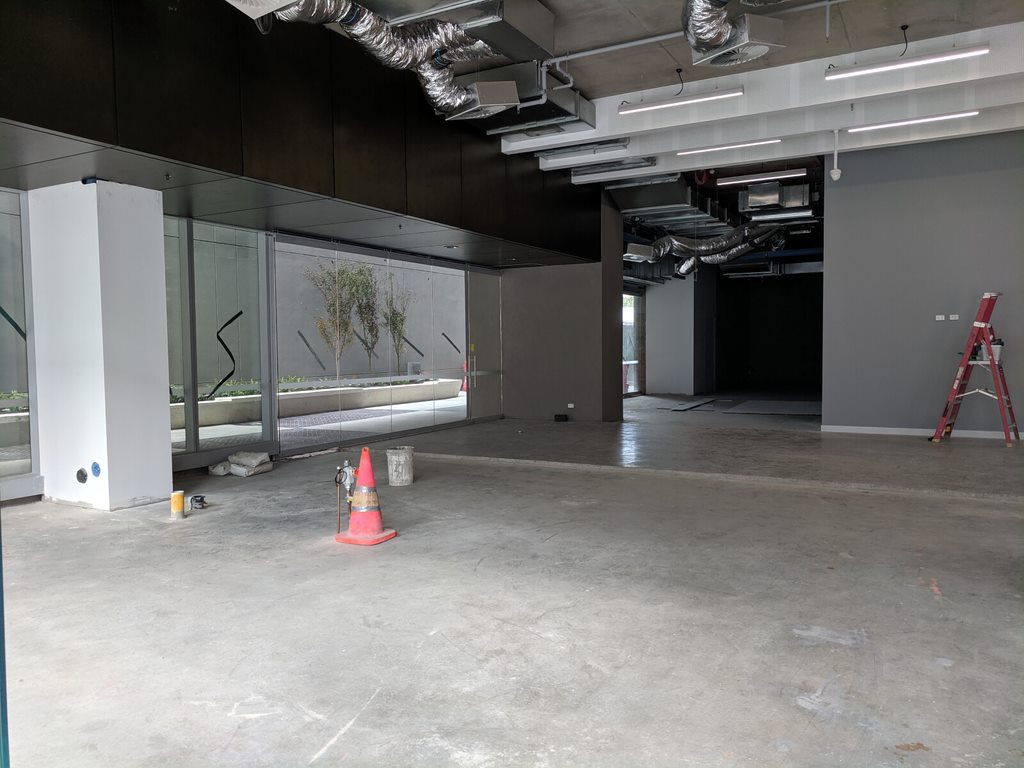 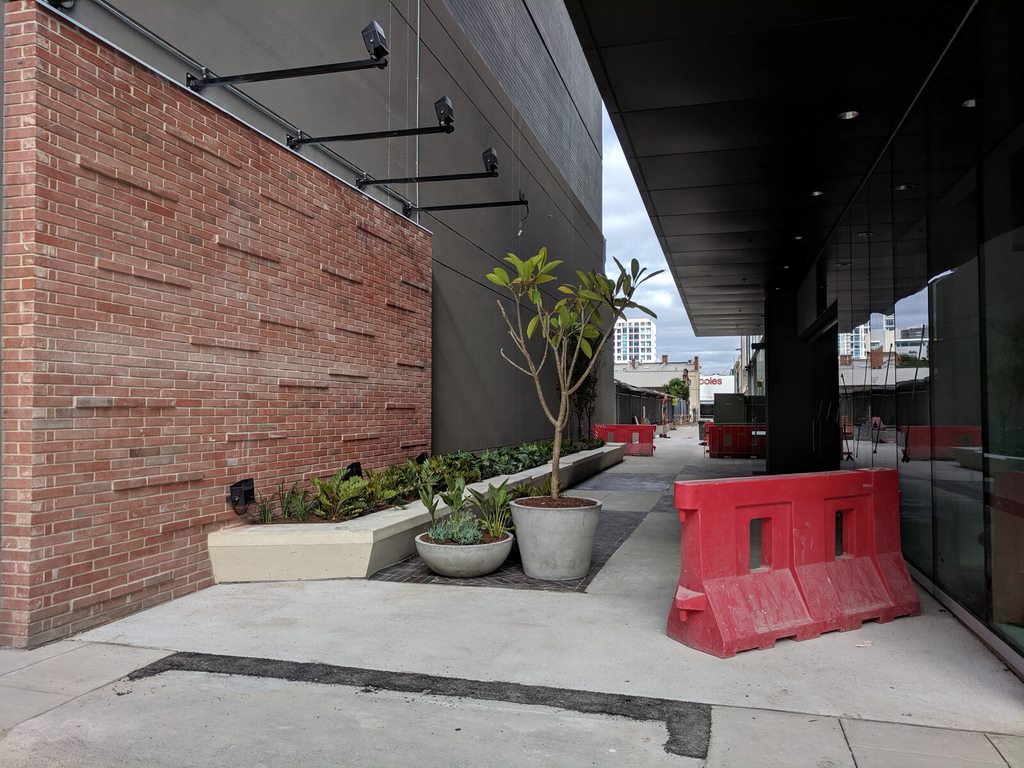 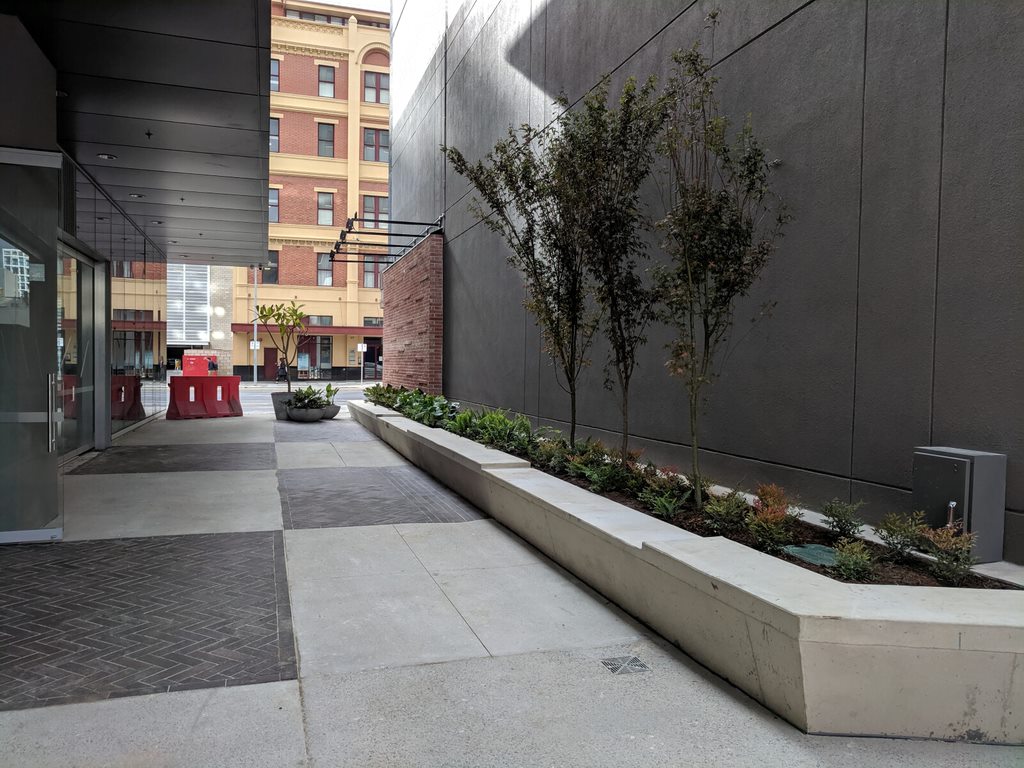 Looks great, thanks for the photos

This looked spectacular in the late afternoon light tonight; not sure if the photos convey it fully.


$100m Adelaide CBD tower to transform how we work and live
A groundbreaking mixed-use $100 million CBD tower which opens on Tuesday will change how we live and work together.

A sparkling new, $100 million Adelaide building on the site of a controversially demolished church will herald a vastly different way of communal living and working when it opens on Tuesday.

“We are changing how CBD buildings can function,” said Uniting Communities chief executive office Simon Schrapel of the 20 storey, U City tower which has replaced the 1965 built Maughan Chuch that drew sustained public protests when it was knocked down three years ago.

“We have put all elements of a community together and given value to each one,” he said. The innovative mixed-use concept will see Adelaide law firm Finlaysons move into a building also populated by retirement apartments, specialist disability living, social services, medical facilities and 250 staff from Uniting Communities who have relocated from nearby Pitt St.

“We are an anchor tenant for ourselves,” Mr Schrapel said.

Finlaysons has committing to house its HQ across two floors — 2500sq m — from next year.

“We want to be a progressive social firm and we saw this as an opportunity to partner in a sense with one of the most progressive not-for-profit organisations in Adelaide and share their vision on bringing social groups together” said Finlayson’s managing partner, David Martin.

The landmark, circular Maughan church had its provisional heritage protection removed at the request of the State Government but its history has not been lost said Alex Hall, a lead architect with project designers Woods Bagot.

“More than 2000 bricks and lot of glass from the church has been reused and the organ pipes are being made into a sculpture to go in the lobby,” he said.

Uniting Communities is bringing in staff from across Adelaide into its new HQ but office use is a mere part of the building’s core purpose Mr Hall said.

“They are moving from a care based model to a wellness based model,” he said. “We couldn’t design one space for everyone, we had to cater for different needs.”

There are four physical sections to U City he said, the ground floor and lower part which will comprise function rooms social services to showcase Uniting Communities, a mid level office space area, 21 respite and disability apartments and the top part which will boast 41 retirement living apartments with the initial occupants expected to move in next week.

The specialist disability accommodation features work tops, tables and even ovens and sinks that are height adjustable to suit anyone with a disability and their carers.

Colliers International director Lyn Gray has been advising Uniting Communities on facilities management and leasing for the past three years.

Colliers will have six full time staff operating out of the new building she said, including four concierge staff working a 24/7 roster.

The lobby area will also feature a 2.5 metre high Lego model of U City to show just how the 900 people it will hold on a full day, might interact.

Colliers has also co-ordinated the ground floor cafe and restaurant lease to Luigi’s Delicatessen which is panned to open shortly.

Welcoming the public is essential Mr Schrapel said, a wedding reception is already booked and there are 18 ‘hotel’ bedrooms that can be hired by anyone keen on a CBD stopover.

As expected, the building is super ‘green’, solar panels on the roof and the highest levels of green star certification (residential and office have different standards for example) met.

“The building has no shortcuts, it has been designed to achieve a 6-star Greenstar rating and a 5-star NABERS energy rating. The building will be carbon neutral and is anticipated to deliver a 45 per cent reduction in energy costs for its occupants,” Mr Schrapel said.

Already the building has been attracting much interest from South-East Asia as a way of CBD living Mr Hall said.

“It’s a massive benchmark for Woods Bagot globally,” he said but the impact might not be immediate.

“It won’t reveal itself for two or three years, when office workers become used to working alongside social services (and more),” he said.

Users browsing this forum: No registered users and 10 guests