Kinda hope a 15-25 storey tower proposal is revived for the behind the Masonic Lodge, as it'd hopefully help improve Synagogue Place, provide connection to North Tce and balance this tower out.
Keep Adelaide Weird
Top

This along with Realm have definitely changed the east end. Hopefully we get a few more tallish towers on this end to create a nice cluster.

I think there was another core rise yesterday too.
Walking on over....

I received a sales email update last night that stated this as the opening line :

Only 5 floors to go until Adelaide's tallest building "tops out".

The rest of the email is about the display suite in Paxton Walk, some apartments left for sale, and the move in date still scheduled for Q1 2020.
Top

From today further up Frome 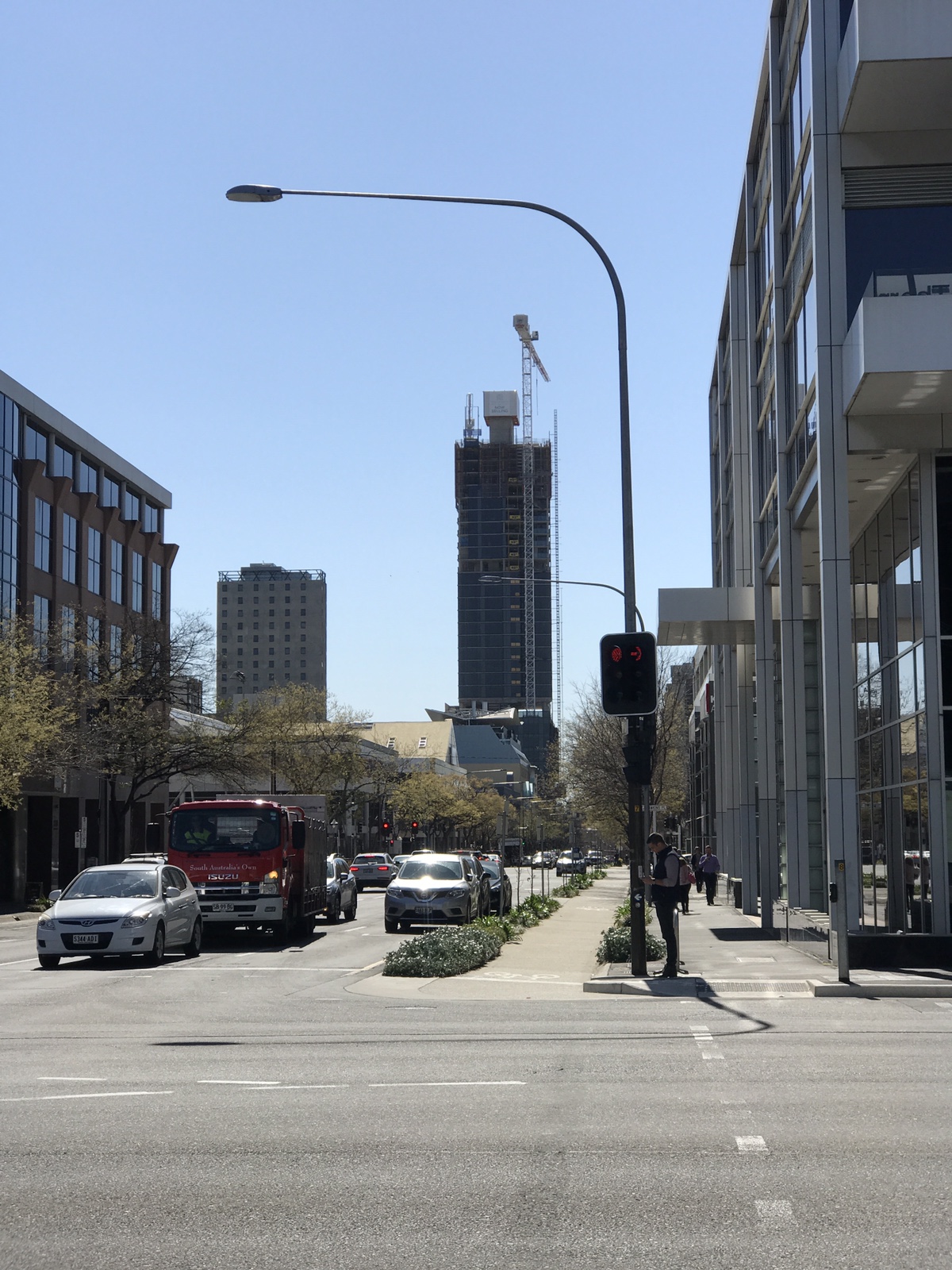 It's a bit rich to make a comparison such as this between Melbourne and Adelaide.

We've been waiting 35 years for this which really is a sad reflection on our politicians and the South
Australian government.

It doesn't take 35 years for Melbourne to build a new tallest.
Top

Melbourne didn't really progress much till the 90's anyway. Prior to Jeff Kennett as our premier, we were largely lacking behind Sydney in all sorts of development. We had to play catch up in the last 25 years. That photo could pass as a Melbourne scene, looks very similar to North Melbourne or Carlton imo.
Top

If that was a Melbs street scene, it would be full of modern high rises and a few 'scrapers

But I appreciate your enthusiasm!
Top

it looks to tidy and organised to be Melbourne

Snapped this shot of our rapidly growing "second skyline" while walking around the neighbourhood on the weekend. The Adelaidean, Realm and East End Living - killing three birds with one stone! (31/8/2019)

Just saw this in the Advertiser, Brad Fleet took this excellent photo of the skyline incl fog.

Now that this and Realm have extended the skyline east, the city will look massive from this angle once taller buildings stretch south down the KWS spine.
Keep Adelaide Weird
Top

Just a shame the fog is blocking out Kodo, that angle would be quite nice if it was visible.
Top

Just a shame the fog is blocking out Kodo, that angle would be quite nice if it was visible.

Kodo's there. It's the tall thin one in the centre.
Top
Post Reply
1638 posts