Just to add re the of the area (historical). I never saw Hutt St in 12 yrs of living in Adelaide and finally went there 2 years ago - was struck by the large NSW provincial city look - hoped it would stay.

skyliner wrote:Just to add re the of the area (historical). I never saw Hutt St in 12 yrs of living in Adelaide and finally went there 2 years ago - was struck by the large NSW provincial city look - hoped it would stay.

Hutt Street is very much like a small country town.
Exit on the right in the direction of travel.
Top

Mono, I have lived in andor been to nearly every nsw
town/city - hence my last post. To add to it Hutt St also reminds me of colonial style (older) NSW provincial city CBD's. NOTE - big towns in colonial term style and 'bush' understanding include the likes of Bathurst and Orange or even Wawick in QLD. (10000 - a city in SA and QLD terms). Note the idea I expressed in my last post was still a generalization referring to a 'look' Hutt St had compared to the above examples.
Jack.
Top

Possibly the next project to start. Their facebook page says 50% now sold & demolition to occur this month.
Top

This site has been fenced off for demolition
Top

Here's the cleared site facing north. By the navigation thread, I wouldn't call this SWP. Fairly sure there wasn't any excavating/compacting/levelling equipment or plant on site, so I'm not sure they're ready to start proper construction yet. 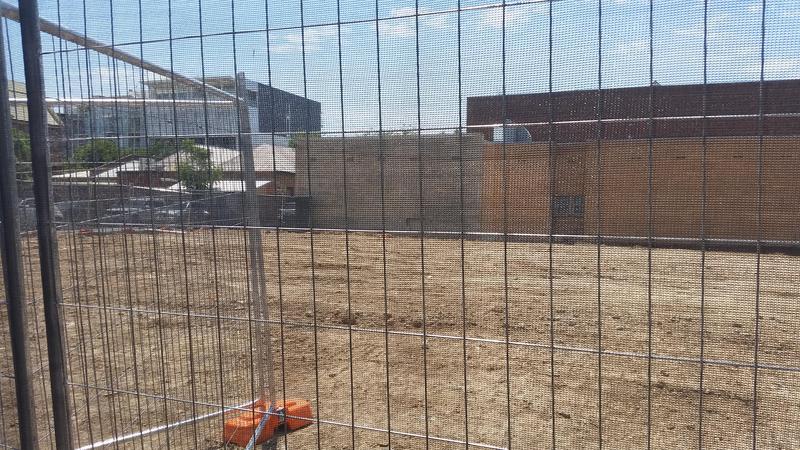 I'd agree with Slenderman - I think the demolition of the old building was more of a marketing exercise than a genuine start to construction. I believe they are still yet to appoint a builder so it might be a while before anything starts. Without a build price, the developer still can't assess the project viability and with sales agents that have been offering 25% discounts on the apartments, that viability might be a struggle.
Top

Always a concern when they are changing the materials this late in the game. Obviously to cut costs and that never means an improvement in quality or design. Another way to cut costs is to eliminate the basement and build the carpark above ground which they are doing.

Yes but sometimes up until now all the developer has dealt with is architects, consultants, planners, sales agents, financiers etc When they go to tender they start to realise how much things actually cost and/or how long things take to build. Also after dealing with & choosing a builder, the builder adds their own input on how to minimise construction cost/minimise build time/maximise efficiencies. It would be logical to go up instead of building another car park basement down.
Top
Post Reply
125 posts