Erm, is it me or is there half a circle missing? 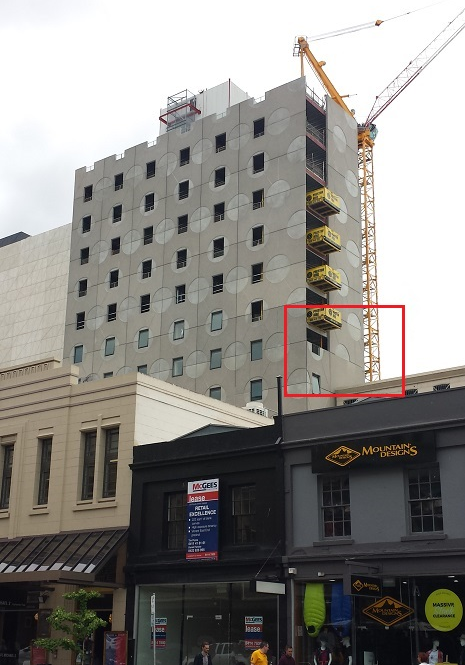 Or is there another part of the building or the Adelaidian that butts up to this level?
Top

No, unfortunately it looks like an error... As does the whole building so far.
Walking on over....

Was this building commissioned by the Stasi?
Top

I was thinking the Politburo was behind it.
Any views and opinions expressed are of my own, and do not reflect the views or opinions of any organisation of which I have an affiliation with.
Top

Or is there another part of the building or the Adelaidian that butts up to this level?

When missing a piece of Lego, the thing to do is to patch it with something else. The Lego building in Adelaide is no different.
Top

To my partner (who grew up under communism), communist building mean tall building. It's not the aesthetic, it's the life in the building. Leaving a 2 story dwelling and living in a tower building is communism no matter what it looks like. I show her photos of scrapers in Australia. Concrete, glass, greenwalls, doesn't matter. She calls them all communist (or Penalak which is the colloquial name). Eureka Tower? Communist. Pearl Tower... communist. Q1... nup communist.

Another interesting thing is that in many ex communist countries the bland concrete designs of the tower buildings is becoming a rarity. In central Europe they have been reclad. The buildings have an insulation layer added to the outside then cement render or tile directly applied to the insulation, then they are painted. Usually the blaconies are reclad in glass or converted to sun rooms. The panelaks are still unerneath but look something approaching modern. They are painted yellow, green, purple, pink, blue, anything but grey. Some also have retrofitted elevator shafts built on the outside with glass facades and look kinda shmick. It's funny to me, because of all the countries now building these "communist" tower blocks, none of them are communist (or ever were).
Top

From today. Not sure why they haven't increased the core height. The main panels are now right up against it. Maybe they didn't want to pay for additional crane pieces over Christmas? If so that is very tight haha 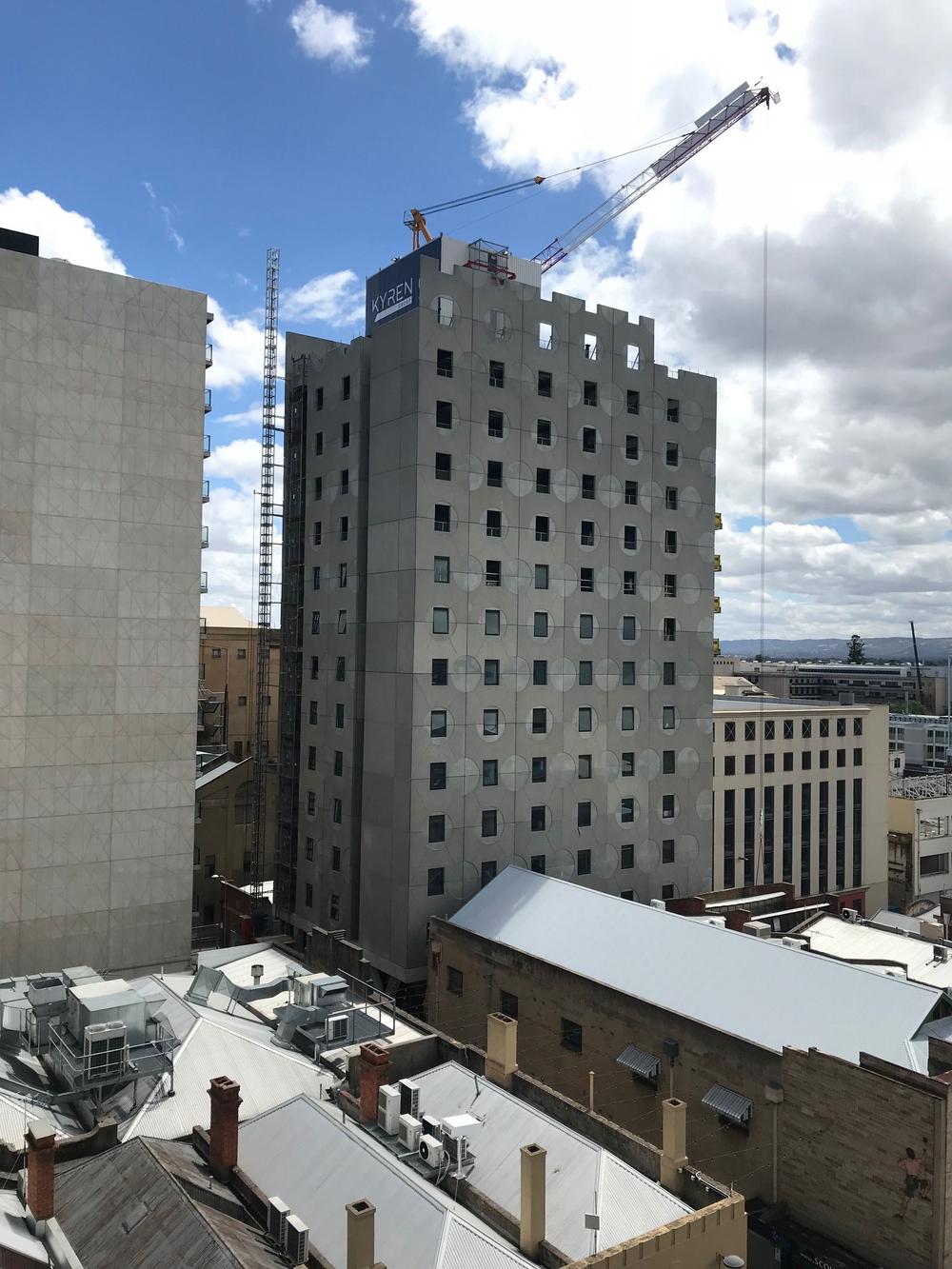 They are a pair after all.
Top

Or is there another part of the building or the Adelaidian that butts up to this level?

Based on a render of the building, I think this is the case. I could be wrong.
Top

The crane has had a considerable height rise on this site.
Walking on over....

Let's go back to the original render, here:

(sorry wish I could be savvy enough to attach an image).

The concrete has a creamier tone, the inset circles have more contrast and where are the funky diagonals?

They wouldn't dare build this shit in Singapore or Melbourne I bet.
Top

The original render looks soooo much better than what we seem to be getting!

Apart from the missing cross pattern the initial renders seem exactly what we are getting, the only difference is that the renders are done in a way that show how the building would appear with nice camera filters and lighting.

In exactly the right time of year and with the right settings you could probably take a photo of the finished building that looks like the renders, problem is that people need to look beyond what a render actually looks like and rather what it is depicting. In this case a giant concrete block.
Top
Post Reply
221 posts