All high-rise, low-rise and street developments in the Adelaide and North Adelaide areas.
Post Reply
1 post • Page 1 of 1
Message
Author

Old meets new in a luxury South Tce deveopment, which has been approved by Adelaide City Council’s planning panel.

SA Construction will build a nine-storey apartment unit at 144 South Tce, on the same site as a state heritage-listed bluestone villa.

The 29.5m-tall complex, to be known as Park Tce., will have seven, three-bedroom apartments, each with a living room, kitchen, two bathrooms, laundry and balcony.

Each apartment is being advertised for at least $1.35 million, with construction expected to start in September 2020.

The villa, which was formerly used as an office, will be restored and sold.

SA Construction was given approval to build a larger, nine-storey building at the site – worth $23 million – in April last year.

Plans for scaled-back development were lodged in January.

The council’s development register showed the new design is set to cost $5 million, excluding fit-out costs, down from $9.6 million for the old plan. 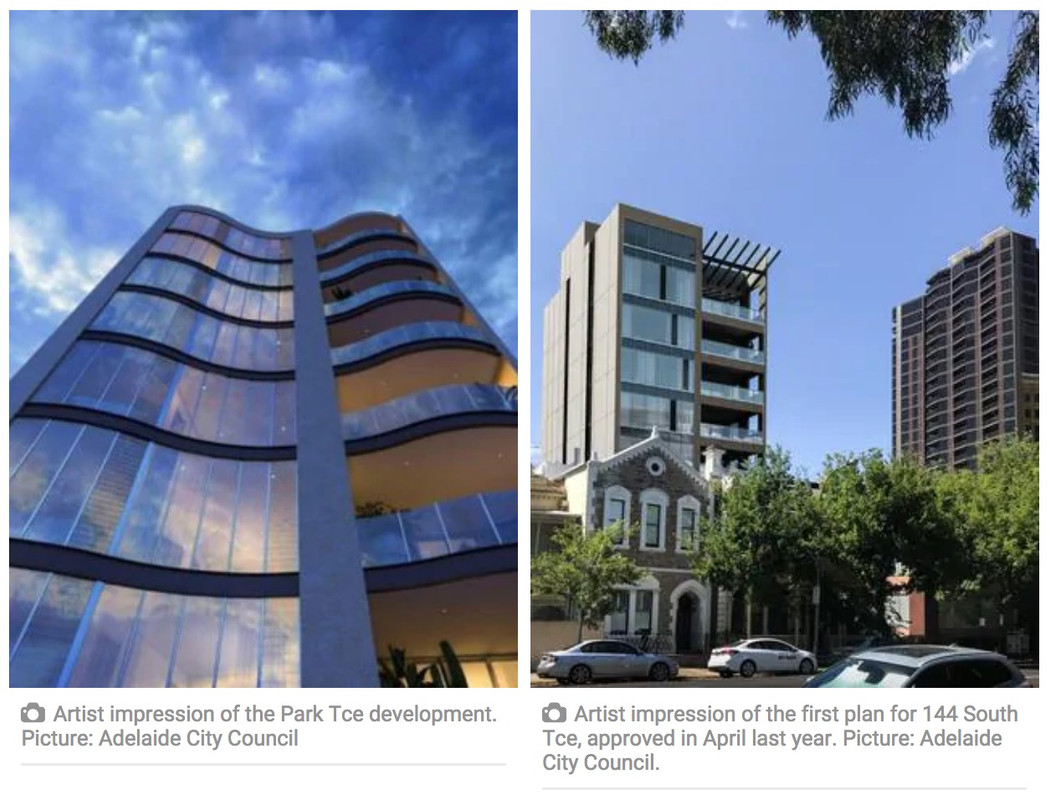 “They have integrated the (new) building with the heritage building at the front, so it is good to see old meets new and all works out well,” Cr Abrahimzadeh said.