All high-rise, low-rise and street developments in areas other than the CBD and North Adelaide. Includes Port Adelaide and Glenelg.
Post Reply
213 posts
Message
Author

Carls Jr is coming to the corner of Prospect and Grand Junction Roads.

I think this was mentioned before... I seem to remember making some snarky remark along the lines, "Of all the US chains to bring to Adelaide, why that one? It's pretty lack lustre fast food. Only one worse iirc is Jack in the Box."
Exit on the right in the direction of travel.
Top

Not Olive Garden or Taco Bell?

I was thinking "hamburgers" but yes Taco Bell is cancer. Never been to Olive Garden.
Exit on the right in the direction of travel.
Top

Next to the bulky goods retail development.
Top

The new Palace Nova Cinemas at Prospect open on December 7. They've been teasing pictures on their Facebook and it looks great! Perfect addition to Prospect Road.
Top

Advertiser article on the new Palace Nova Cinema in Prospect.

“ART deco freak” Steve Maras is happy with how the new Palace Nova Prospect cinema has turned out.

“We don’t believe anyone’s attempted it, in terms of a modern building — a cinema complex with 14 screens, an office level on top — with the art deco interpretation that runs through it.

The Maras Group has spent more than $100,000 on “special touches” to connect the $20 million building to the area and its history ahead of the first movies showing on December 7.

Apart from its art deco curves. the cinema’s most striking feature is colourful stained glass designed by Matthew Stuckey and installed on either side of the “cinema” blade sign on Prospect Rd.

It includes male and female figures dressed to go to the movies.

“It’s referencing back to that time period when going to the cinema was something special,” Stuckey says.

“Stained glass doesn’t come up very often so I wanted something that in 20 or 30 or 40 years ill still look good.”

The glass is surrounded by colourful patterns designed to match up with architectural lines on the building’s facade.

Yep they have done a fantastic job on this building.
From the design to the quality of the finish, top notch!

Should check out the pressed metal eaves - stunning!
Sticking feathers up your butt does not make you a chicken
Top


It’s official. Our new fave burger chain, Carl’s Jr., will be opening its second store on the 12th January 2018.

This time it will be a little closer to the CBD, opening on the corner of Grand Junction and Prospect Roads in Kilburn. The location has been known for a while, but the official opening date has been a closely guarded secret. Until right now!

Carl’s Jr. launched in Mt Barker in July this year to an overnight line-up of more than 50 people.

Some pics from today from Churchill Road 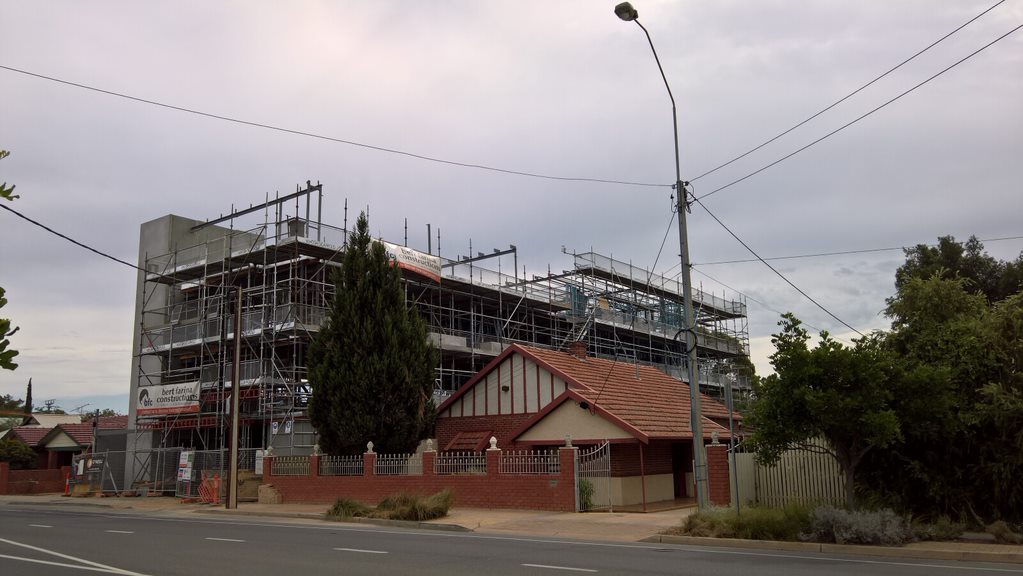 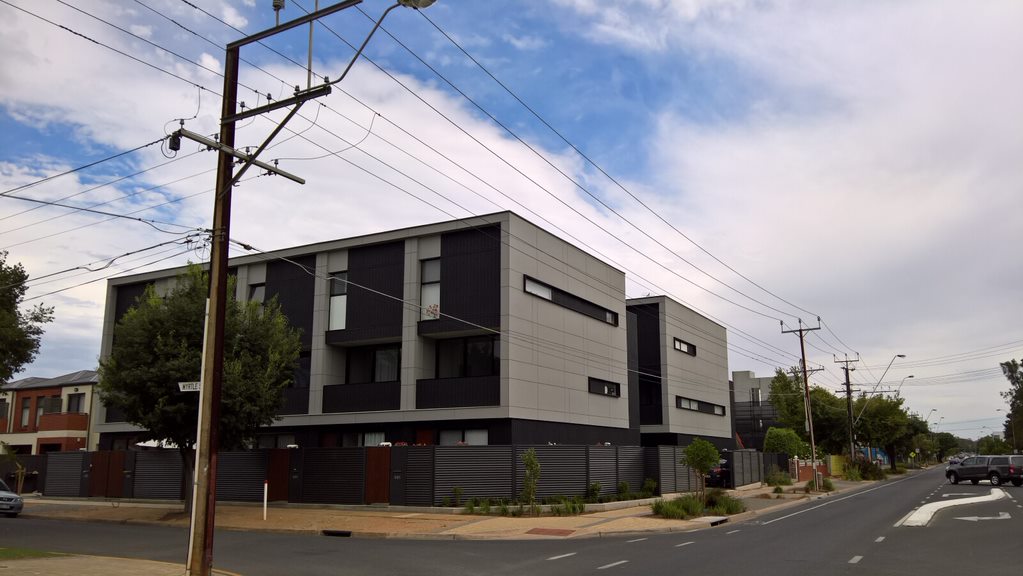 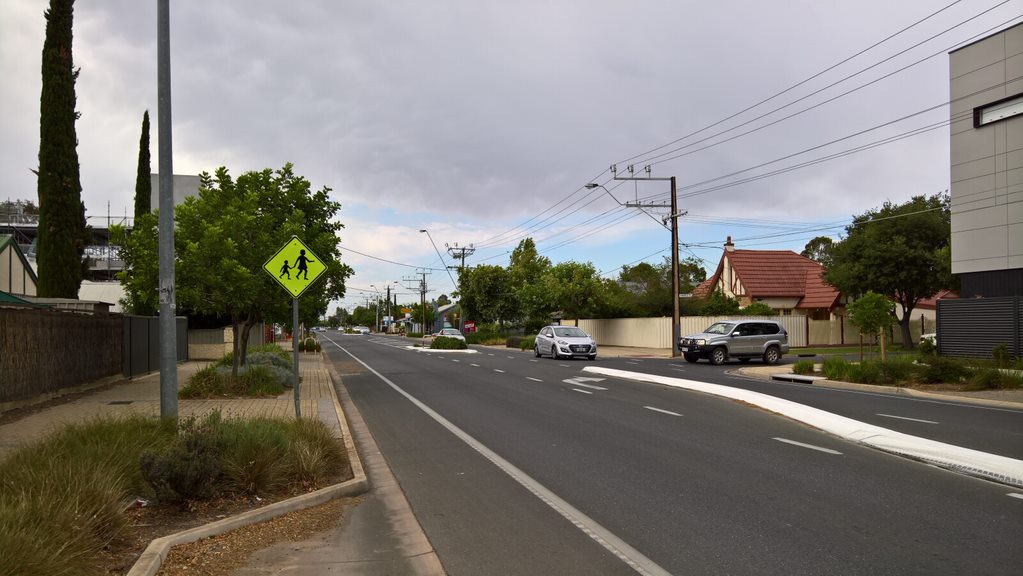 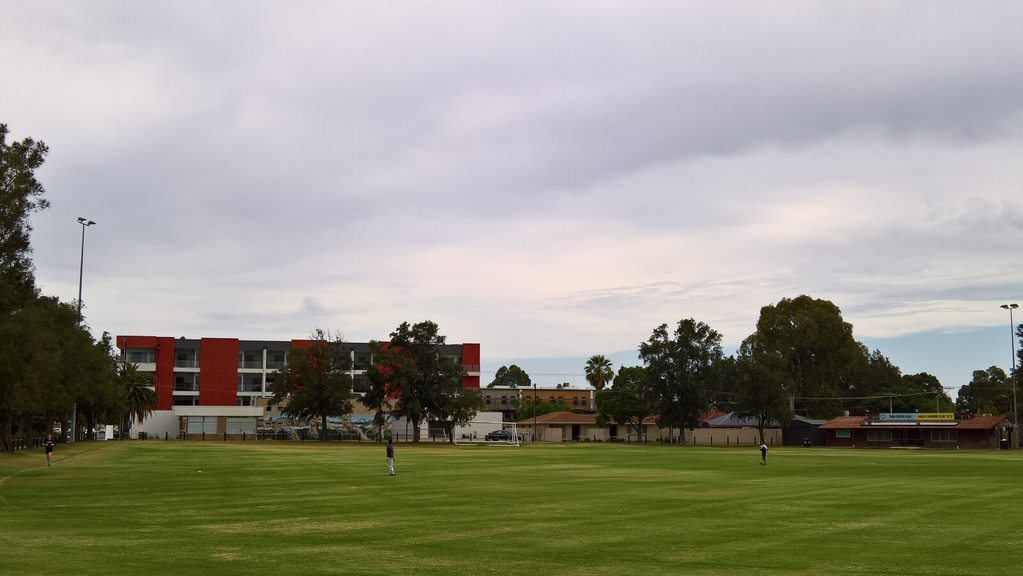 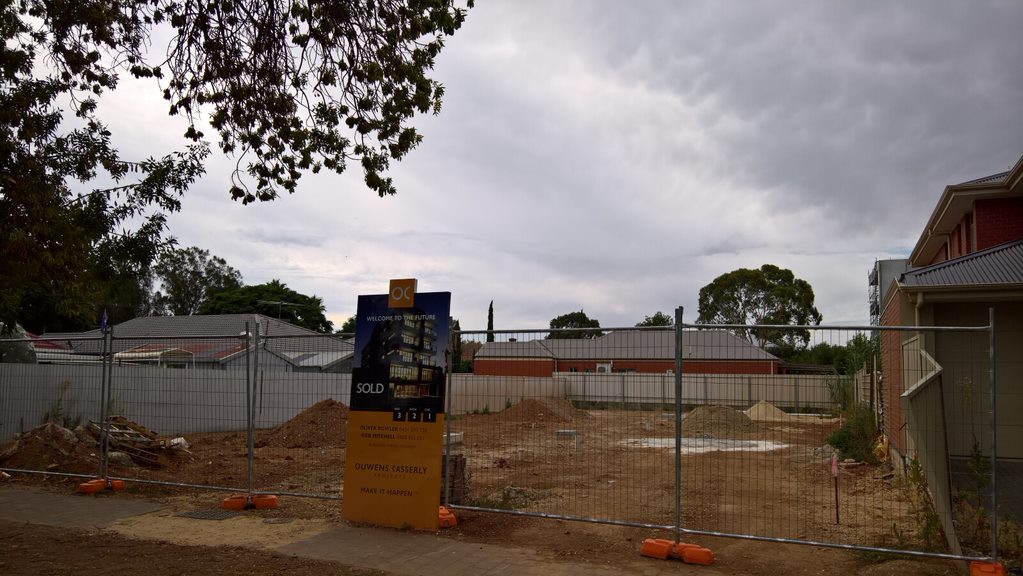 How does Jay think he can fit a tram down prospect Rd?
Top

I don’t think he has ever said he could. I think the only way I can see Prospect Rd, The Parade, Henley Bch Rd, Unley/Magill Rd etc etc having room for trams is if the road is shared with cars like Jetty Rd Glenelg is.
Top

Foodland across from Leos pizza?
Hopefully the two buildings next to it on the left heading north are bulldozed and redeveloped as well
Top
Post Reply
213 posts