All high-rise, low-rise and street developments in areas other than the CBD and North Adelaide. Includes Port Adelaide and Glenelg.
Post Reply
6 posts • Page 1 of 1
Message
Author 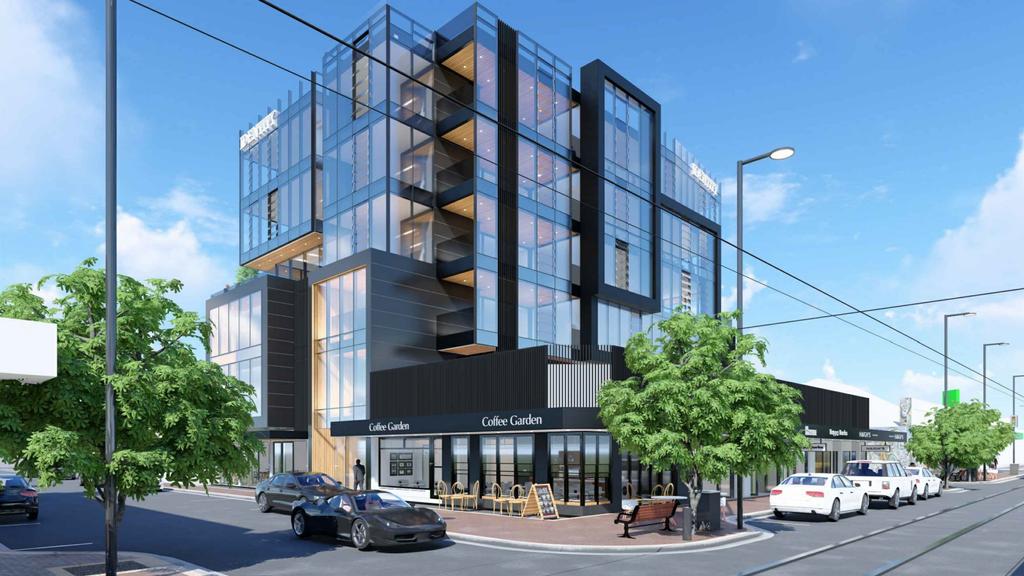 Modification and partial demolition of existing buildings and the construction of a six (6) storey building comprising shop at ground level, offices on levels three (3) to five (5) and associated car parking from ground to level two (2).

An $18 million office building with space for up to 200 staff is property mogul Andrew Taplin’s latest plan to transform Jetty Rd.

The Taplin Real Estate director has lodged plans for a six-storey building at 85-87 Jetty Rd, between Byron and Jetty streets.

If the state’s planning body approves it, the development would spark a huge change for the strip, which is based around retail and entertainment.

“One of the areas Glenelg is lacking in is good, high-quality, A-class office accommodation,” he said.

“You should really have offices that feed straight out into retail precincts – they work hand-in-hand. It’s really an evolution if you like, of new centres.”

The development would feature shops and parking at ground level and more carparking space, along with offices, on the floors above.

Mr Taplin said the existing shop spaces – which currently include Haigh’s Chocolates – would be retained and receive a facelift, while the office building would be built around them.

Jetty Rd retailers would be boosted not only by an incoming office population of up to 200 people, but the clients and visitors that went along with it, Mr Taplin said.

“It could be an opportunity to inject a lot of people into the area,” he said.

“Professionals will be meeting clients, buying coffees and lunches, they might utilise public transport to easily get into the city, they would drop off their dry cleaning as they walk into their office – it’s good in my books all year round.

“We’ll be providing an additional service, plus it will assist all of the retailers that are already down there.”

Many existing offices at the Bay are in converted homes.

Mr Taplin hoped work could start later this year, in conjunction with a planned $17m upgrade of the Bayside Village shopping centre, turning the mall into an eight-storey building with shops and apartments.

After that, his company would work on a seven-storey apartment and shopping complex at the corner of Jetty Rd and Colley Tce, followed by an eight-storey development at the corner of Patridge St.

The office plans are under assessment by the State Commission Assessment Panel.

Looks great and would be fantastic for Glenelg. So far none of his big projects have got off the ground so hopefully this will change soon.
Top

Anyone able to copy over the render?
Keep Adelaide Weird
Top

Yep, nice looking little building. A good example of how a few little design tweaks can turn a glass box into something a bit more interesting.
Top

Ah I see, Safari was not loading it, switched to Chrome.

Looks good. Though as Ben said, still waiting for the other proposals to get off the ground.
Keep Adelaide Weird
Top
Post Reply
6 posts • Page 1 of 1