Pictures taken today from the top level of the FMC/FPH staff carpark, and beside the Cancer Centre where the footbridge will start. Taken on my humble iPhone in bad weather so apologies for quality and rotation (can't fix).

Don't know if this has been posted before, but the uni put together a fly-through of their Flinders Village concept:

Spotto's pictures rotated. Any comments or thanks please send to Spotto.

They also appear to have stripped the most eastern column. It looks quite fancy.
Top 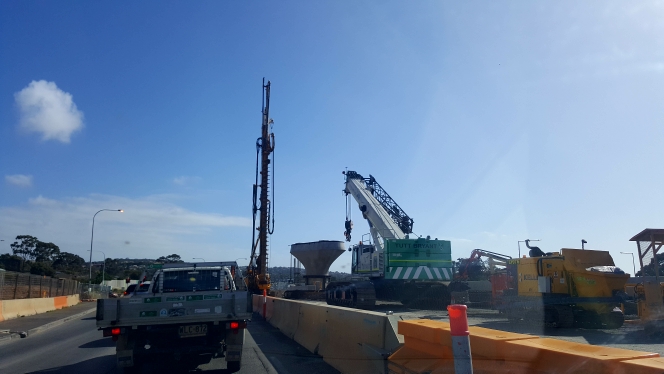 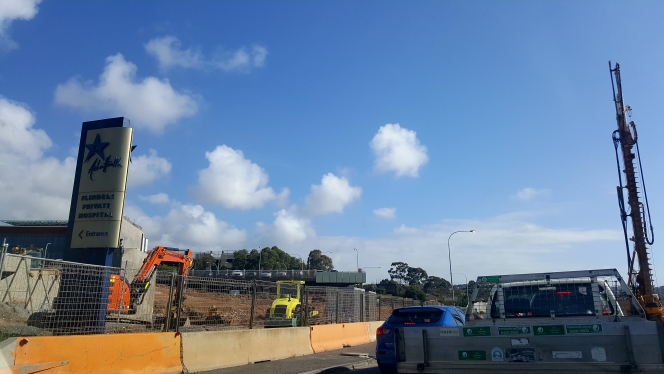 Some more pictures from Saturday 26/10/2019. Pic 1 where the new line will cross Sturt Rd, Pic 2 the South Rd crossing. The FMC station will be next to the car park (behind the Piling rig). Click on pictures for bigger.

Imagine comparing that view to the same area a few years back.
Top

Just noticed there was a press release on December 2 confirming the location of the new Tonsley Station.


"Tonsley" will to be replacing Clovelly Park Station (which is a dump) but there seems to be very little parking included in the station design.


The Marshall Liberal Government has announced the location for the new Tonsley Railway Station,
following extensive consultation with the local community.
The new Tonsley Station is part of the $141 million Flinders Link Project that will create 55 full-time
jobs per year over the life of the project.
The location of the new Tonsley Station was decided based on extensive community consultation,
safety, technical and engineering requirements.
“The Marshall Liberal Government is extending the Tonsley rail line to Flinders health and education
precincts to improve connectivity and provide a better service for passengers,” said Minister for
Transport, Infrastructure and Local Government Stephan Knoll.
“We have delivered on our election commitment and thoroughly consulted the local community
about the location of the new Tonsley station and taken their feedback on board.
“The station will be located as far south as possible which is one of the priorities identified by the
local community and satisfies the engineering constraints associated with the track alignment.”
Extensive consideration was given to the station location, including allowing sufficient length to
construct the 160-metre platform, the Department of Planning, Transport and Planning’s rail
engineering standards for track, station and overhead wiring, and the modifications which would be
required as part of the Flinders Link Project.
Member for Elder Carolyn Power said the Marshall Government had ensured consultation with local
residents was a priority and that their feedback is taken on board.
Findings from the community consultation indicated that station access was a high priority. This
means the southern pedestrian crossing point has moved further south and for access to the station
for residents in Mitchell Park,” said Mrs Power.
“Three Activated Pedestrian Crossings will be constructed, two on either side of Alawoona Avenue
and one further south of the station, aligning with Handley Avenue.
“Throughout our consultation the community also raised station amenities and connectivity so it was
fantastic that $1.7 million has been allocated for enhanced walking and cycling connections which
includes landscaping, lighitng seating and signage to enhance accessibility and use.”
Contact: David Franchitto 0466 496 963
The department is also investigating improving services based on this feedback and will be
finalising timetables in due course which will we communicate to the local community.
As part of the Flinders Link Project, the existing Tonsley Station could not remain in its previous
location due to the grade and elevation required for the new rail bridge to clear Sturt Road, Laffers
Triangle and Main South Road.
The scope of works for the new Tonsley Station project includes:
• Construction of a new single platform, 160-metre-long on the eastern side of the railway line.
• Installation of seating, shelter, lighting, CCTV and passenger information for the new station.
• Replacement of the existing passive pedestrian rail level crossing at the level crossing (north
side of Alawoona Avenue), with an activated pedestrian rail level crossing.
• Construction of a new activated pedestrian rail level crossing on the south side of Alawoona
Avenue, at the northern end of the platform.
• Construction of a new activated pedestrian rail level crossing south of the platform aligning
with Handley Avenue.
• Construction of access paths to and from the platform.
• Decommissioning of existing Clovelly Park station (north of Alawoona Avenue).
• Modification of signalling infrastructure.
The Morrison and Marshall Governments have committed an additional $16 million ($8 million each)
to build the new Tonsley station as part of the Flinders Link Project.
The new funds take the overall project value from $125 million to $141 million

muzzamo wrote: ↑
Fri Dec 13, 2019 2:45 pm
"Tonsley" will to be replacing Clovelly Park Station (which is a dump) but there seems to be very little parking included in the station design.

Isn't a 6-level car park being built just a short walk away? Anyway, I imagine most people outside the station catchment who wish to drive to train will end up at the new Flinders station which seems like it'll have Laffers Triangle as a park and ride.
Keep Adelaide Weird
Top

I wonder if that vacant land in the bottom left of the render will host a convenience store (or maybe a Superdeli - anyone remember them? Actually I think today they are called OTRs

) It would be a useful place for one, right by the station.
cheers,
Rhino
Top

The sight of road at one end and pedestrian level crossings at both ends of the new station is a bit disappointing, surely now is the opportunity to grade separate, when the line is closed, the land all around is dry grass, and the construction equipment is on hand. Alawoona Ave is only going to increase in importance/traffic once the Tonsley residential area is in full swing, as it's the only connection west to Marion Rd.

Also I hope they ramp that platform concept up a bit, because it looks like a step backwards from old Oaklands, and not even in the same ballpark as new Oaklands.
Top

I think you're overestimating the amount of traffic in the area. In all the times I've driven through I've rarely encountered a single car in the area. This, plus the fact that the Flinders Line will have a low frequency, makes grade separation pointless.
Top
Post Reply
126 posts