A GLEAMING new hotel is on the cards for the Adelaide CBD, with height – much more than girth – the primary focus.

David Lee, managing director of developer the Mandala Group – which built the up-market Rowands Apartments near Chinatown and also owns the Thebarton Ice Arena – has lodged an application to erect a 61 metre high hotel on a site that is little larger than a giant postage stamp.

Mr Lee hopes to begin work on the 183-room Travelodge hotel on Bentham St, a small cut through between Waymouth and Franklin streets, by August this year with a completion date in early 2020.

The 18-storey hotel, which Mr Lee hopes will be a four-star offering, will have an end value of around $48 million and will cater for the corporate and international tourism demographics.

“I was in Shanghai recently and spoke to several tourism groups about bringing visitors across to Adelaide,” he said.

The site, midway down the eastern side of the relatively nondescript Bentham, St is currently used as a tiny, ground floor only car park.

“The hotel will reactivate Bentham St, with an alfresco bar on the ground floor and restaurant on the first floor. It is also in the middle of a $500 million CBD redevelopment with Charter Hall and Uniting Communities due to complete their buildings next year nearby on Franklin St and the revamp of Her Majesty’s Theatre will begin soon, ” he said.

The site is in the middle of the City of Adelaide’s laneways refurb, from the riverbank to the Central Market with Bank St already revitalised.

Mr Lee, who has owned the site for several years, spent 12 months chasing hotel operators to secure a deal.

“It’s hard to secure interest if Adelaide is not activated,” he said. “But the city has really been stepping up, there is a vibrancy and international tourism here now.”

Mr Lee expects the construction to generate up to 160 jobs with a further 30 to 50 permanent jobs on completion.

Adelaide architects Pruszinski PACT are behind what is likely to be one of the CBD’s more impressive design feats.

“The hotel design respects the adjoining heritage building with detailed angular columns on the lower floors while the upper glass facade references the central CBD context.”

Looks good, happy that they included some alfresco dining as the street desperately needs some night life after the current revitalisation is complete. The details and finishes will be critical for this development.
Top

We should start a new thread. This is a completely new development. Would like to keep the old Spire thread for posterity.
Top

Based off of other Travelodge hotels, this probably won’t win any awards...
Top

Doesn’t look too bad. I’ll hopefully eat my words once I see it finished.
Top

It's a brown box, average height, should fit right in to our predominantly brown/beige skyline.
I foresee lots of complaining about what appears to be a blank wall though. Wouldn't be the S-A forum without it.
Top


It's a brown box, average height, should fit right in to our predominantly brown/beige skyline.
I foresee lots of complaining about what appears to be a blank wall though. Wouldn't be the S-A forum without it.

Possibly but this is one example where almost no-one will be able to see the blank wall except for the lunching workers of the taller Tower 8. Otherwise street level visibility of the blank wall- at least from the south - will be near zero.
Top 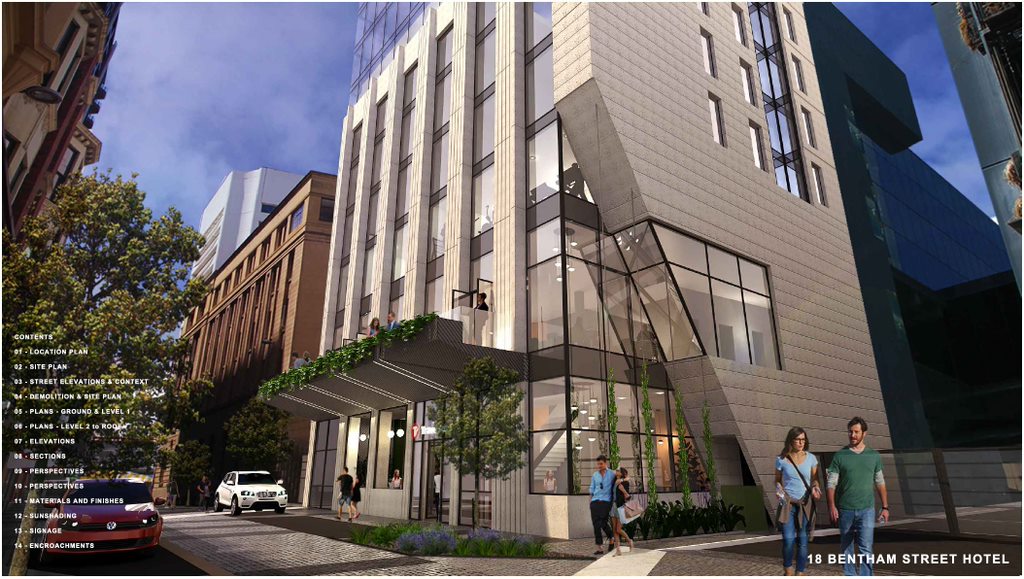 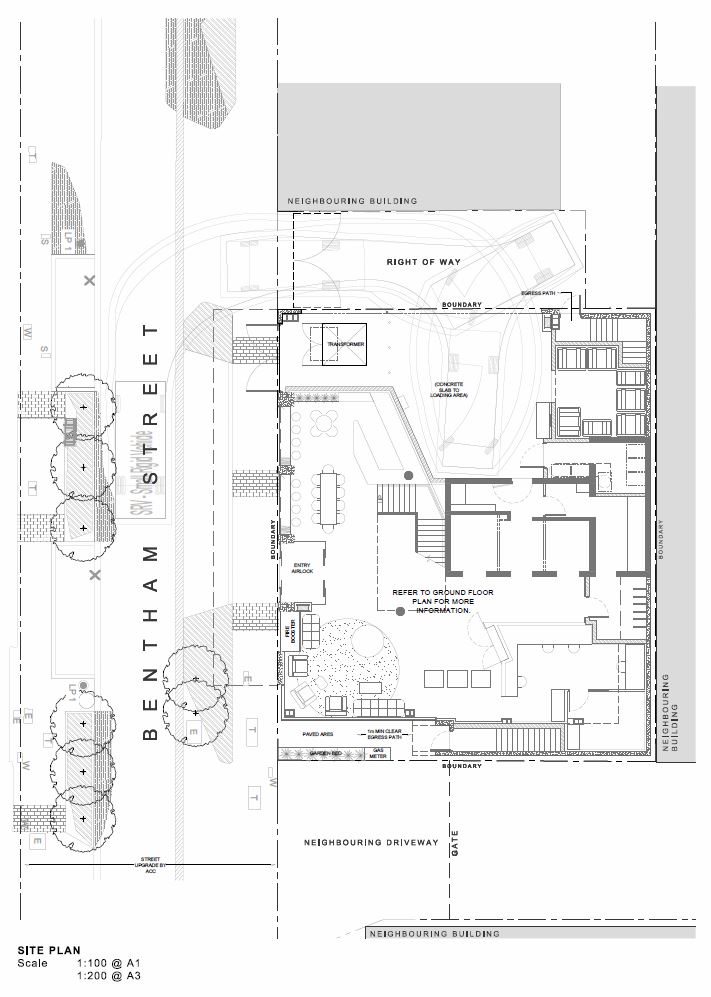 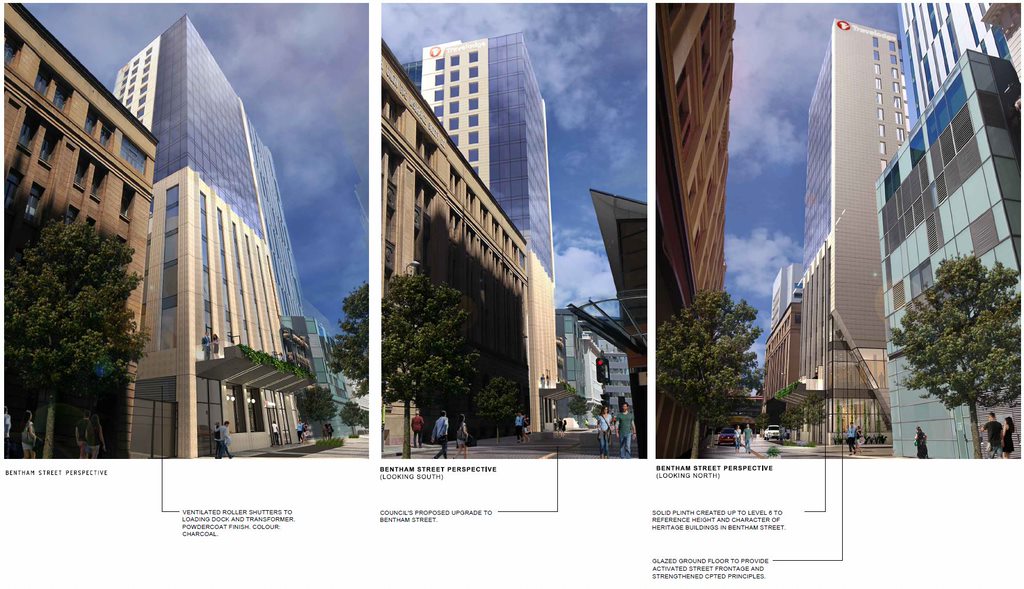 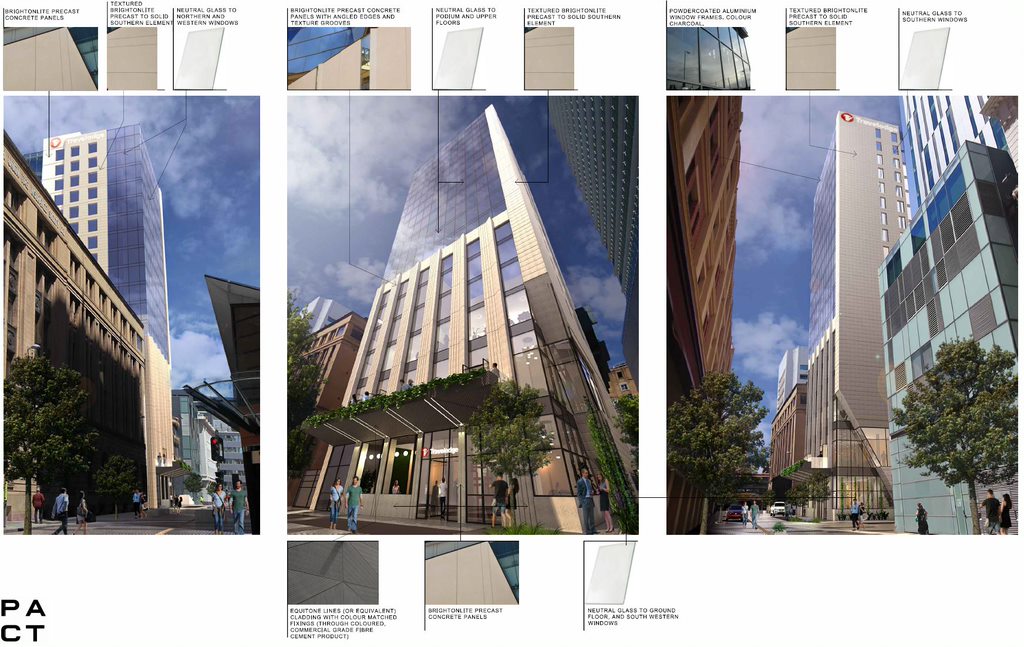 Increase in height of 3 levels.

Services are continuing to be connected to the site. 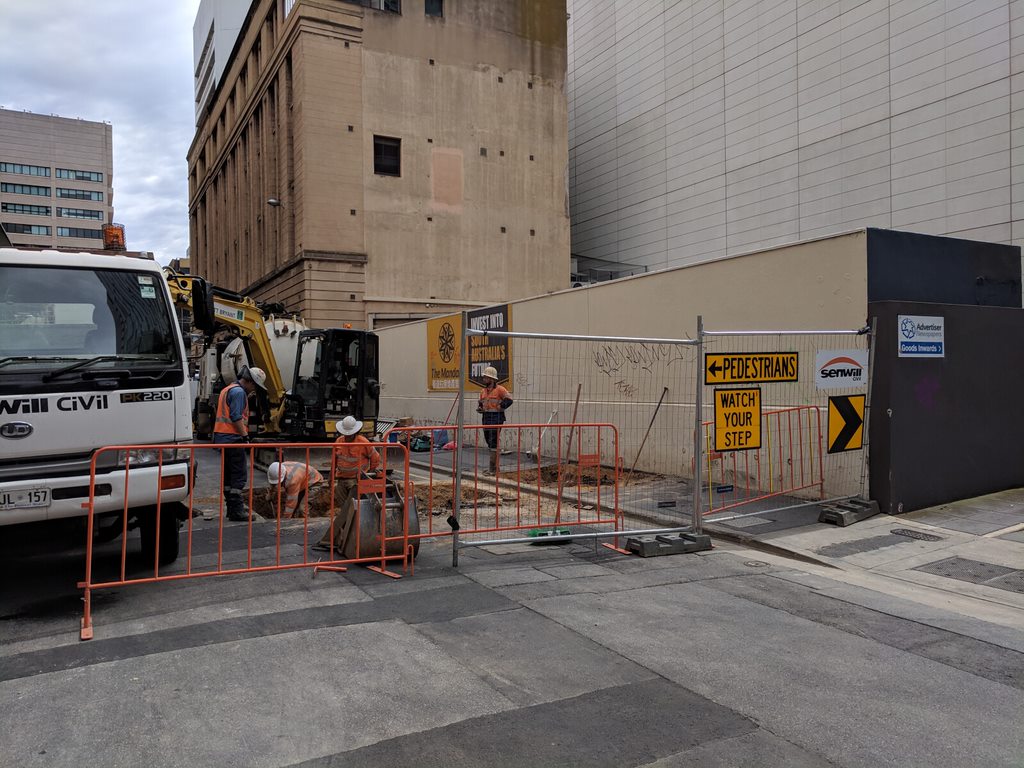 i Heard Synergy is no longer the builder for this one, just wondering who might be the new builder?
Top

Hey Ben. Would you please direct me to the site where you obtained this notification of the variation?
Top

Hey Ben. Would you please direct me to the site where you obtained this notification of the variation?

Hey Ben. Would you please direct me to the site where you obtained this notification of the variation?