Carl's Jr. Chargrilled Burgers has arrived at AMPM servo in Mount Barker. Opening soon . It will include a drive thru
Last edited by Eurostar on Mon Jul 17, 2017 1:43 pm, edited 1 time in total.
Top

Out of all the franchises to extract from the US they pick that one? Well at least it isn't Jack In The Box...
Exit on the right in the direction of travel.
Top

Out of all the franchises to extract from the US they pick that one? Well at least it isn't Jack In The Box...

AM PM does have a American background, this could be the start. On The Run has been comfortable for too long, competition might just rattle their cage a bit.
Top

Any latest updates on the Big W land behind Woolworths?
Top

AFAIK Woolworths Limited still own the land. No plans as of yet.

There is however future talk of a shopping complex being built on the southern outskirts of Mt Barker. Featuring a discount department store (e.g. possibly Big W) and a supermarket.
Top

Cable car proposal linking Cleland and the the Botanic Gardens at Mt Lofty.
From the 'Tiser.

Artist impression of the development

A HONG Kong entrepreneur wants to build a cable car to link Cleland National Park with Mt Lofty Botanic Gardens and the mountain’s summit, as part of a major redevelopment of the much-loved wildlife sanctuary.

Allan Zeman, the chairman of the world-famous Ocean Park tourist attraction in Hong Kong, appeared at a media conference alongside Premier Jay Weatherill and trucking magnate Lindsay Fox on Monday morning to seek private capital for the development.

Mr Fox has vowed to invest in the proposal should Mr Zeman be a key backer, while Mr Weatherill said he wants the project completed quickly to capitalise on growing international interest in nature tourism.

The vision for the project — which has not yet progressed to the stage of design or funding arrangements — proposes new tourist experiences at Cleland including:

ZIP-LINING through the trees;

The vision also proposes a new hotel along with an Australiana shopping village and improved restaurant and bar options.

yes build it now. We need this!
Top

Looks great, but I would love more detail on the plans, especially the hotel, the shopping village and the cable car. Will there also be access improvements to the summit? A roundabout at the entrance would be a great start, as well as better public transport access.
Top 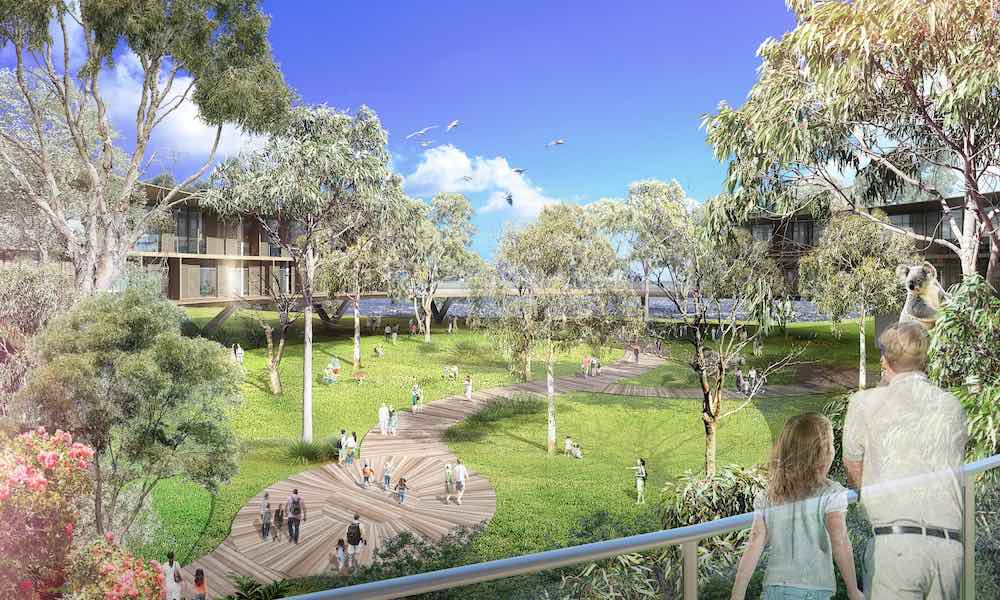 It definitely looks very ambitious, but if it works it will be a fantastic asset for Adelaide and South Australia.
Top

This looks great! Reminds me a bit of Mount Grouse in Vancouver. Those wilderness activities (zipline, cable car, treewalk, hike) would be very popular with visitors and locals.

Don't get your hopes up on that happening, to many cry babies in S-A for progress of that kind.
Top

I would love to see this one get the go ahead, I’m sick of Adelaide getting held back by a few who hate change.
Top

I checked out Mount Barker Foodland on Thursday, nice well lit store, confectionary trail mix, popcorn machine, deli section, there are checkout lights which look like something from yesteryear looks fancy. By the way as well as the exisiting carpark there will be new carparks located adjacent to the new mall soon.
Top
Post Reply
203 posts