Ideas and concepts of what Adelaide can be.
Post Reply
23 posts

Due to Adelaide being the most car-relient city in Australia, I came up with a plan to deter all those hideous multi-storey carpark proposals yet keep people's demands for personal transport satisfied.

Why don't we just turn this: 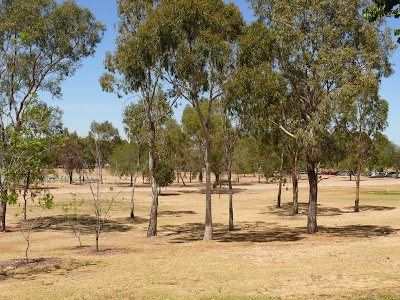 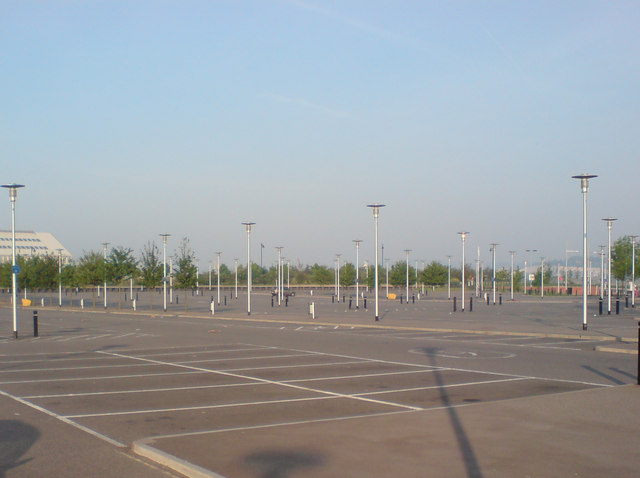 I know this is a bit of an "out of this world" idea, but I'm thinking of the future for our beautiful city.
Don't burn the Adelaide Parkland (preservation society)
Top

Maybe Light was pointing to where he wanted to park.
Top

peas_and_corn wrote:Maybe Light was pointing to where he wanted to park.

hmm dunno about this. Currently if you park your SUV in the multi-storey parks, there is no chance of fading or crackling of the paint job, because there is a roof above. You have to factor this in.
So I propose a galvanised iron roof covering the whole parklands carpark, with water runoff used for free car washing spots.
Also how far are people going to walk from their cars back into the city offices? We have an obesity problem to uphold you know and we need to regain our crown of the most obsese nation in the world. Maybe a monorail with 1 person booths (so people feel like they're still in their car and wont have to make human contact with strangers) to ferry people from their car to the office
Top

peas_and_corn wrote:Maybe Light was pointing to where he wanted to park.

Jokes aside, I've heard Perth actually tried something like this before they decided to upgrade their railways instead. Can anyone confirm or refute this?

forget churches, Adelaide would be the City of Carparks

HeapsGood
High Rise Poster!
Posts: 237
Joined: Mon May 10, 2010 10:54 am
Location: At the Adelaide Airport thankfully now not having to use a Dyson Airblade

Why not have free underground car parking and parklands on top? Everybody wins.
*Looks at Dyson Airblade Factory* "I say we take off and nuke the entire site from orbit, it's the only way to be sure"
Top

One of our very first thinkers in residence -- Peter Wintock, a media production boffin from Montreal -- included this random thought at the end of his final report:

As I mentioned in my foreward, with more than a little tongue in cheek, during the course of my residency I have had some unusual ideas or ‘Thoughts of the Day’ which just might help raise some funds. Here’s my most recent thought.

Every world class city has its iconic building - the Eiffel Tower, the Taj Mahal, the giant Ferris Wheel, the Empire State Building. And of course, Sydney has its Opera House. Well, I want to propose creating something which will attract the world to Adelaide’s doorstep.

Of the 400 cities of the world with a population of more than a million, Adelaide is near the top of the list as the least in population density. It’s more than 50 kilometres from end to end. As a result of these distances, everyone in the Adelaide area seems to really, really, really love their cars. As a result, not only is this a city of Churches, and the City of Pubs, but is also a city of Car Parks.

There are so many car parks in the city. More than 40,000 spaces, at last count, and that’s only in the downtown core. The whole infrastructure which is needed to support the automobile takes up so much precious space, not to mention pumping so much dangerous carbon into the dying air. Not to mention the parking tickets.

I want to recommend that we take all of the car park buildings in Adelaide, and collect them all together in one place. And then we’ll pile them up and up and up, one upon the other upon the other, to make one great big gigantic sky-scraping car park. At 120 stories tall, it will be the biggest carpark in the world. It should be big enough to hold every car in Adelaide at one time.

And they will come from everywhere in the world to see our carpark. It will be a giant tourist attraction. And how will the biggest carpark in the world help pay for some of my Digitopian recommendations? Why, I will combine Adelaide’s love of gambling with my Big Car Park Idea.

Every noon hour, there will be a big lottery, and the random number of a unique car park space in the Biggest Car Park in the World will be drawn out of a hat. If your car happens to be parked on the right floor in that right winning space, then you win! And what do you win, you may ask? Why, free parking for a month, a thousand dollars and the right to make your own movie!

I'm lead to believe that figure of 40,000 spaces is way off, and unfortunately it is higher than that. From memory, it's about circa, 70-80 thousand spaces.
Any views and opinions expressed are of my own, and do not reflect the views or opinions of any organisation of which I have an affiliation with.
Top

wow my proposal was a joke but this guy's for real?

The worst part was that he actually got paid for those thoughts (and very well too may I add)!
Top

iTouch(myself) wrote:wow my proposal was a joke but this guy's for real?

He's no more for real than you are. Did you miss the bit where he admitted it was tongue in cheek?

But silly ideas can often spark sensible ones. HeapsGood's suggestion of an underground car park beneath the parklands was almost an example of this, though the suggestion it be free keeps it on the silly side.

I am bumping this as (although its 5 years old) I am passionate and it's a flipping good idea.
I am iTouch
Top
Post Reply
23 posts