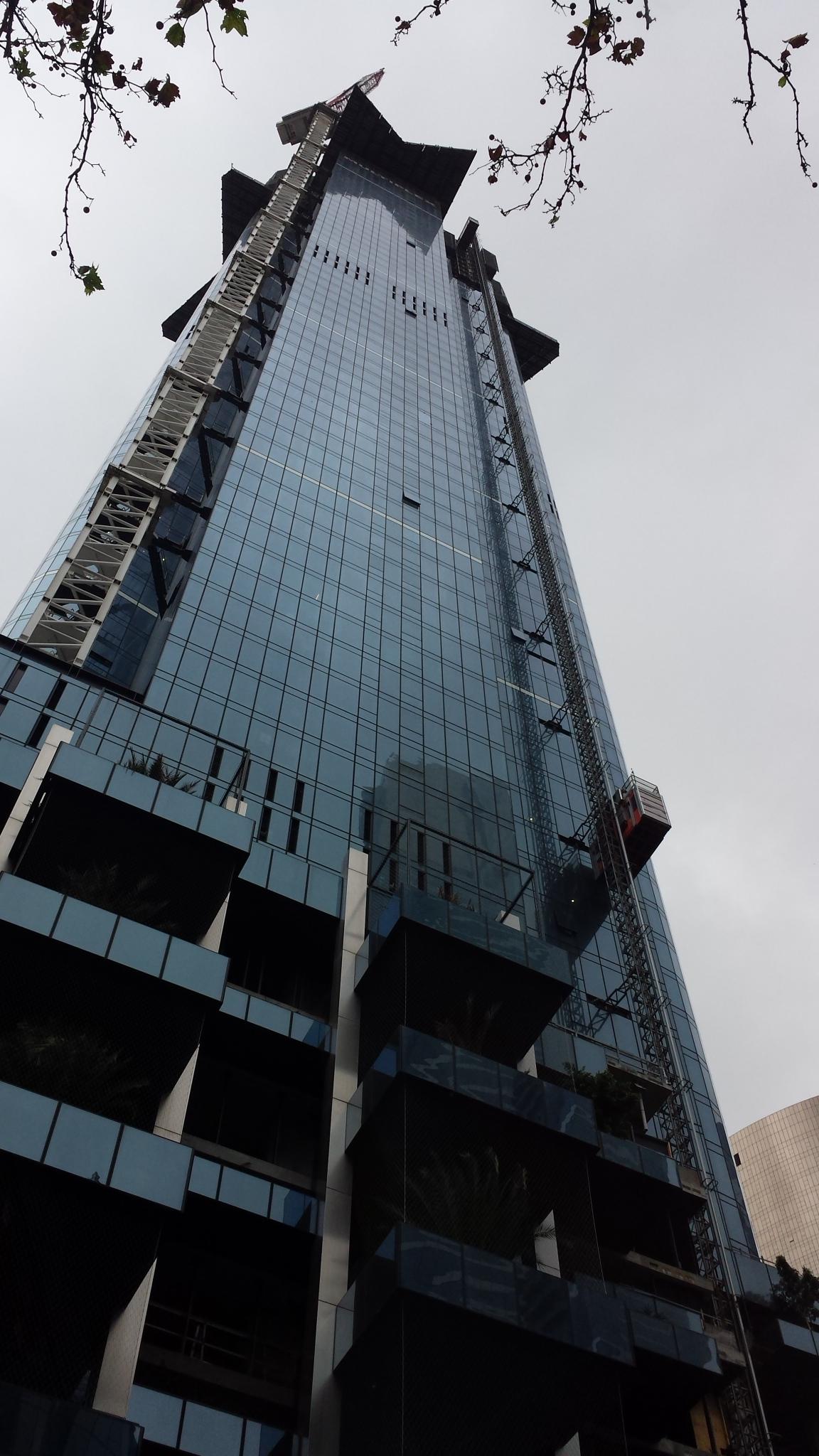 No superlatives about the design, but nice, elegant, timeless glazing which will date well.
Top 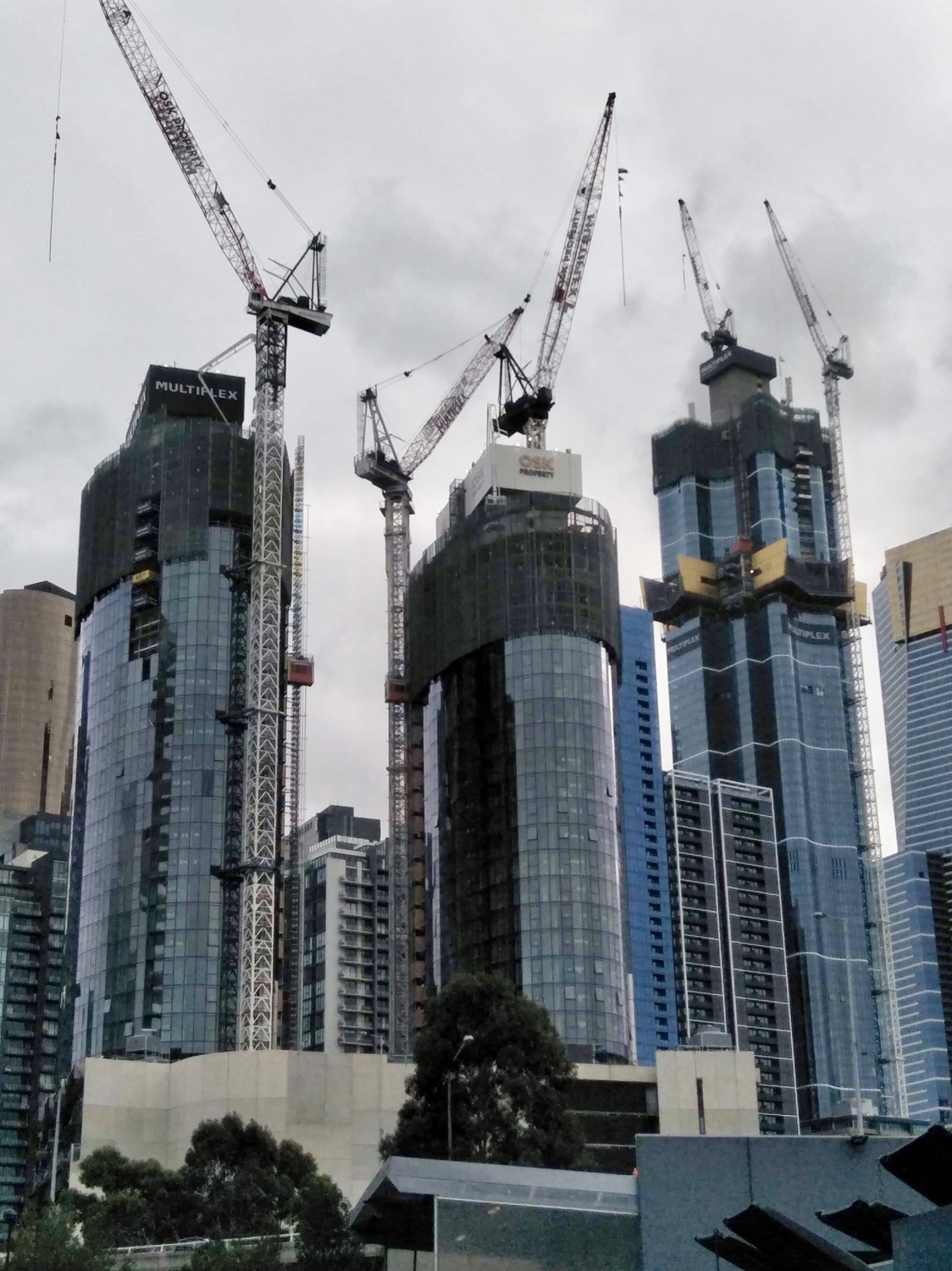 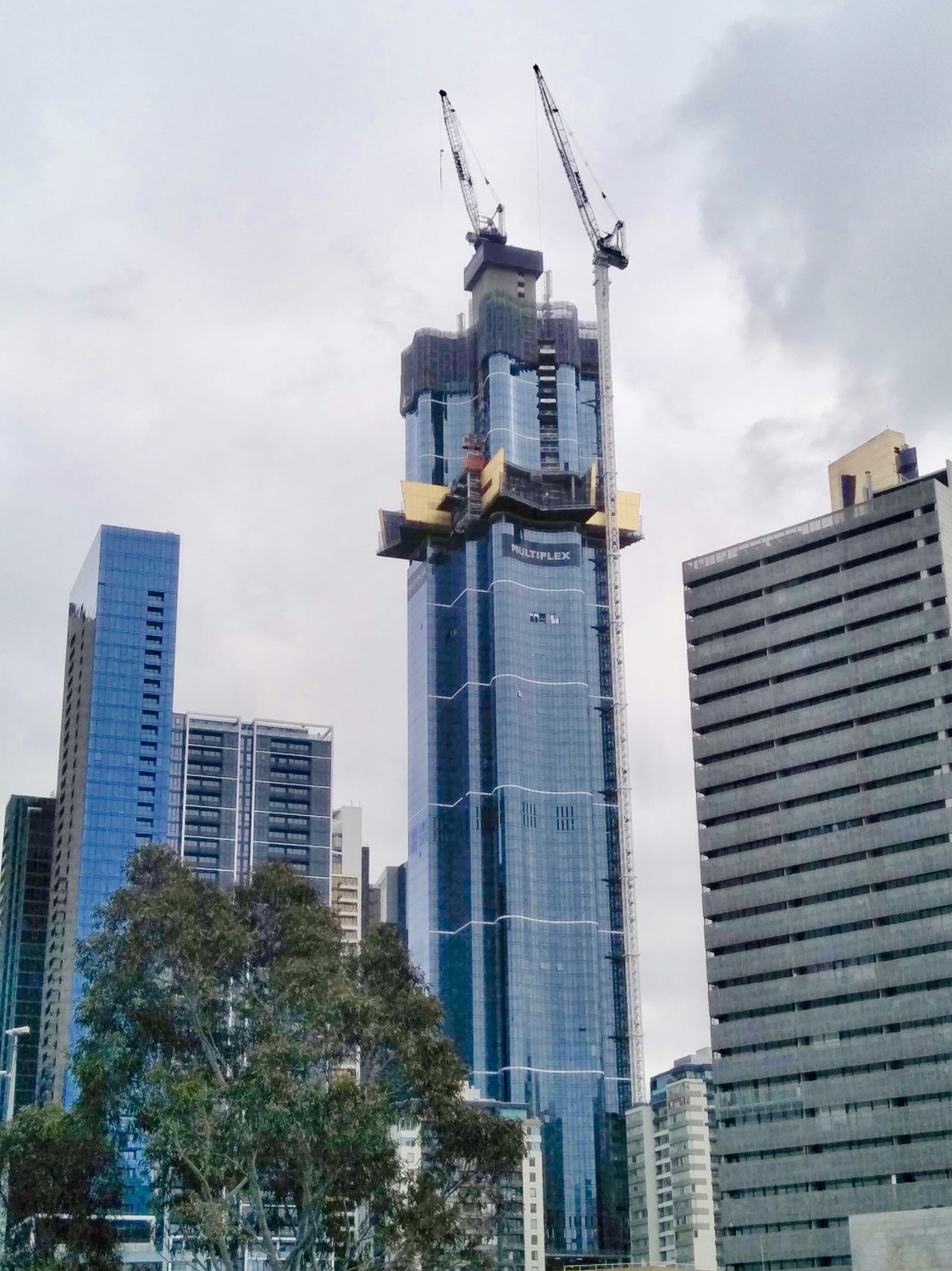 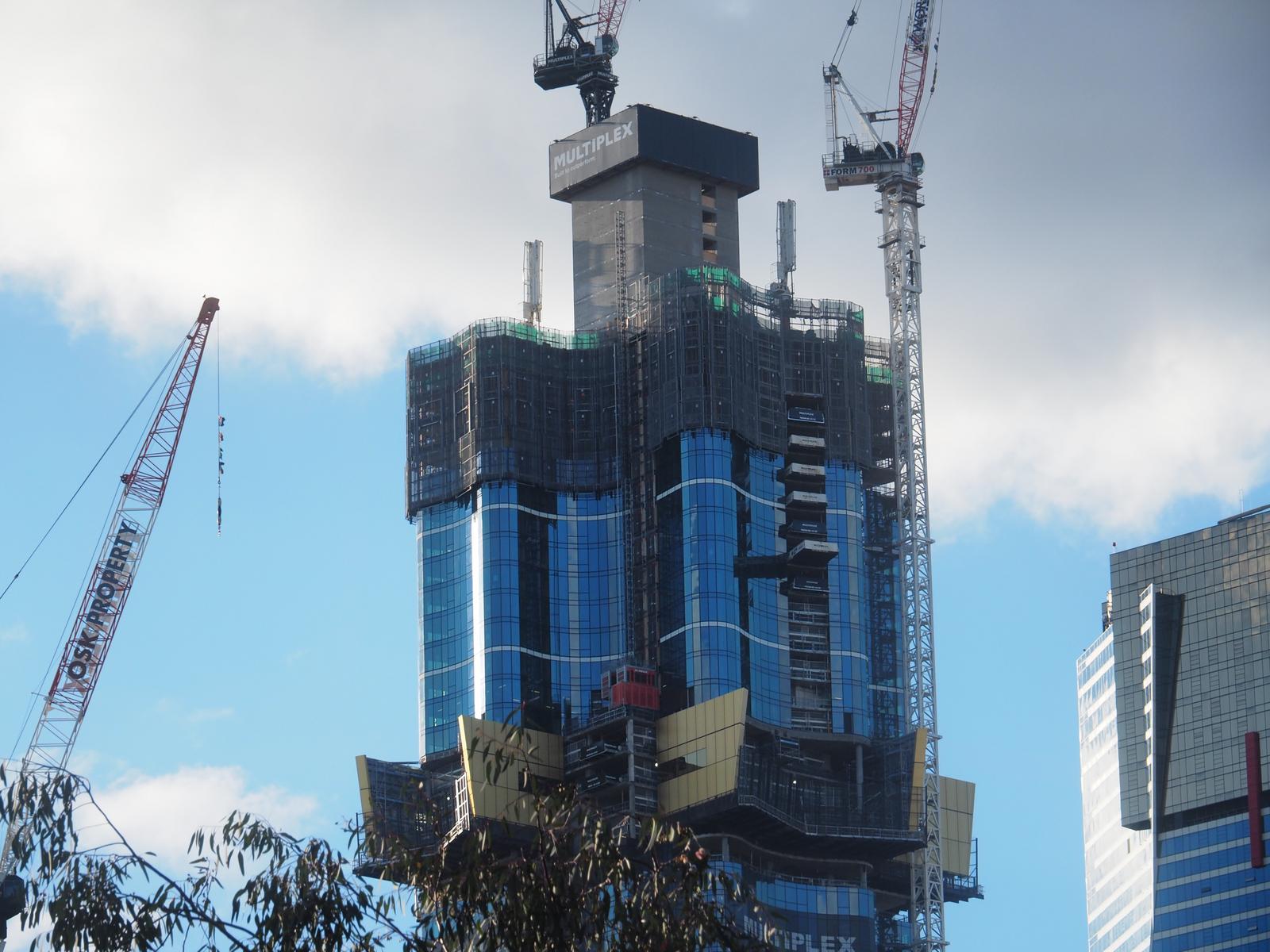 Core is up to level 93 apparently. 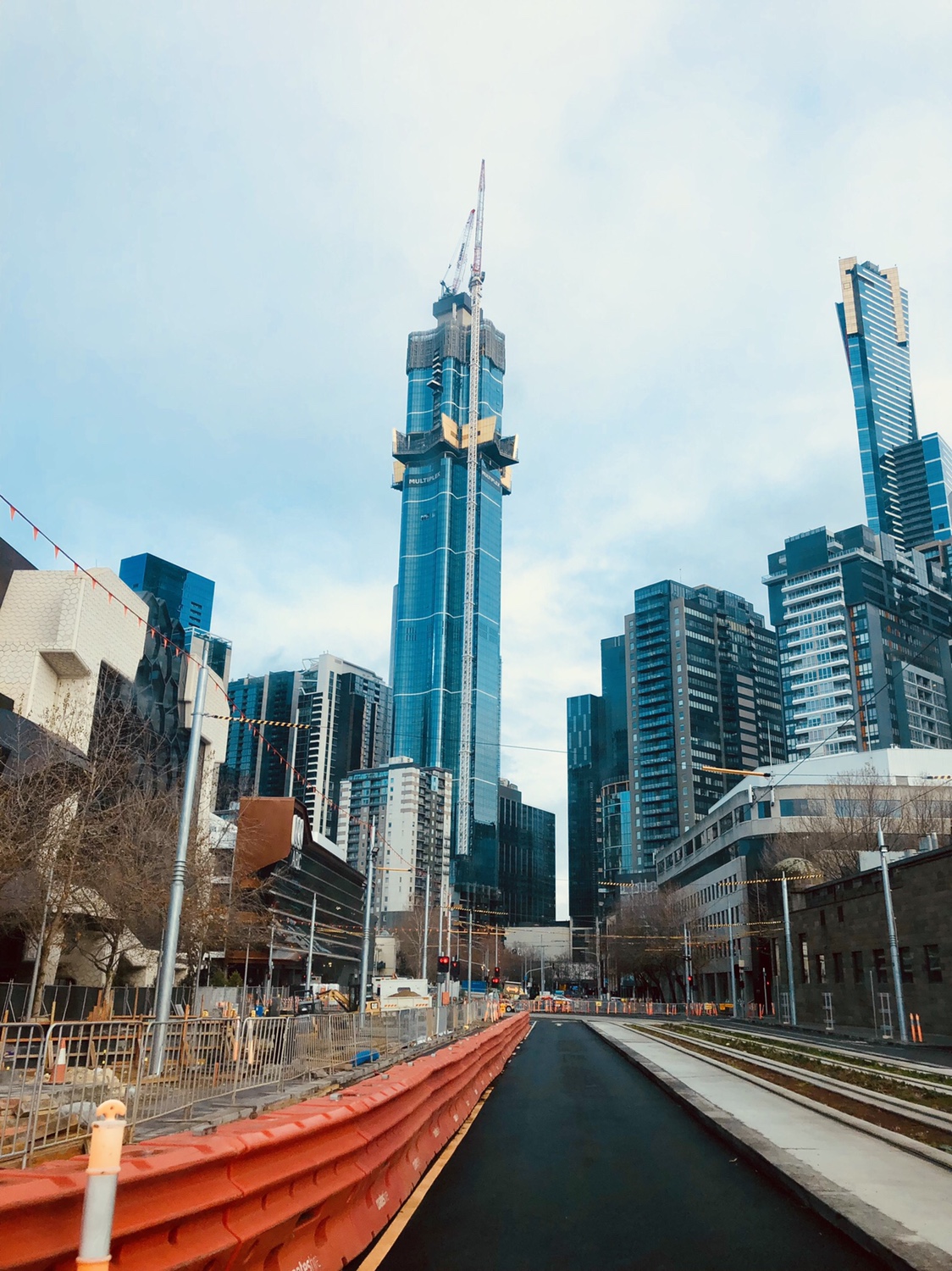 Is the star part the observation deck or will it be located at the top does anyone know?
Top

It's not an observation deck in this design being built. The entire building is residential. Previous proposals featured a hotel.
The top floor is a single penthouse, got sold for $25 million
Top

Thanks Rev. what is the gold star? Just apartments too or function space or something?
Top

Ben wrote:Thanks Rev. what is the gold star? Just apartments too or function space or something?

Amenities such as a pool and gym etc

Looks like it's passed Eureka now? core at least anyway.. 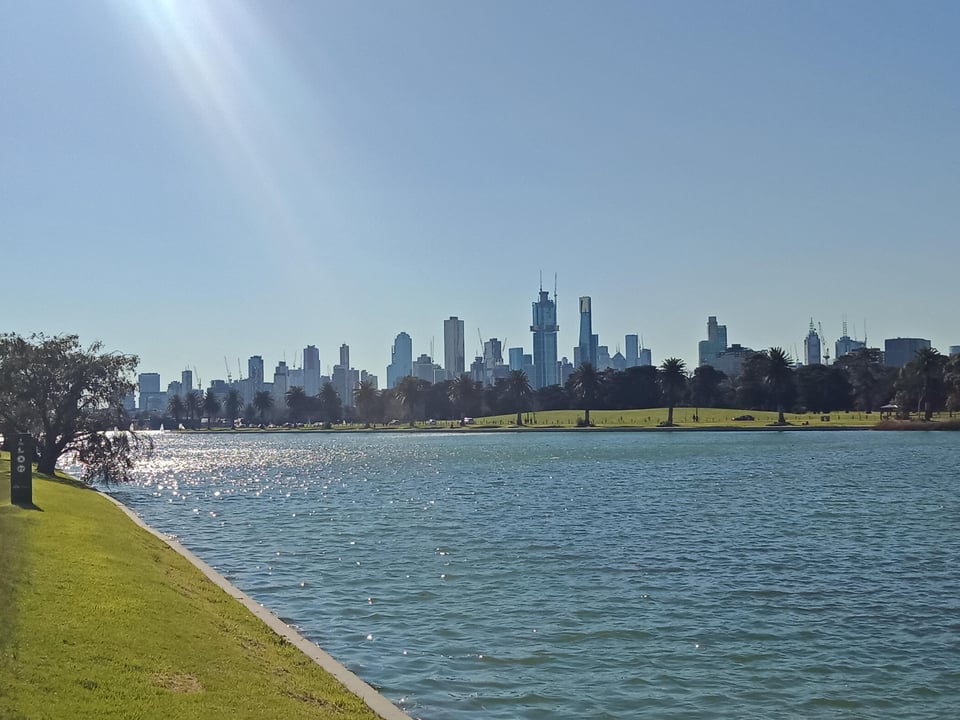 The tower/core is at 101 stories as of this week. Depending on what part of the city you are on, it is quite staggering how tall it is. I can see it where I live which is almost 40 km from the CBD. I can take some contextual photos if anyone is interested

An investor in the southern hemisphere’s tallest tower, Australia 108, on Melbourne’s Southbank, says he has only himself to blame after heavily overpaying for a two-bedroom apartment bought off-the-plan four years ago.
The local buyer, who asked not to be named, bought the apartment for $972,000 in 2015, when the market was booming. It measures about 60 square meters and is on the 64th floor of the 100-storey skyscraper.

Australia 108 will be finished next year, but is unlikely to be sold out. Simon Schluter
With settlement due in December, the apartment has been valued (twice) at $725,000, a fall of 25 per cent.
‘‘I am really upset. I and my wife work day and night and just lost this amount even before we got the key ... it’s our own stupidity really,’’ he said.
Having paid a 10 per cent deposit of $97,200, he could be financially better off walking away than trying to fund the valuation gap.

‘‘I believe the developer should reduce their profits and give us some rebate on the price,’’ said the buyer, who is ‘‘still considering the best course of action’’.
While valuers said a 25 per cent difference was surprising, valuation shortfalls and falling prices have plagued Australia 108 – its lengthy development and construction period has straddled an entire market cycle, from booming conditions five years ago (driven to a large extent by offshore investors) to the recent crash in apartment sales because of tighter lending rules and higher taxes.
I've seen it go the other way where someone has made $100,000 on an apartment before its actually built.
The Australian Financial Review revealed in June that there had been a 10 per cent cancellation rate at Australia 108 based on figures reported by its developer, Singapore-listed World Class Global.
According to these figures, a near 98 per cent sell-out reported in September 2017 had fallen back to 88 per cent in June, with more than 100 apartment sales cancelled.
A spokesperson for World Class Global did not dispute that some valuations were coming in well below the purchase price.
‘‘Valuations change in line with the property market and can vary between valuation companies. We are confident in the development’s long-term investment value and are committed to working with our buyers throughout the settlement process,’’ the official said.
Tony Kelly, Melbourne managing director at valuation firm Herron Todd White, said discussions with his local team revealed that a ‘‘lot of valuations at Australia 108 have gone backwards’’.
"You have to remember that when you buy off the plan, you are taking a punt that it may be the right price in two year's time or might not be.
"I've seen it go the other way where someone has made $100,000 on an apartment before its actually built.
"Apartments in Australia 108 were sold at pretty expensive rates," he said.
The resale listings for settled apartments in the lower portion of the tower show that values have gone backwards for many owners.
A one-bedroom apartment on the 29th floor bought for $485,000 in 2014 is advertised for auction at between $400,000 and $440,000. Another on level 47, bought for $527,000, is being offered for $497,000.
An investor on discussion forum PropertyChat wrote last year that he had changed his mind on buying a one-bedroom 60sqm apartment in the tower after the valuation came in 17 per cent lower than the original contract price of $565,000.

Perhaps, but Melbourne's population is expected to hit 11 million by 2050. Demand? Yeh, they've got demand. There's like 30 new suburbs in the pipeline too. It's the fastest growing region in the country. Once it's finished I doubt there will be a big problem selling whatever apartments are left. 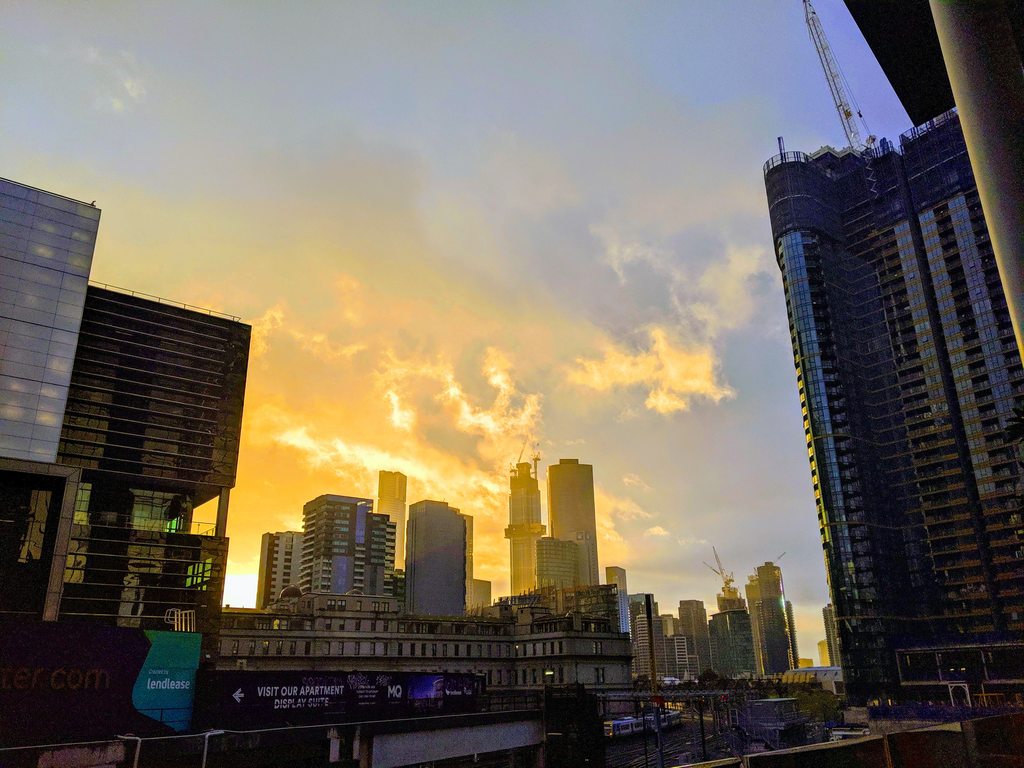 L100 may already be done, as that photo is nearly two weeks old. 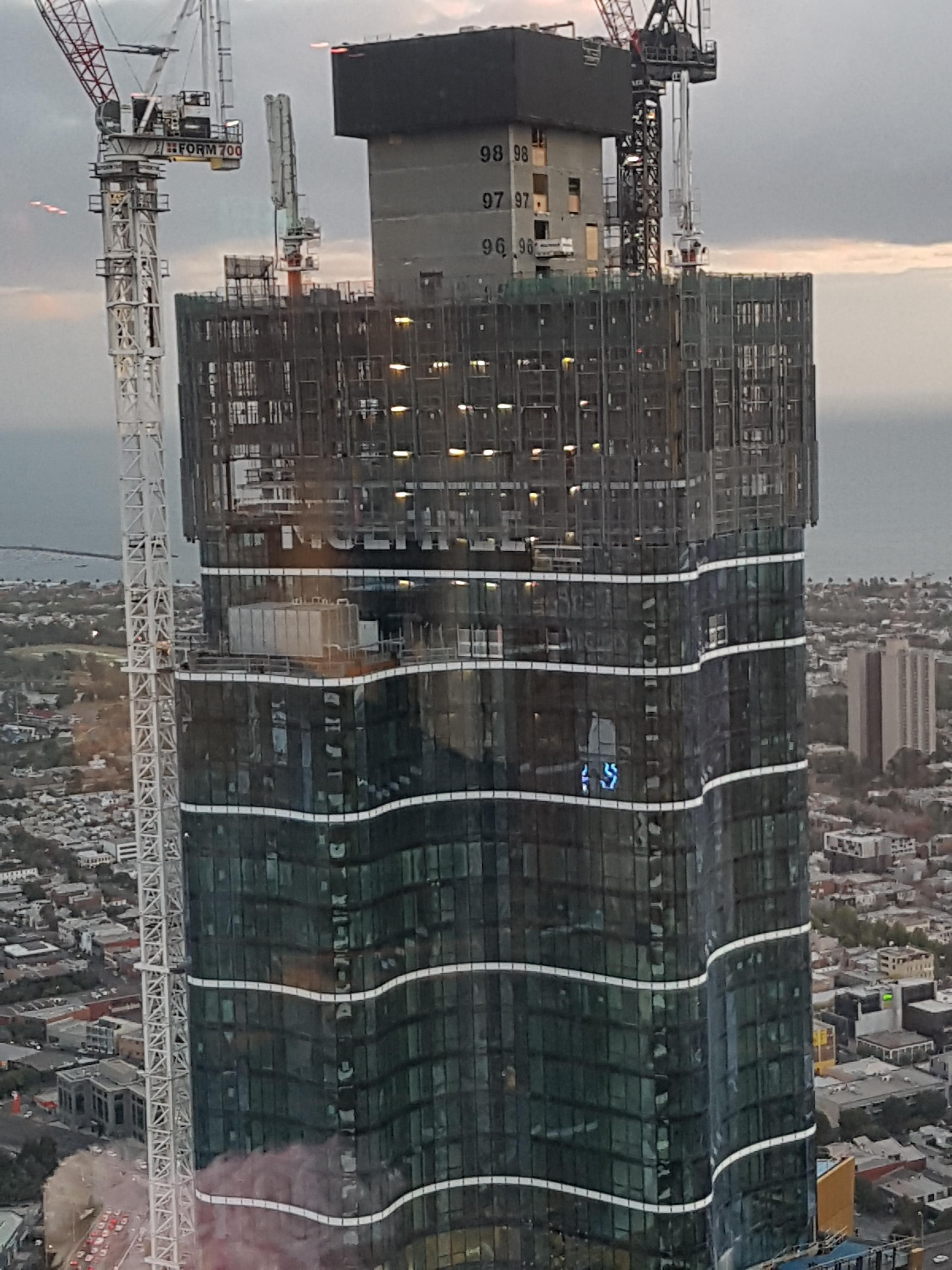 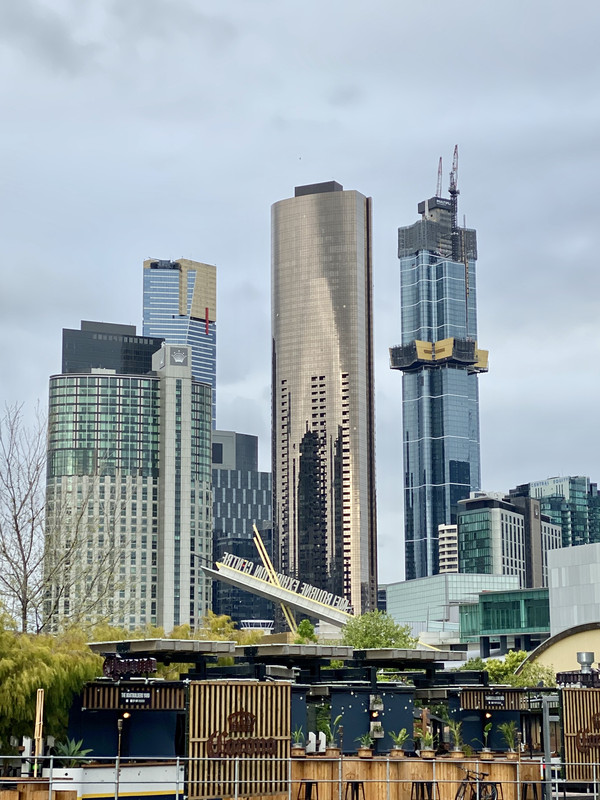 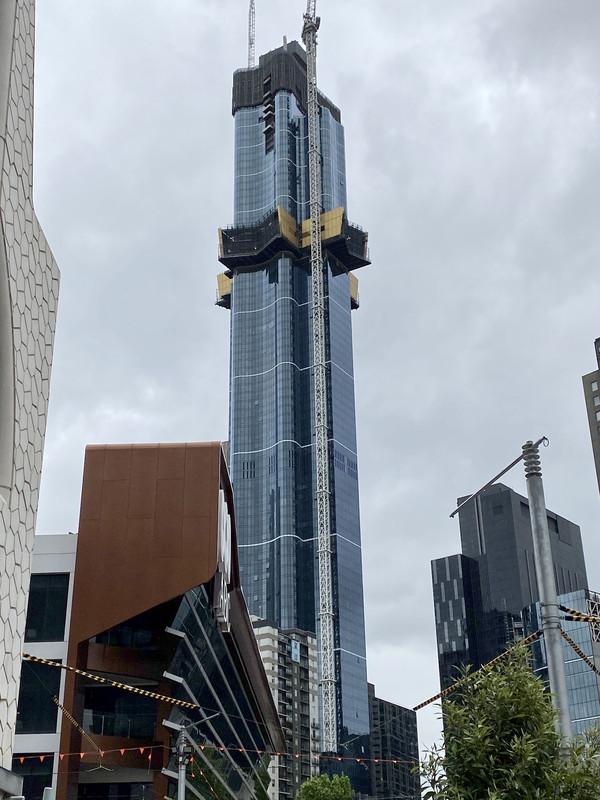 For context Melbournes population is growing by around 350 people a day.
Top

Various photos i have taken over the past month.
Top

Various photos i have taken over the past month.