All high-rise, low-rise and street developments in the Adelaide and North Adelaide areas.
Post Reply
513 posts

Probably not quite the right thread but this is great (and very sensible) news...

Rules that restrict the type of live music that can be played in South Australian pubs and clubs are to be lifted after a bill was passed in State Parliament.

The bill does away with entertainment consent requirements for licensed premises wishing to provide entertainment between 11:00am and midnight.

Greens MP Tammy Franks said one Adelaide hotel had been limited to four-piece bands and an East End venue in the CBD could only host performers playing the harp or didgeridoo.

"At the Seven Stars Hotel there are restrictions on their stage there, they can have four performers but not five, so the Happy Mondays couldn't play there ... it might be contravening the law," she said.

"The Belgium Beer Garden was only allowed to have [live] music in the form of harps and didgeridoos, other venues have had restrictions on grunge in particular."

Ms Franks said the rules were enforced and prosecuting licensees resulted in a waste of Government resources.

"Many venues have had it enforced," she said.

"The most obvious case is the Dublin Hotel which was only allowed to play Irish folk music. Had a DJ on and they got taken to court and prosecuted for having a DJ in the pub.

"[It's] wasting police resources, government time and government money and for what?

"They went and got their licence changed eventually, the lawyers made a pretty fee out of it, but live music was not the winner that day and neither were the licensees or the punters."

Ms Franks said through the amendment bill, the commissioner has the power to remove some of the rules that exist for hundreds of venues across the state.

"The commissioner has the power now to remove some of these archaic provisions that are in hundreds or licences across the state and by Christmas time you'll be able to have a beer and watch a band and it won't matter if it's grunge, rock, folk," she said.

"Liquor licensing will just care that you're being served alcohol in a safe premise."

She said she hoped the amendment bill would help promote live music in South Australia.

"We say we want live music in this state, it's big business internationally, it can be big business here in Adelaide," she said.

"So by cutting out the entertainment constraints around liquor licensing we hope to free up the music industry in this state."

Adelaide is about to get a new live music venue that’s equal parts warehouse party and underground train terminal. Set to reinvent the former home of The Cavern beneath North Terrace, Fat Controller is the latest project from the folks behind Royal Croquet Club and Little Miss Dive Shop.

“I’ve been wanting to do this sort of concept for a long time,” co-owner Stuart Duckworth tells ripitup.com.au.

“The whole idea is a music venue which isn’t genre-specific, it’s malleable, it’s flexible in the sense it can host an array of different acts.”

We already got a glimpse of the venue’s potential last month when Neon Indian’s December 10 Meredith Music Festival sideshow was one of the first shows to be confirmed for the venue. The Aston Shuffle also revealed they would be set to play in barely a fortnight’s time as part of their upcoming High With You tour on Saturday, November 21.

But now we’ve seen a dizzying array of touring acts confirmed to play the venue, from big pop names like Asta, Client Liasion and San Cisco to louder names like Brisbane brat-punks Dune Rats and The Delta Riggs.

“The focus is on entertainment and the experience rather than the venue itself, it’s not too design heavy, it’s not too one dimensional,” Duckworth explains.

“A warehouse is very stark and raw and rustic and plain and that’s the whole idea, taking the warehouse style of venue into the city.”

The space itself is currently being overhauled and stripped back. Gone are the psychedelic murals and yellow submarines of its Beatles-inspired former décor, making way for a new identity that takes full advantage of the location’s subterranean location with design cues from New York and London undergrounds.

“Playing off the location was a really interesting angle for us to go down, and helped us come up with a concept,” Duckworth says.

“It has evolved since then – a basement live venue near the railway station is kind of a dark take on a more lighthearted children’s character – the Fat Controller is now a recluse in a basement.”

With ex-Beatle Ringo Starr providing the iconic narration to Thomas The Tank Engine, the name also forms a neat link between the space’s history and its latest incarnation.

“It was originally unintentional,” he laughs.

“But we realised early on, [and] that was the final piece of the pie that made the name stick. It was a sign I think.”

Fat Controller is due to open later in November 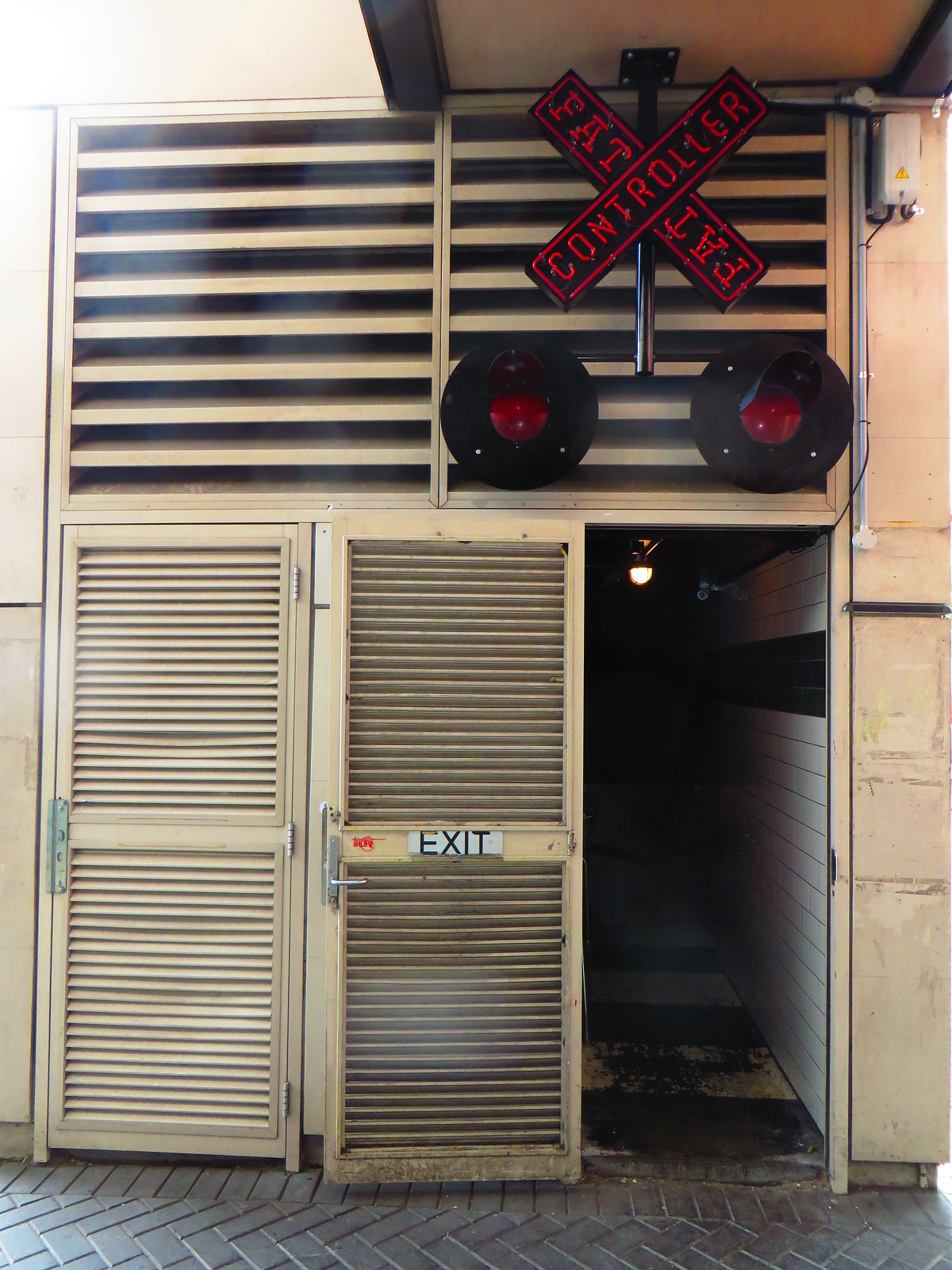 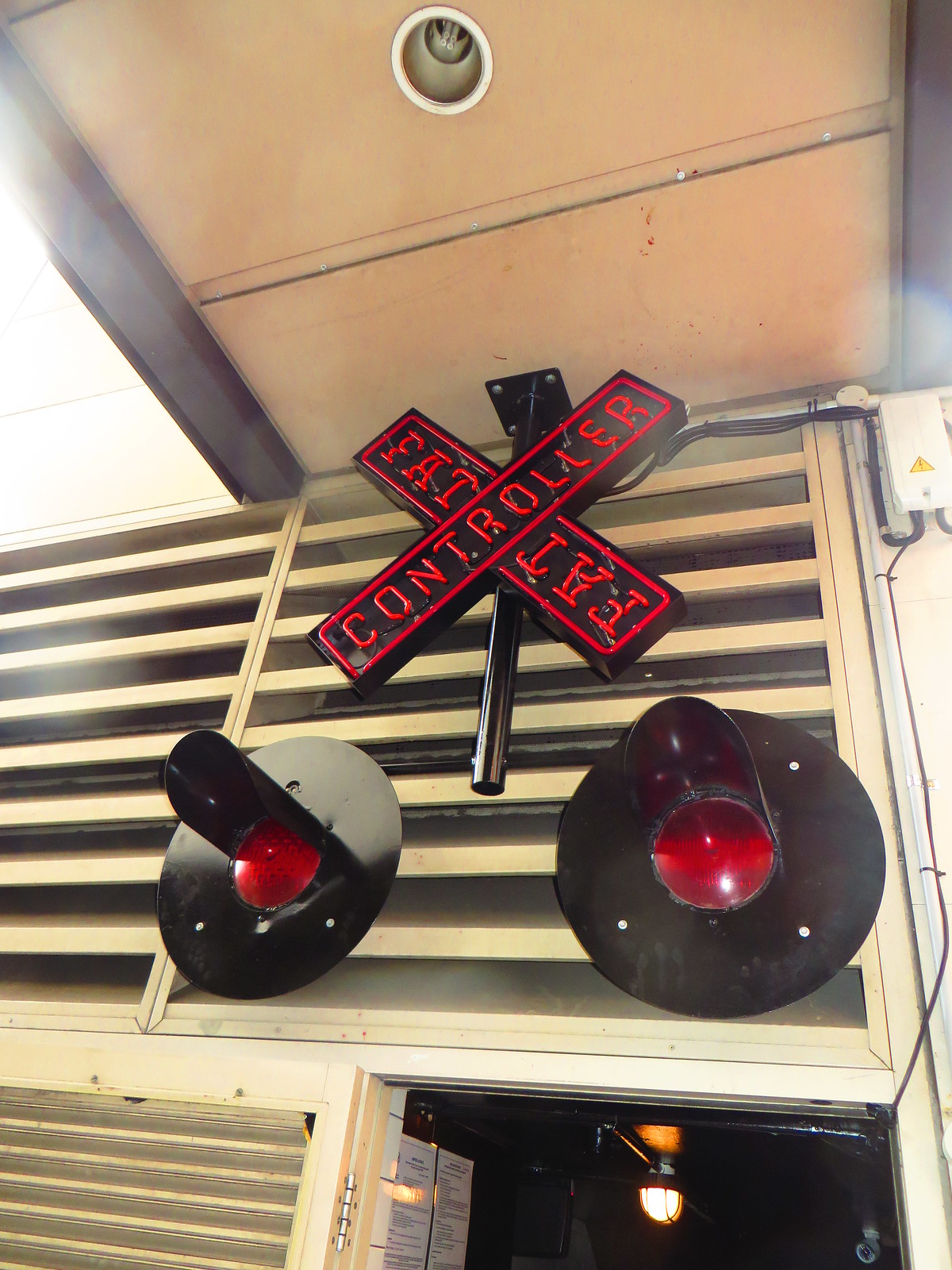 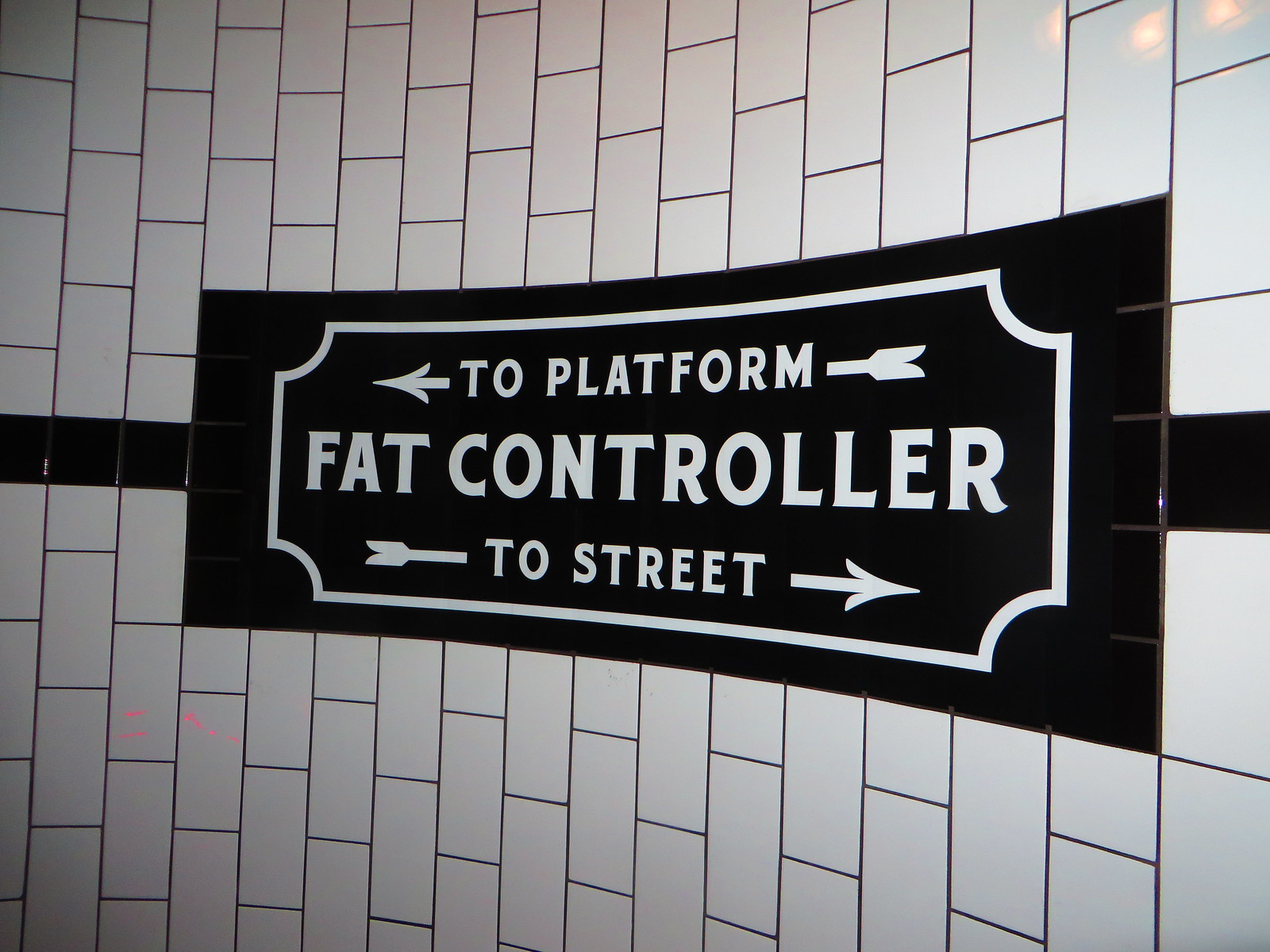 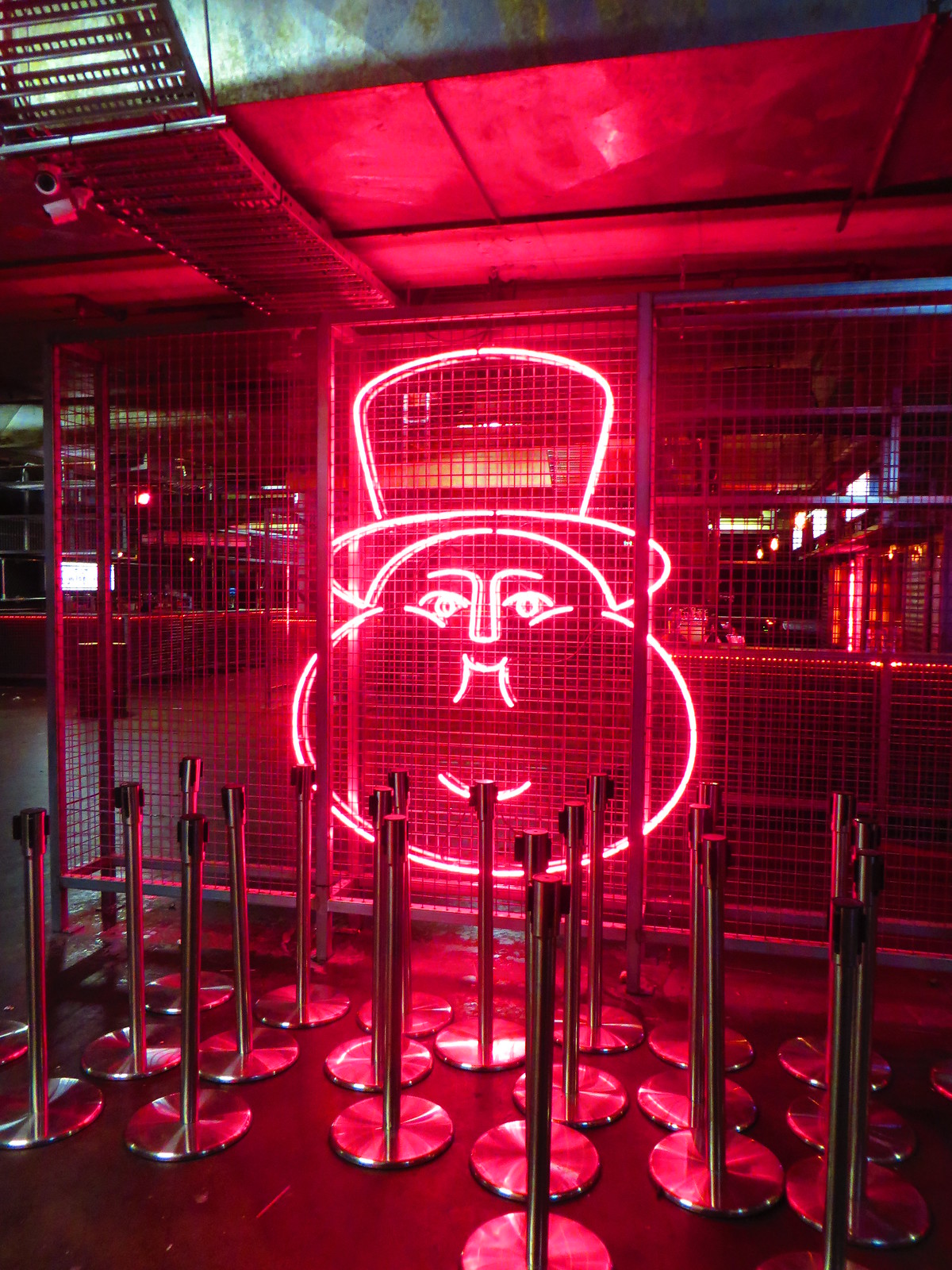 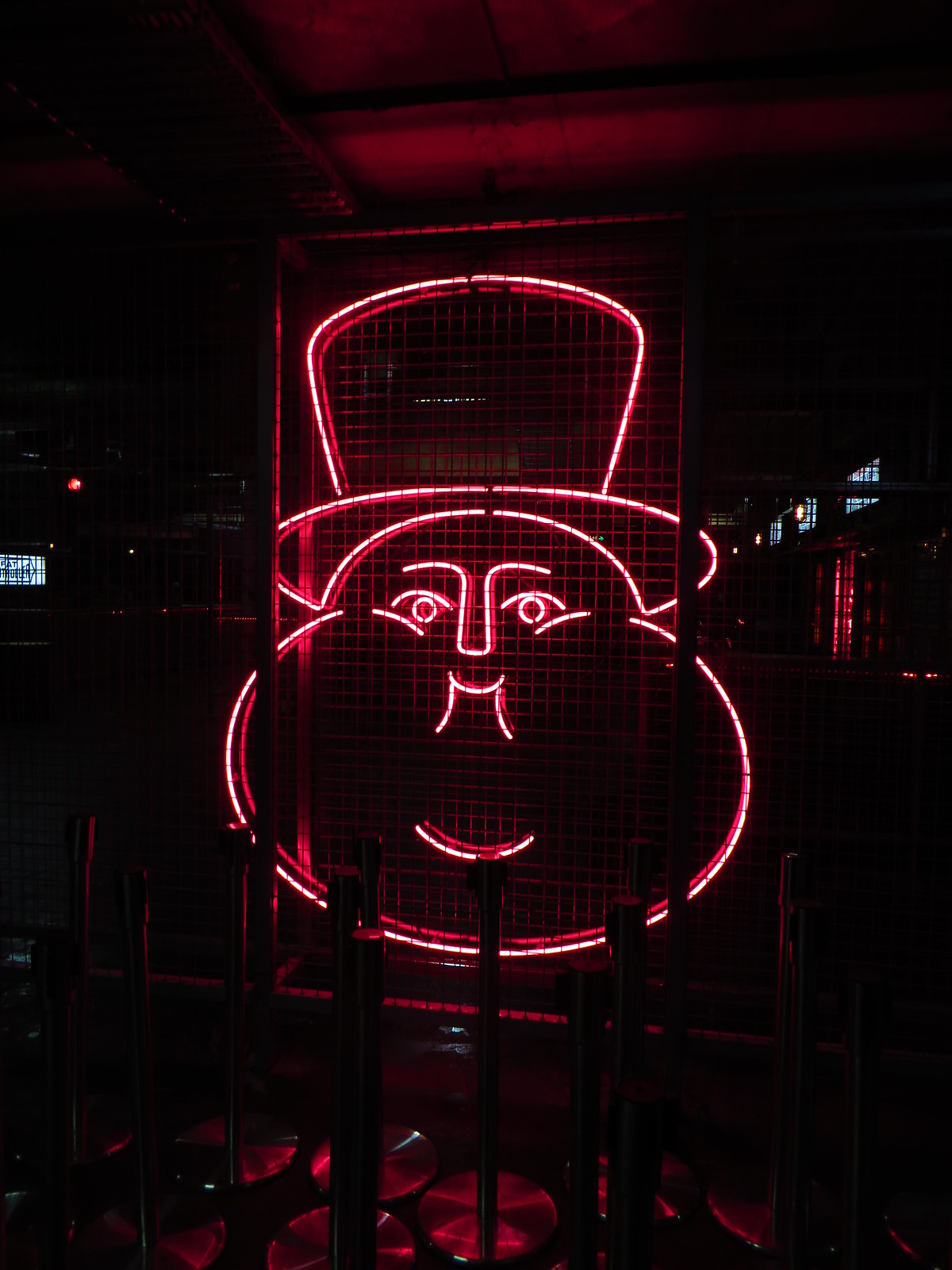 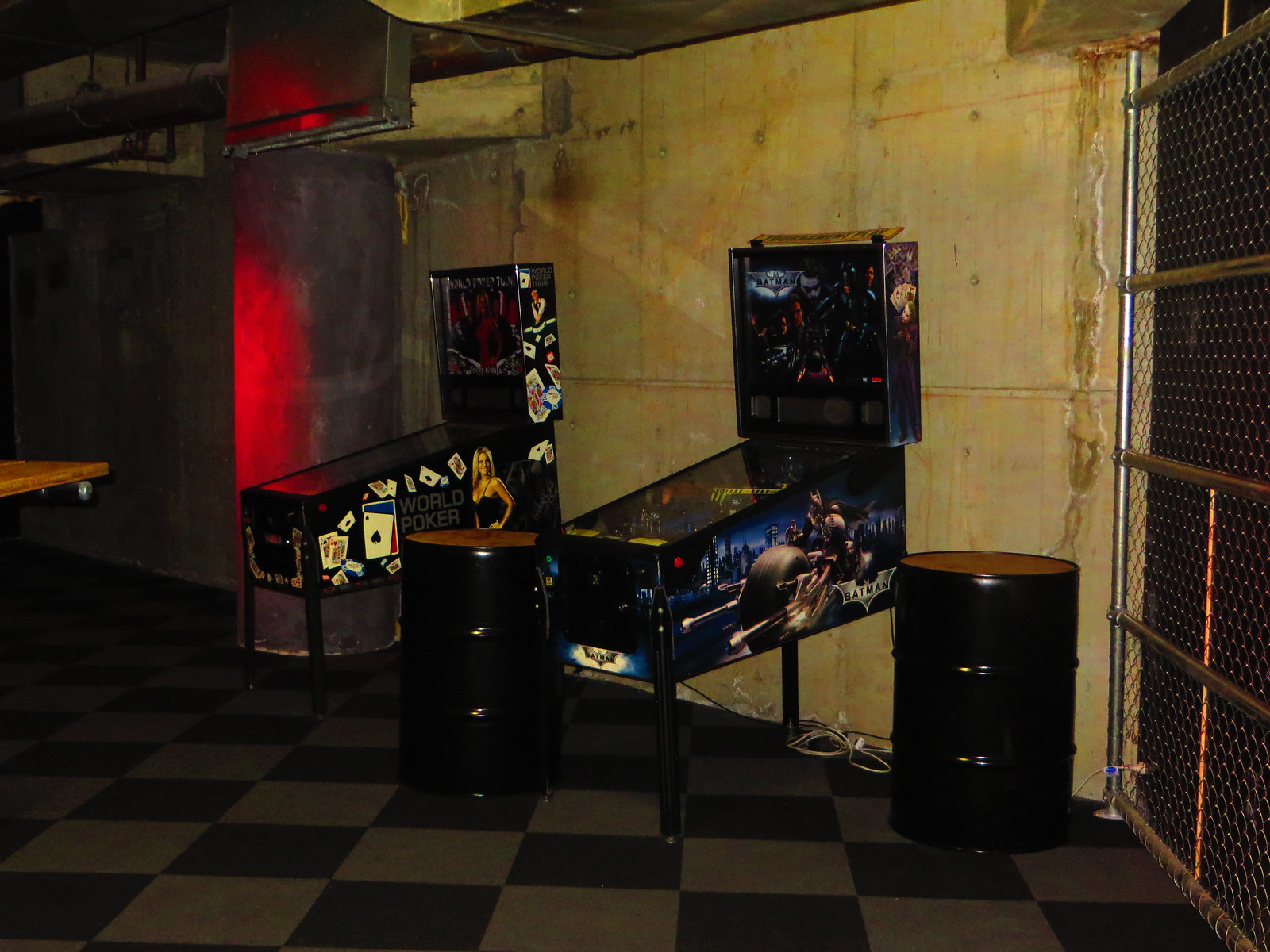 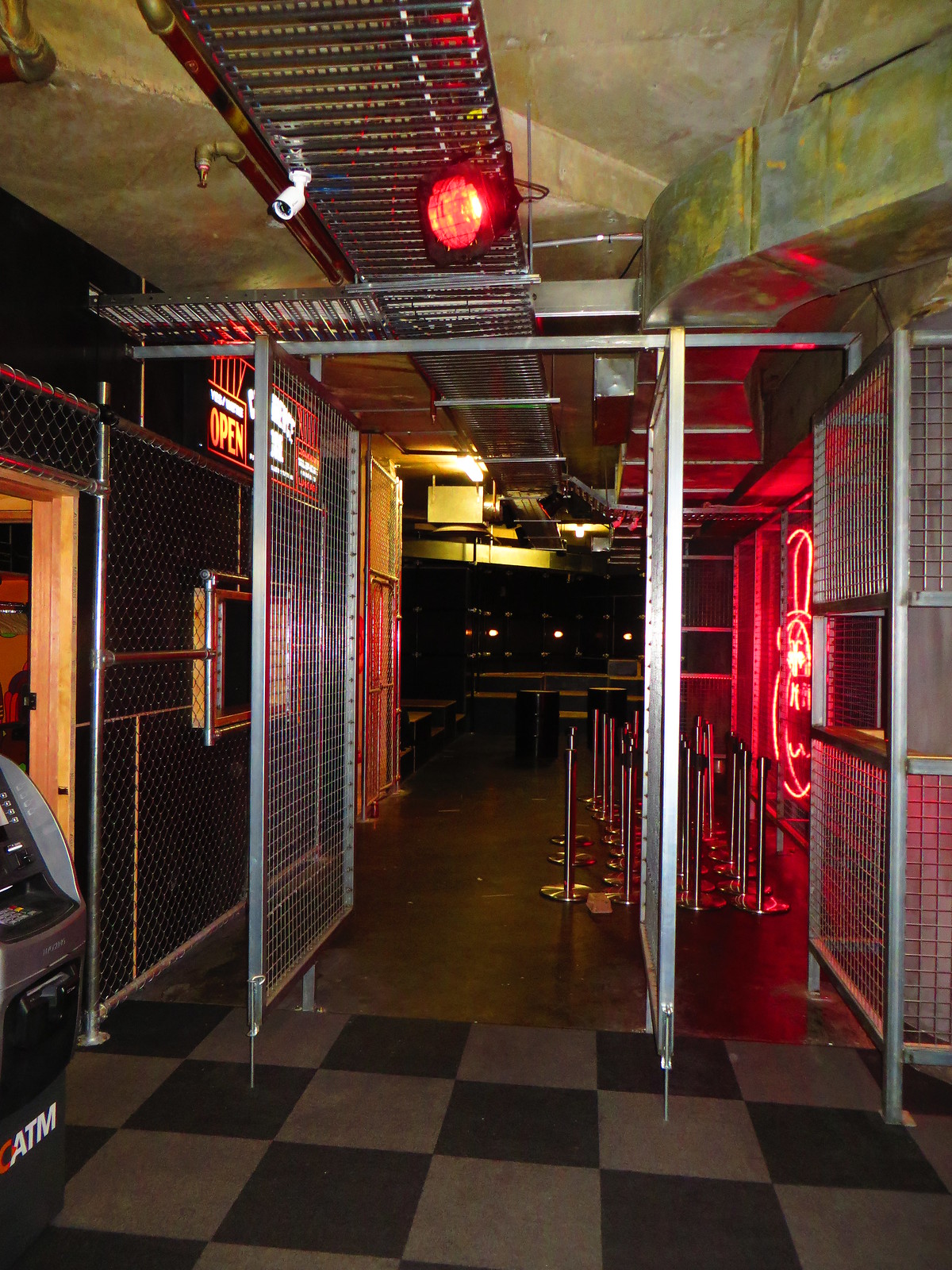 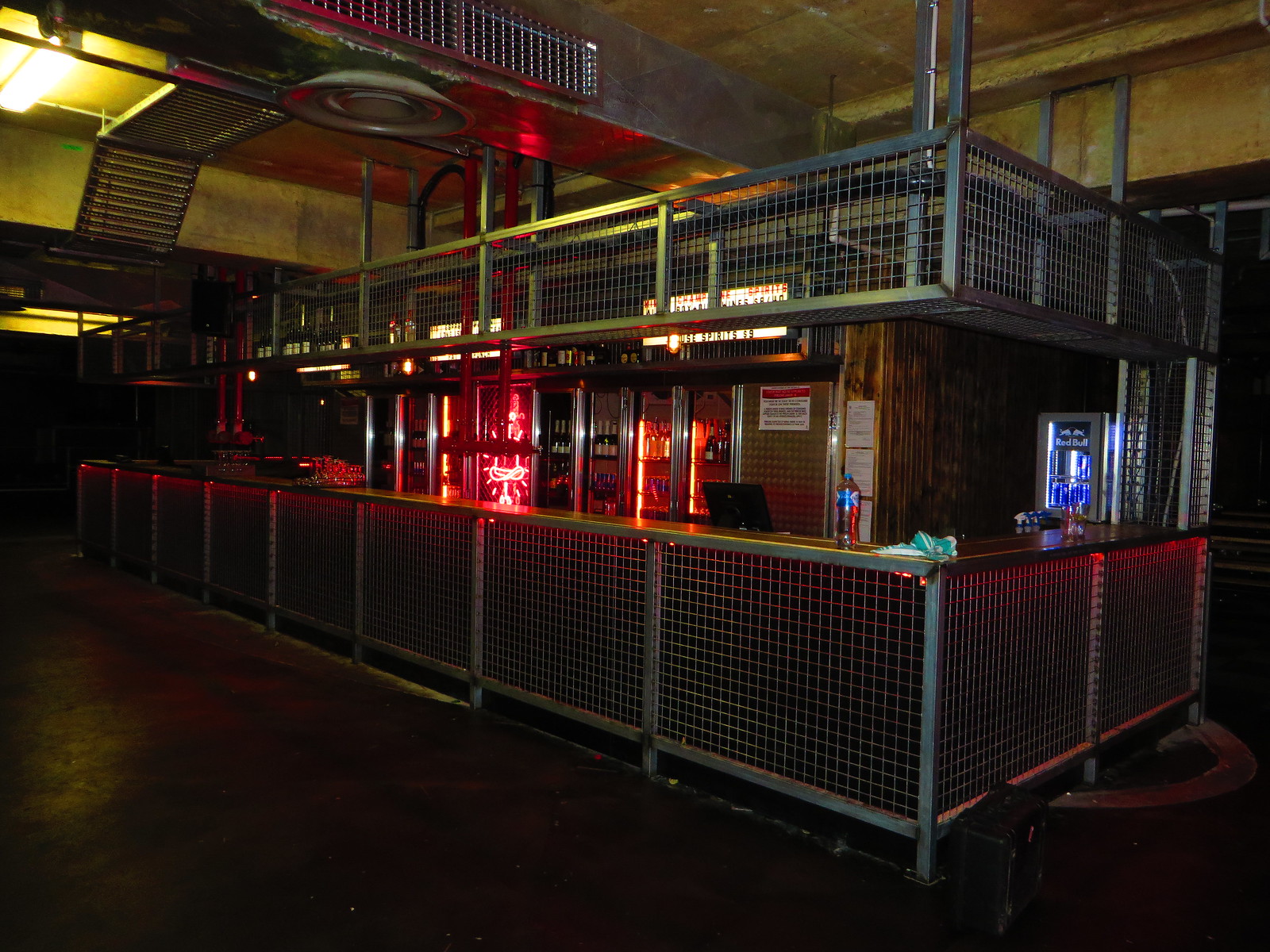 And for something a lil different.... Adelaide is set to gain a new gay nightclub in early 2016, called Mary's Poppin. The nightclub will be managed by Sydney based InTheDark Entertainment which also run the highly successful R&B Swagger nights across the country. Adelaide especially has been a major success for them and is one of the reasons why they have chosen to open a permanent nightclub in SA.

And for something a lil different.... Adelaide is set to gain a new gay nightclub in early 2016, called Mary's Poppins. The nightclub will be managed by Sydney based InTheDark Entertainment which also run the highly successful R&B Swagger nights across the country. Adelaide especially has been a major success for them and is one of the reasons why they have chosen to open a permanent nightclub in SA.

Location still yet to be revealed. Opens early Jan 2016

Attended the Fat Controller opening night, it's a great use of the space and will be prove it's worth when we have smaller tours come through town (it's owners are great at booking quality music). That being said, whoever thought it was a good idea to decorate the place with metal obviously didn't take into account that noise + metal don't mix well which therefore meant that the sound from the band playing last Friday was somewhat drowned out due to people's chatter in other areas of the venue.

Otherwise, I haven't got any negative to report.
Top

Too metal for you?

Exit on the right in the direction of travel.
Top

Too metal for you?

Haha, I walked straight into that one.
Top

Another small bar popping up in the south eastern corner of the city. AN American-style, multimillion-dollar city club due to open early next year will feature a 25,000 litre aquarium with “mermaids” and, later on, hammerhead sharks.

Situated at the former Garage Bar site on Waymouth St, Atlantis Lounge will have a 3m diameter cylinder, floor-to-ceiling infinity tank in the middle of the floor with two swimming performers.

Mr Buttigieg says the bar is also slated to have a 2.5m champagne fountain, acrobats, gold plated toilets, onyx wall and the “world’s largest” Agate bar worth more than $450,000, a chauffeur service for VIPs and champagne bottles priced from $15 to $100,000.

He is also seeking approval for a swimming pool for stage two of the development, and, for stage three, approval from South Coast Helicopters to fly in high-profile interstate guests via helicopter.

He is seeking council approval to potentially use Light Square as a helipad.

In a statement to The City, Adelaide City Council’s acting program manager for City Safety and Customer Service, Caro Mader, said that following the council’s own research and discussions with Civil Aviation Safety Authority (CASA), it was deemed that “under very specific conditions” it is possible to land a helicopter safely within Light Square.

“However, while a private operator approached Council recently to seek permission to do so, this application has lapsed,” she said.

“Any future application would again be assessed in collaboration with CASA and other authorities.”

Mr Buttigieg, who has been inspired by similar clubs in the U.S., says he wants to try some “outrageous things”.

“We want to try to attract other states to us and bring high profile clients down and offer them lifts into the city,” he says.

“It’s just going to be a wow factor for Adelaide.”

He says he has some “financial backers” to help fund the venture.

Mr Buttigieg, who has worked as a carpenter, says he wanted to “build a bar he’d like to visit” and believes Adelaide has the clientele for an up-market venue of this calibre.

“We want our competition to be 2KW, Electra House and The Pearl,” he says.

“We don’t want to be so strict on the people who come in but we still want the same class of person, just the up-market older crowd.

“I think Adelaide has the clientele for this.”

Mr Buttigieg estimates the entry fee to the bar, which has an overall capacity of 360, will be $20.

What to expect:
VIP room hire for $500-$1000, with bottle service
Bottles of champagne (some up to 15L) such as Ace of Spades and Cristal
Chauffeured Range Rovers for VIPs
Gold plated toilets from Turkey
Agate bar/onyx wall
Live house musicians (such as saxophone and bongo players)
Aquarium, tipped to be the largest commercial aquarium in Australia aside from SeaWorld

I wonder if the bikies are funding this one.
Top

Jesus Christ, that sounds like the most hideous "bar" experience possible.

Always think it's funny how some people refer to that sort of thing as "upmarket" when it's actually incredibly tacky and cheap. A bit like that Kim Kardashian woman...
Top

Not sure about hideous. It actually sounds like it could be fun!
Top

Oh. I just read that they'll be charging people just to enter. Forgot that!

Hypothetical for me now anyway as I live in Queensland.
Top

I don't get whats wrong with it? If there is a market good on them

I don't mind door entry in most instances - keeps the crowd at a resonable level.
Top

Waewick wrote:I don't get whats wrong with it?

In a nutshell:
Seems they think that Adelaide's full of coked-up stockbrokers from the 1980s.
Top
Post Reply
513 posts