All high-rise, low-rise and street developments in the Adelaide and North Adelaide areas.
Post Reply
76 posts

It's mostly exactly the same, except for this disagreeable little tidbit:

Which sort of raises the question of who comes back to anything after 5 or 6 years, let alone something as mediocre as this, and not want to make improvements.

Honestly, looking through the dev app again, I don't think I've ever read one where there's so many serious inadequacies flagged and yet it's still recommended for approval. It's the definition of doing the least.

I have to admit I hope it never gets up. I think I detest it more now than when originally proposed, most especially the insensitivity of the podium and the stupidity of the skybridge.

Though I do suspect the proponent is merely sitting on the increased land value with the intent to flip, given they've neglected their duty to protect the Newmarket they've promised to restore:

The Newmarket Hotel is understood to have sustained considerable internal damage over recent months as a result of vandalism.

Some pics of what was once the grand spiral staircase:

Thank you for sharing that :)an absolute shame what’s happened there...
Top

I'm a bit confused with what is going on here, this is the description of the new application :

Imagine something that tall in this location. The view it’ll have over Port Road as you enter the city will be quite the sight (so long as it isn’t another trash proposal).
Top

That's bloody tall near a flight path... very surprising.
Walking on over....

Has anyone confirmed that the "issue" is the distance between the top of a building and a passing aircraft? If it is, is it for air safety or building occupant noise concerns?

I understood that the issue was about radar sight lines and reflections. Some of these can be managed, or may not be the same concern that uninvolved people think they are. Perhaps the Sofitel Hotel drove software upgrades that make this possible.
Top

Remind me, when do these applications usually become available for public viewing?
Top

It’s hard to say. The 32 level Grote street lodged in August still hasn’t been yet while Southern Cross lodged the same month has not only been approved but commenced construction.

I noticed one the first page the first proposal at only 24 stories caused some issues with AAL penetrating the OLS. I assume they must have spoken to them prior to lodging but is surprising at this height in this location.
Top 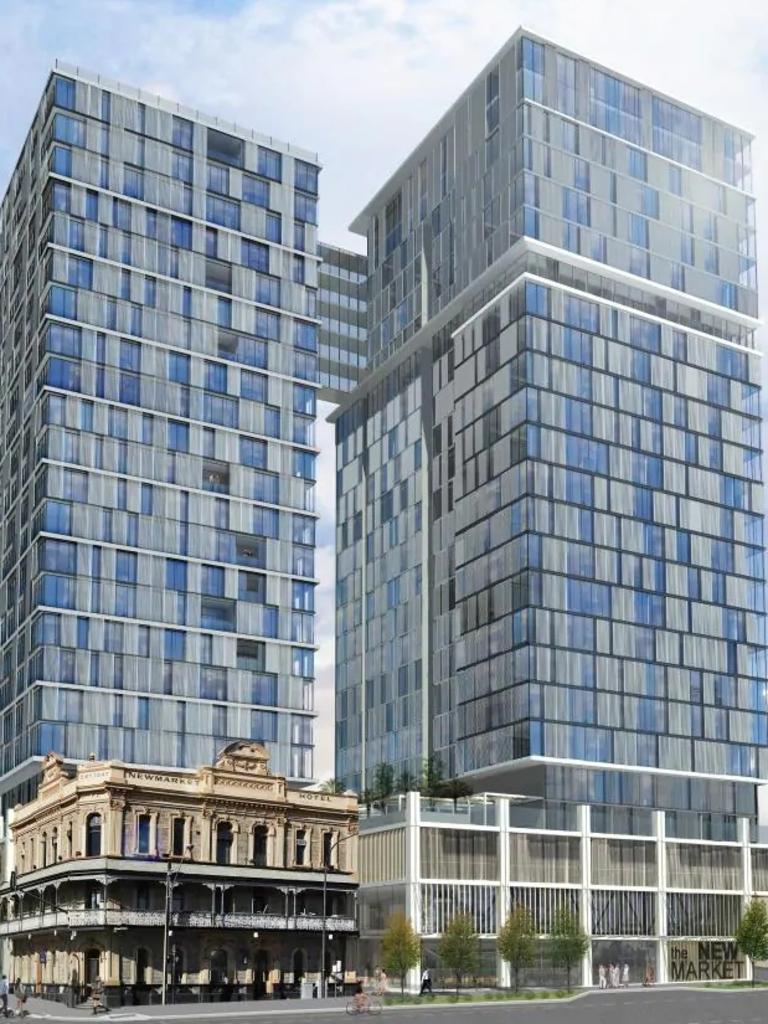 Thats the one being pushed by the advertiser.
Top

These are from the revised application for 24 March assessment 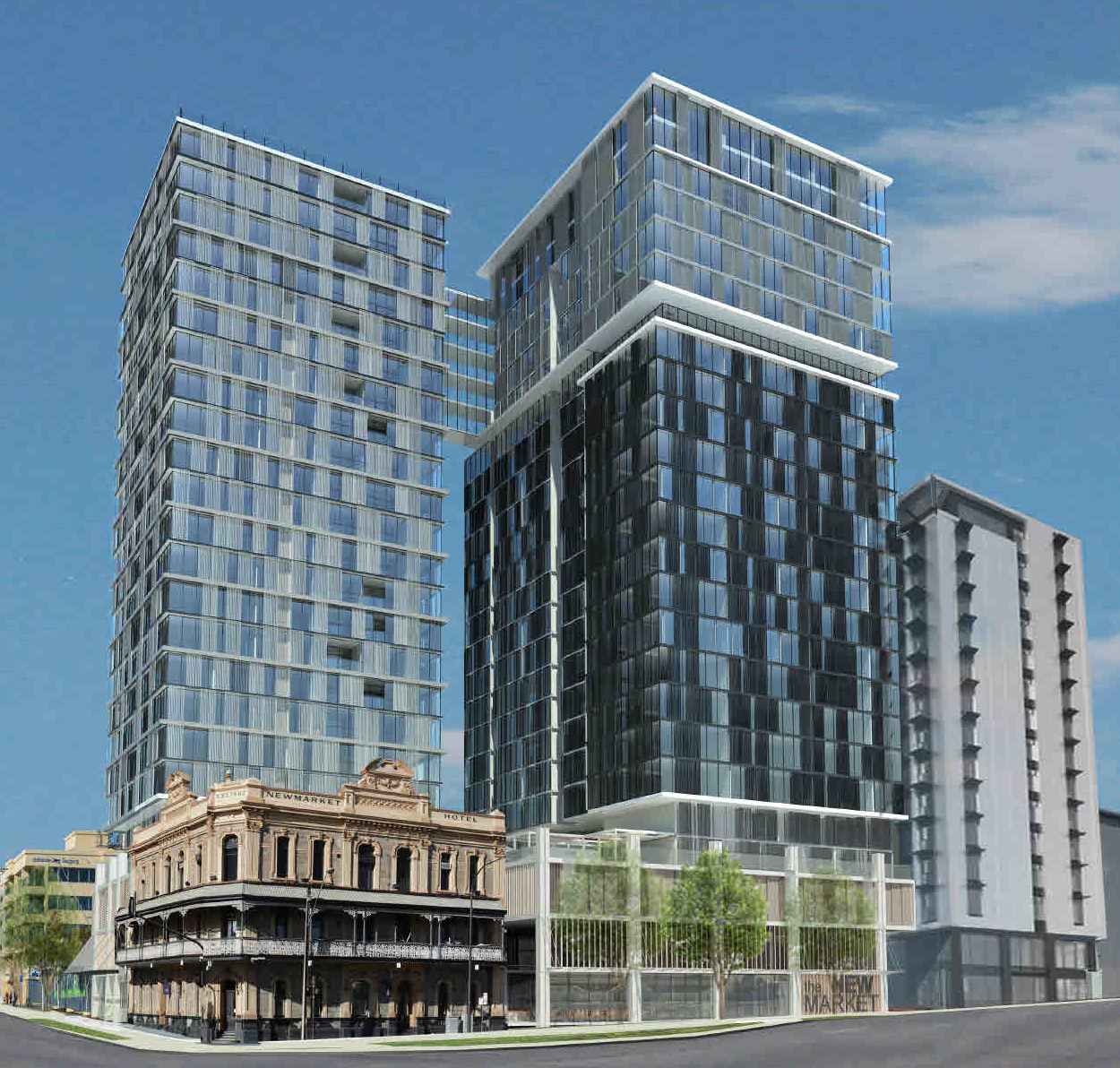 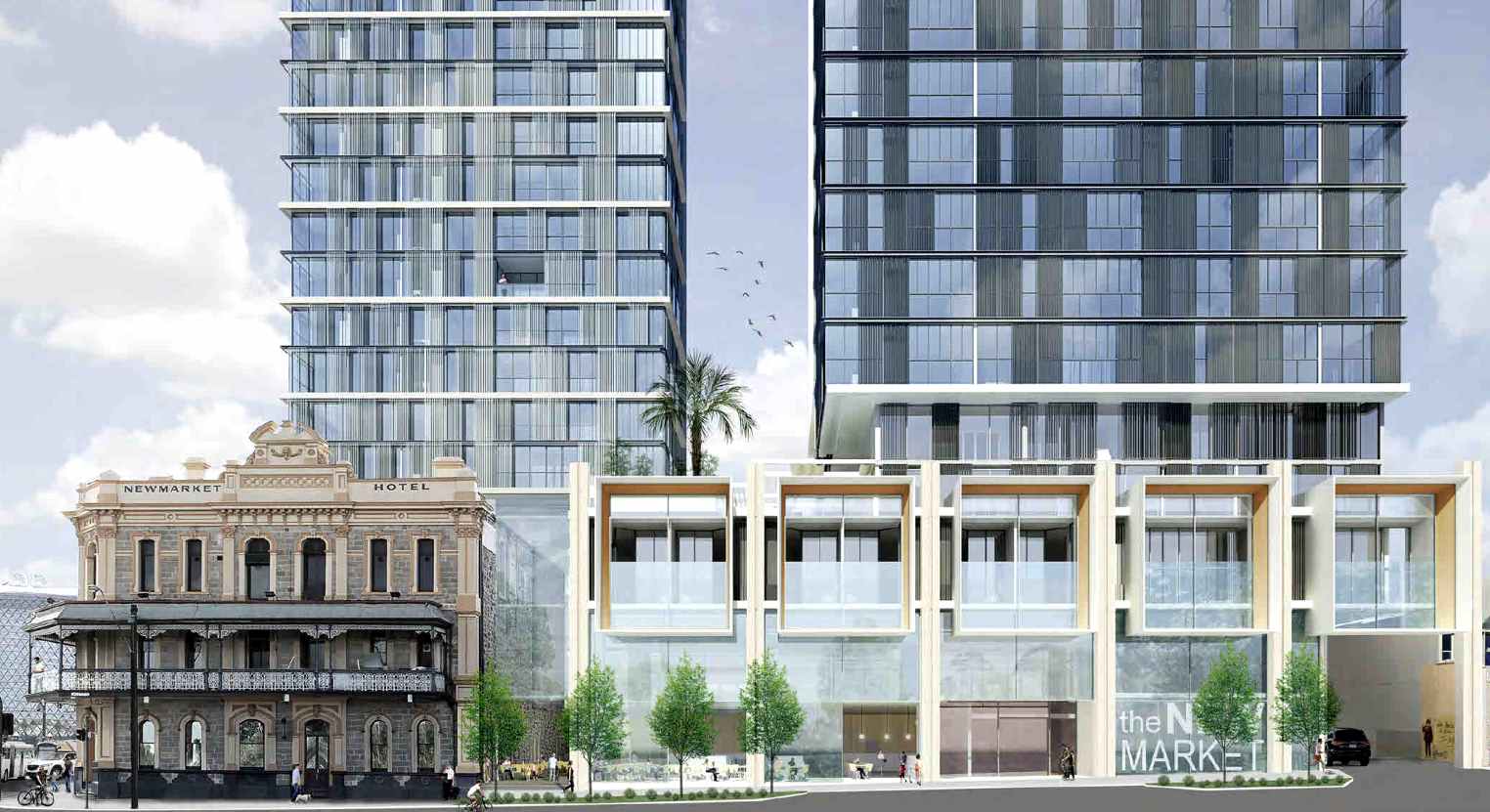 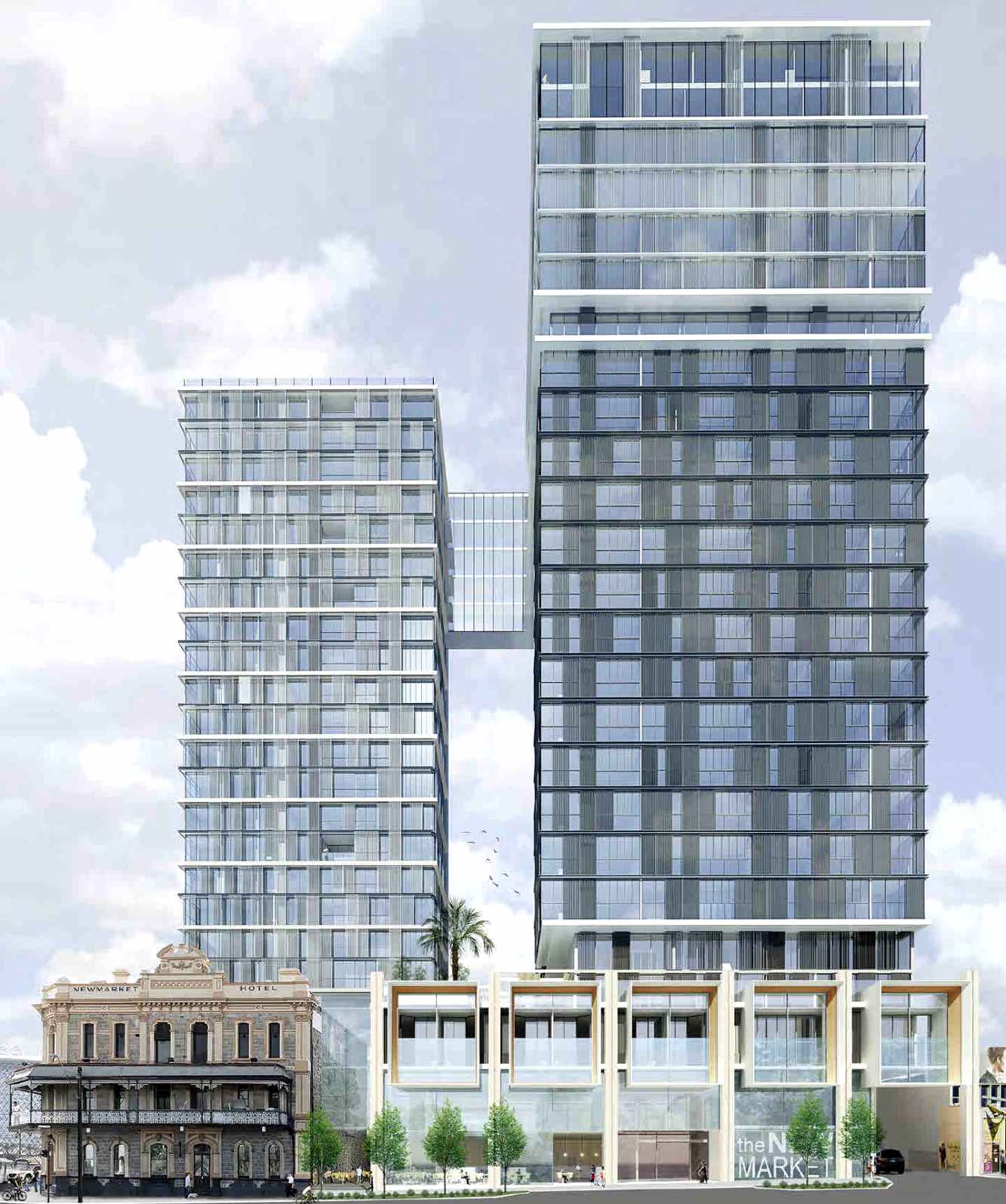 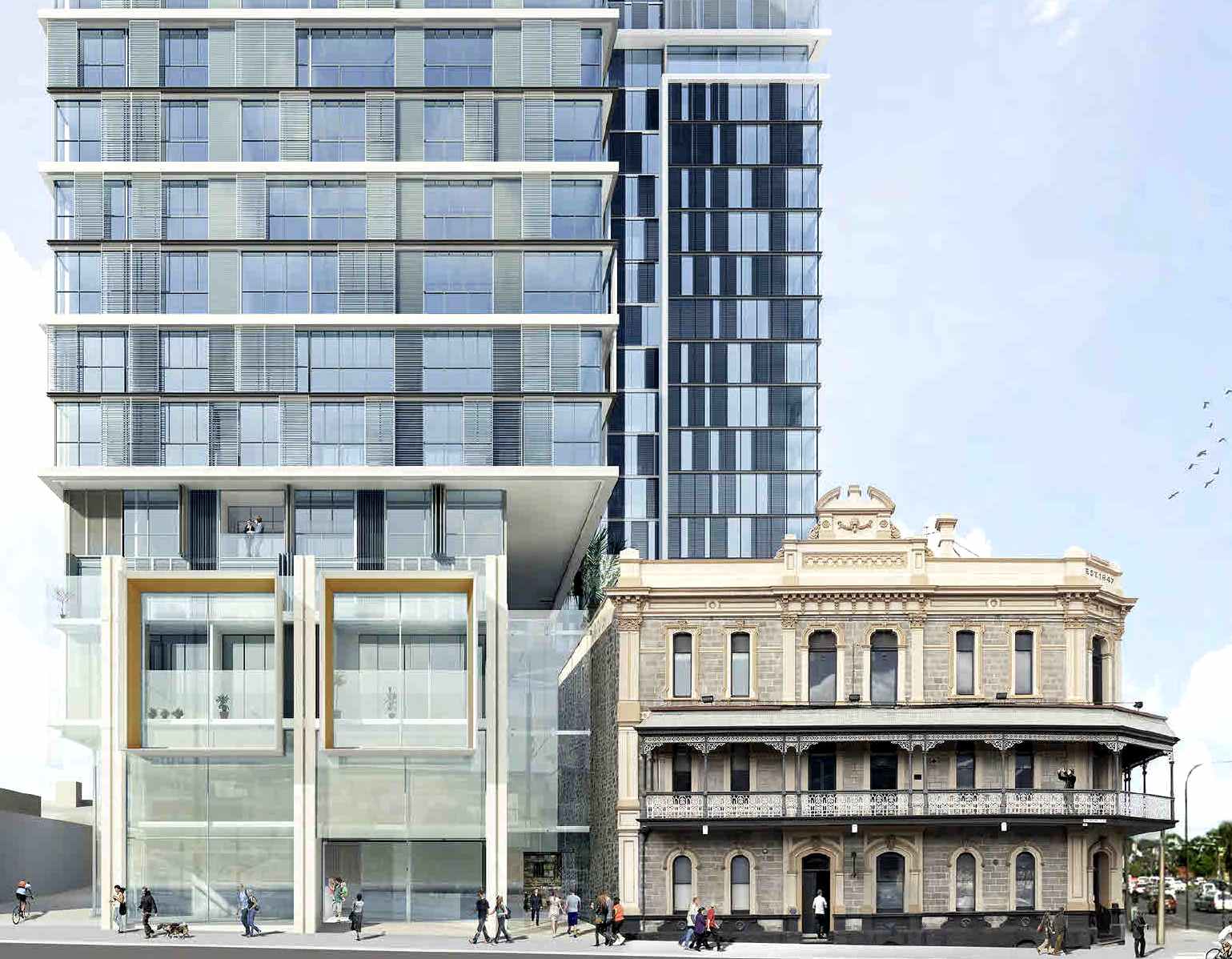 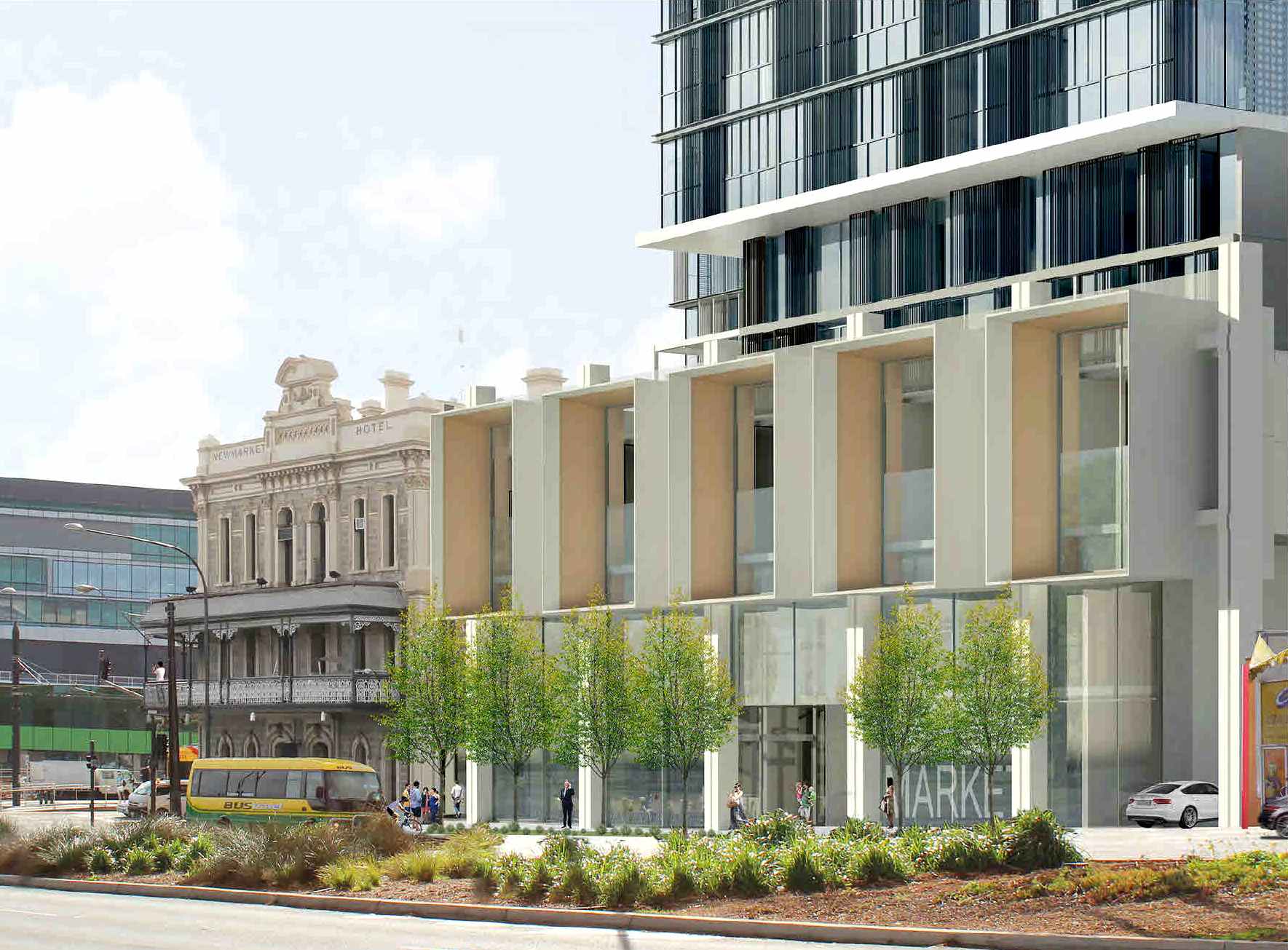 What are those dark panels on the right tower? Shades?
Top

These are from the revised application for 24 March assessment

It’s not the current single 32 level proposal though and these have been seen before.
Top

If that’s the revised render in the current application, i count only 24 levels in the render....where is a 32 level render??
Top
Post Reply
76 posts