All high-rise, low-rise and street developments in areas other than the CBD and North Adelaide. Includes Port Adelaide and Glenelg.
Post Reply
46 posts

Wayno wrote:Unley Council is expected to grant development approval for the Julia Farr Centre site in late-december (this year - just to be clear

And here it is:

FOLLOWING more than five years of legal battles and decades of vandalism, the disused Julia Farr building will be knocked down within a month.

Unley Council's development assessment panel this week approved plans for a retirement village with room for 333 residents across two four-storey buildings at the Fullarton site.

The Fisher building - once part of the Julia Farr disability centre but vacant for more than 30 years - will be demolished early next year.

The developer of the retirement village, Living Choice Australia, said in its submissions to the DAP it would clear the site within 14 days. But the company is waiting for a 14-day appeal process to pass before it can start.

An Unley Council spokeswoman said the building had been a concern for local residents due to its appearance and associated security issues.

Living Choice Australia has an action before the Full Court of the Supreme Court against residents who opposed the development and the Unley Council. The action will be dropped if there are no appeals against the latest DAP decision.

Ok, so this one is now formally approved so title changed to: #APP: Living Choice Fullarton (ex Julia Farr). I believe demolition is scheduled for the week of Jan 10-14. Get in quick if you want to take photos of the existing building!

The street address is 103a Fisher Street Fullarton (map here)

This Unley Council DA reference is from 2008, with a few mods requested since (reduced height? i'm not sure)
http://www.unley.sa.gov.au/webdata/reso ... Nov08s.pdf (Scroll to the last page for links to pikkies)

Here's a few images of the proposed development, including an overlay of existing building vs new development

The nation’s largest excavator is at the Fisher St site in readiness for the demolition works, scheduled to start tomorrow.

The former Home For Incurables was sold to developers in 2004 and has since become a haven for vandals.

Fullarton residents said that the demolition was a “cause for celebration”.

Marlborough St resident Ian Green said the building had been derelict and a magnet for vandalism for far too long.

“For every imaginable reason, it should go down,” Mr Green said.

“Every night without fail ... there would be three or four cars parked in the street between 11pm and 4am.

“People would be drinking in the street, going into the building, smashing things and yelling and screaming.

“Quite a few people in Marlborough and Fisher streets have been taking sleeping tablets, feeling stressed, and a few have sold their houses.

Knocking down the building will hopefully solve that.”

Neighbour Greg Bassani said the demolition was the best thing that could happen to the neighbourhood.

“First and foremost, the safety of our area - for residents and our kids - is paramount to us,” Mr Bassani said.

Living Choice Australia will build a 189-unit retirement village at the site.

Finally got around to going past this site last night - and what a shocker. I can't believe that this tall building was even able to get to its current state. Does any one know what year it stopped being used? And are there any photos around of how it used to look before it was closed?
Now I understand why the neighbours hate the place so much - imagine waking up to that mess every day
Baytram 366's Flickr: http://www.flickr.com/photos/[email protected]/collections
Top

baytram366 wrote:Finally got around to going past this site last night - and what a shocker. I can't believe that this tall building was even able to get to its current state. Does any one know what year it stopped being used? And are there any photos around of how it used to look before it was closed?
Now I understand why the neighbours hate the place so much - imagine waking up to that mess every day

I'm not sure which year exactly it closed, but it would've been around the late 70s when it was closed. The building was opened in 1967.
Top

So it was only a very new building when it closed? That's strange even for SA. Wonder what was wrong with it.
It was very hard to imagine what it would have looked like originally due to the level of vandalisim to it. Will have to post my shots to my Flickr page soon for those who have not seen it
Baytram 366's Flickr: http://www.flickr.com/photos/[email protected]/collections
Top

It'd be interesting to know more about the history. It may have been vacant for 30-odd years, but the vandalism is far more recent than that. The building was a polling place for the 2002 state election (I remember because I voted there), and as far as I recall it was still in reasonable condition back then.

Baytram -- photos would be great for those who aren't familiar with the site. The level of vandalism almost has to be seen to be believed!
It's = it is; its = everything else.
You're = you are; your = belongs to.
Than = comparative ("bigger than"); then = next.
Top

baytram366 wrote:So it was only a very new building when it closed? That's strange even for SA. Wonder what was wrong with it.
It was very hard to imagine what it would have looked like originally due to the level of vandalisim to it. Will have to post my shots to my Flickr page soon for those who have not seen it

I did a bit of research a while back regarding this place, and posted on the "Defunct places of Adelaide" thread.


DM8 wrote:This building was known as the "West Block". Originally, it was part of the "Home for Incurables", which started back in 1878, founded by a Mrs Julia Farr as an 8 roomed wooden house on the current 9 acre site at Fullarton. There are a few sketchy details of events between 1878 and 1978, but apparently someone has written a book covering the history of the "Home for Incurables" over that 100 year period. From what I've seen, there were buildings at the Fullarton premises, and also at Glenside.

The "West Block" commenced construction in 1964, completed in 1967 with 204 beds. In 1977, the new "East Block" (which is the 9 storey building still in use on the site, with 416 beds) was opened, and patients were transferred out of the West Block and in to the East Block by 1978. Once everyone was out, the West Block was refurbished, but remained largely vacant. As at December 1983, the only services still running in the building were:
- Medical treatment facilities,
- Dental facilities,
- Optical facilities,
- A sewing room, and
- Sir James Irwin Hall
which I think were mostly (if not all) on the ground floor. Sir James Irwin Hall (which was built as an addition to the West Block), was constructed as a result of fundraising by the Rotary Club, and is essentially a theatre with projection facilities. Blogs I've found suggest that a fella used to run movie nights each Saturday, with people crammed in to the hall to enjoy the films - they were fun filled evenings that all of the residents/inpatients always looked forward to.

I can't find when the above services moved out of the West Block, nor when exactly it was sold. In 1981, the "Home for Incurables" was renamed the "Julia Farr Centre" (in honour of Julia Farr, but probably political corectness also). Info I've found suggests that the building was sold to "Living Choice" somewhere between 5-10 years ago - this is a property group that do retirement villages (mostly interstate). The building has basically been derelict since it was sold. The Julia Farr Centre actually no longer exists - it was merged in to Disability SA back in 2006. For the rest of the buildings on the Fullarton grounds, the South West block, which I think was a nurses home, has been sold and is now student housing (conveniently, it's right next to Concordia College). The big 9-storey building is, I think, a day surgery, however Disability SA run some operations from here also.

In short, there appears to be no reason why the West Block was closed, other than perhaps the need for a larger facility. A report in 1983 analysed options for reopening of the West Block, but none came to fruition. The building was only in full operation for just over 10 years, refurbished after that, then closed (no surprise that the public saw this as a waste of a perfectly good building). ... Apparently, there was asbestos in the building, but of the "safer type", which meant that it had no impact on the ability to continue using the building as normal. So asbestos wasn't an issue either. However, as a requirement of the sale of the building by Julia Farr, all known asbestos was removed.

Thankyou DM8, for that very informative post. It's good to understand a little about what happened with that building.
cheers,
Rhino
Top

http://www.youtube.com/watch?v=LcvmQB445ls
Looks like I did choose a good day to visit yesterday as today the bulldozes moved in. There was also an article on Ten News that I saw at work but the TV was on mute so I couldn't catch what they said. If anyone has any more video, please upload.
Doing a seach on flickr is also good, coming up with some shots taken in 2006 by a local of some interesting rooms but no photos found of when it was in better shape.
Baytram 366's Flickr: http://www.flickr.com/photos/[email protected]/collections
Top

hi guys, I posted quite a few on SSC that I took a few months ago, I might stick them here too. Although its been vacant for 30 years, while in control of the state govt it was kept in OK condition. When it was sold to a private developer a few years ago, they allowed it to get to its current condition 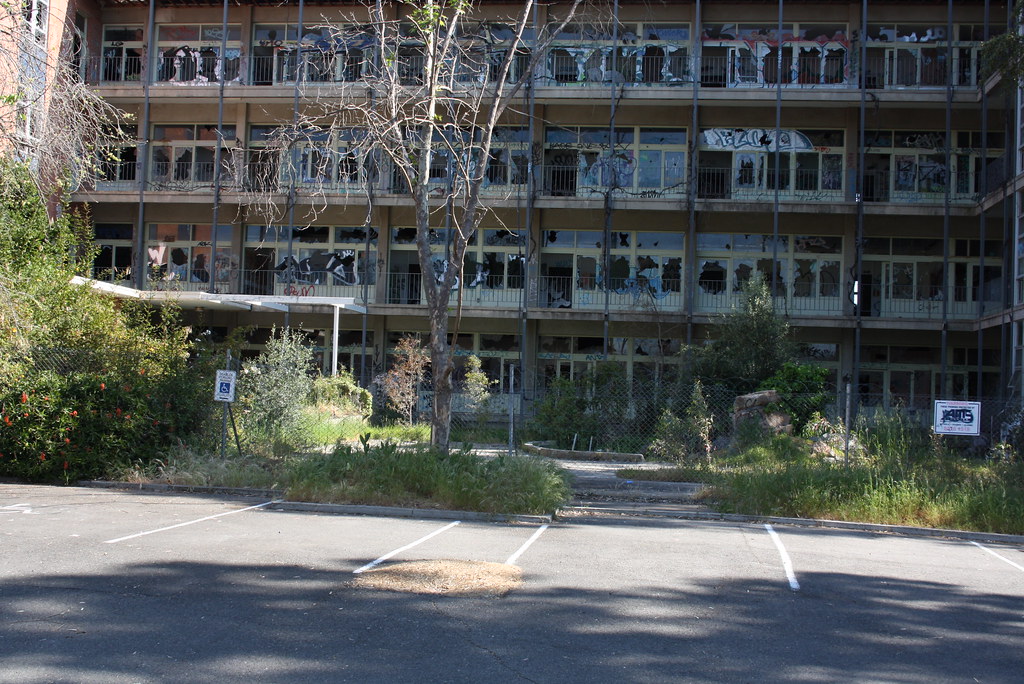 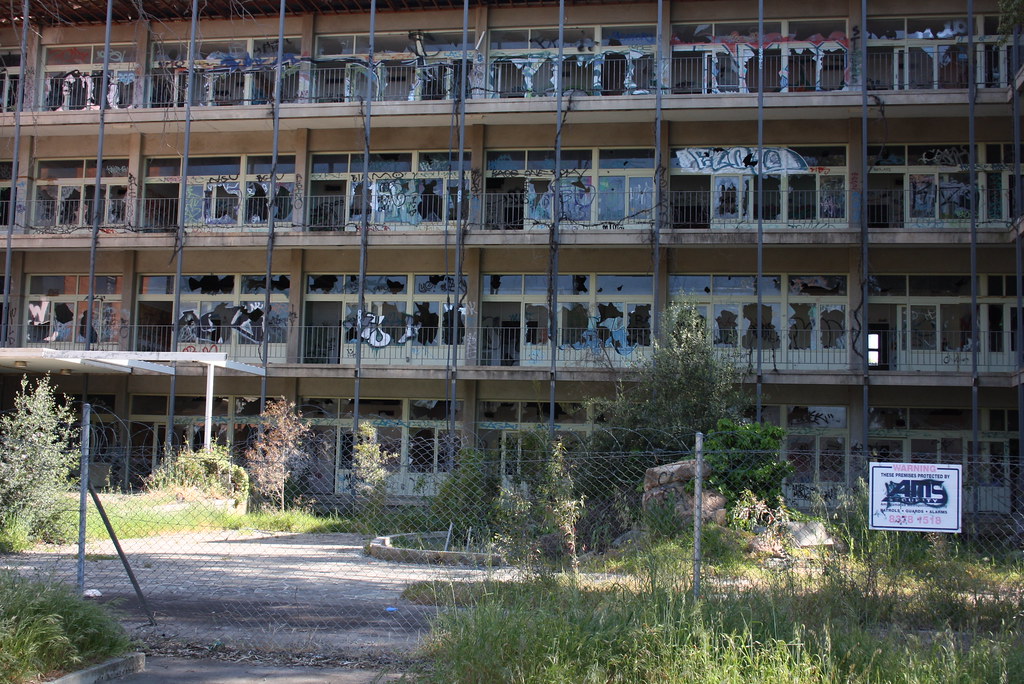 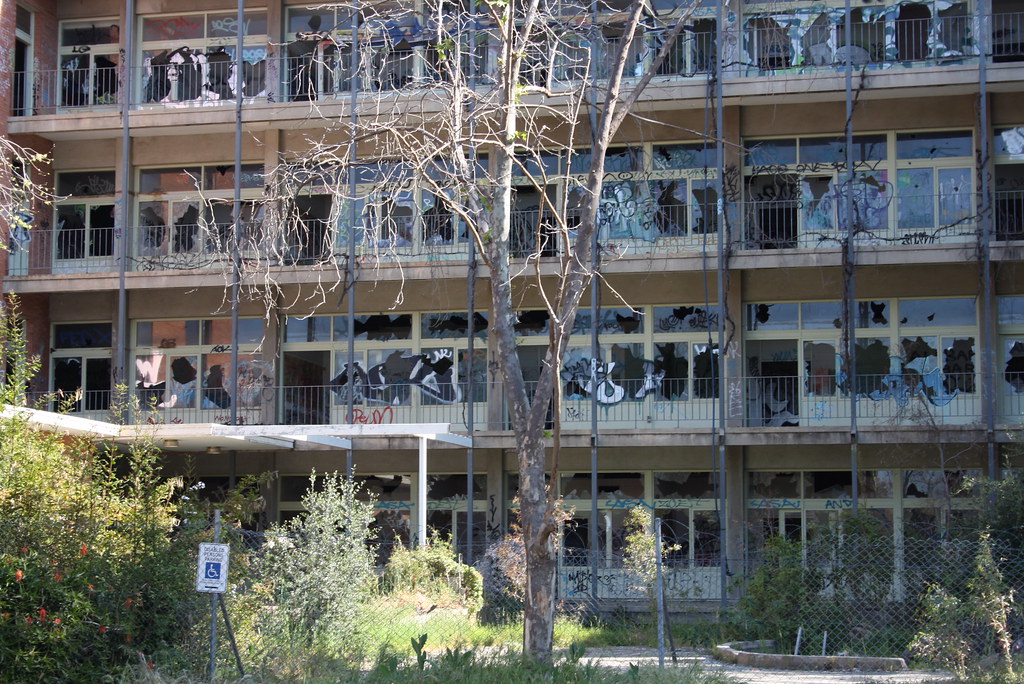 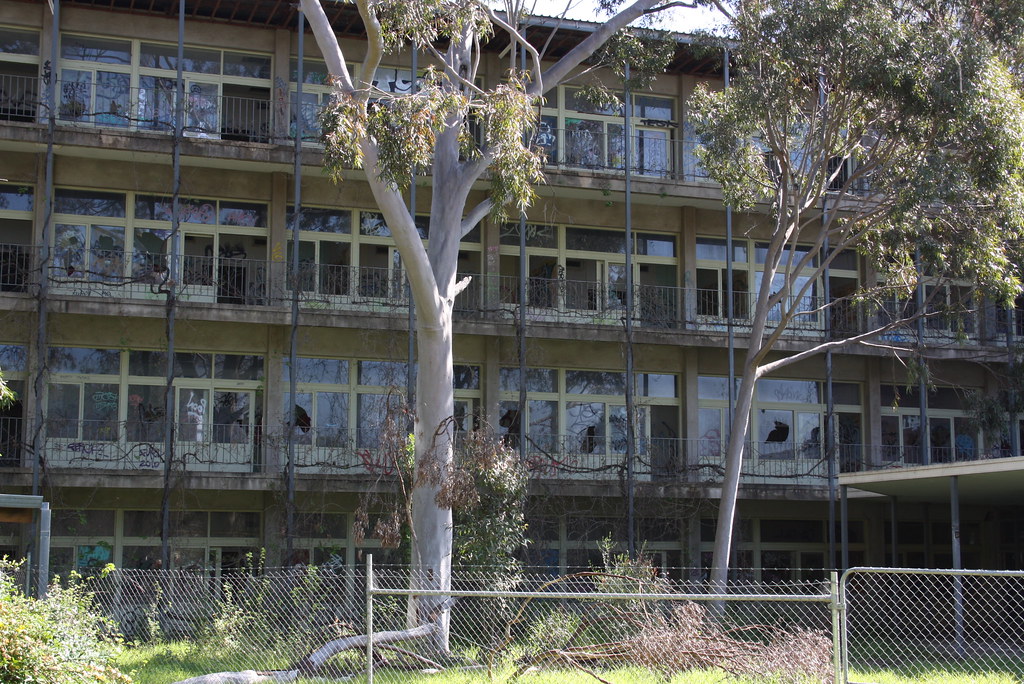 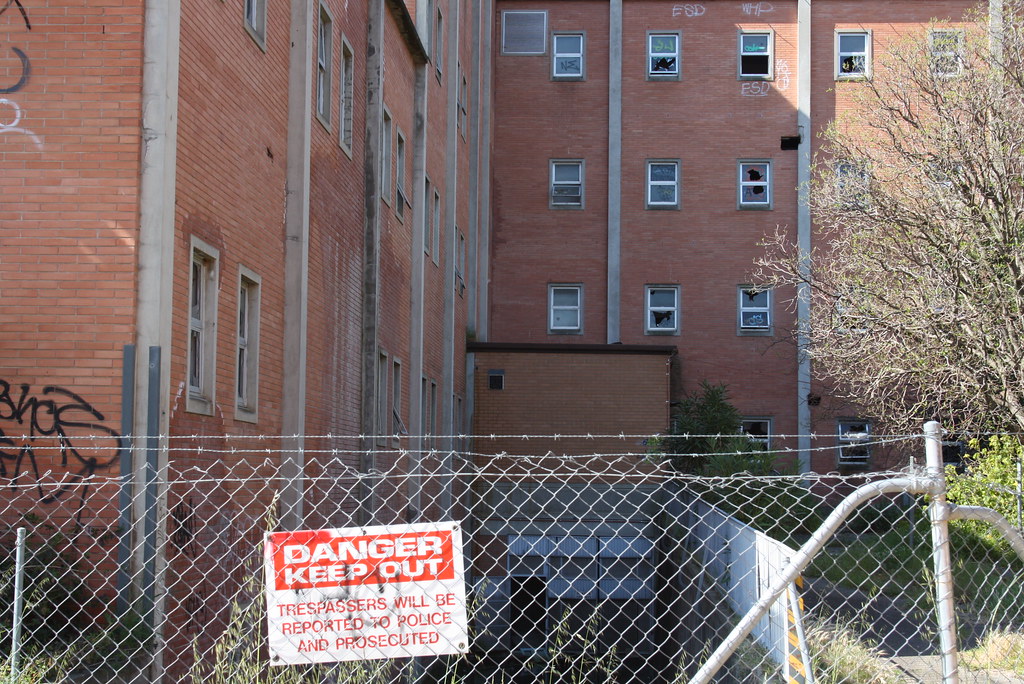 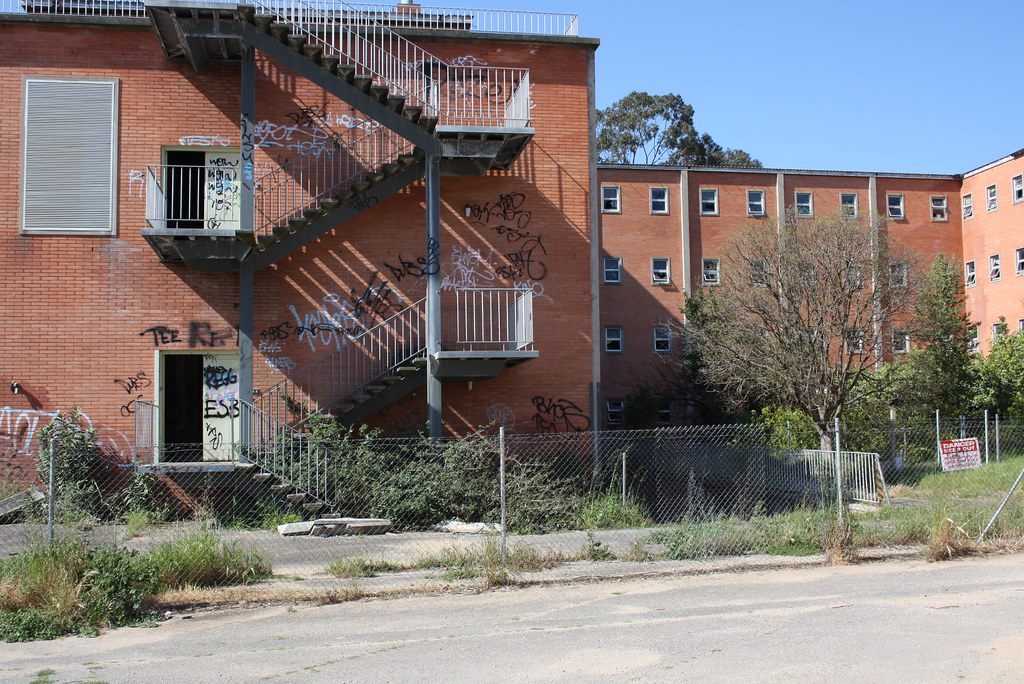 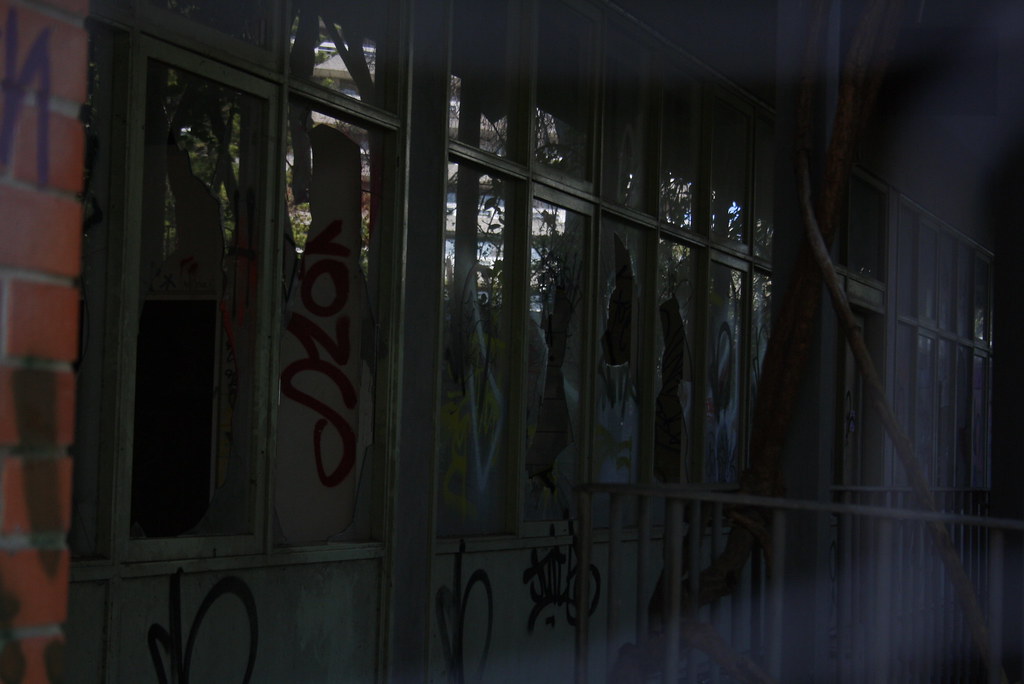 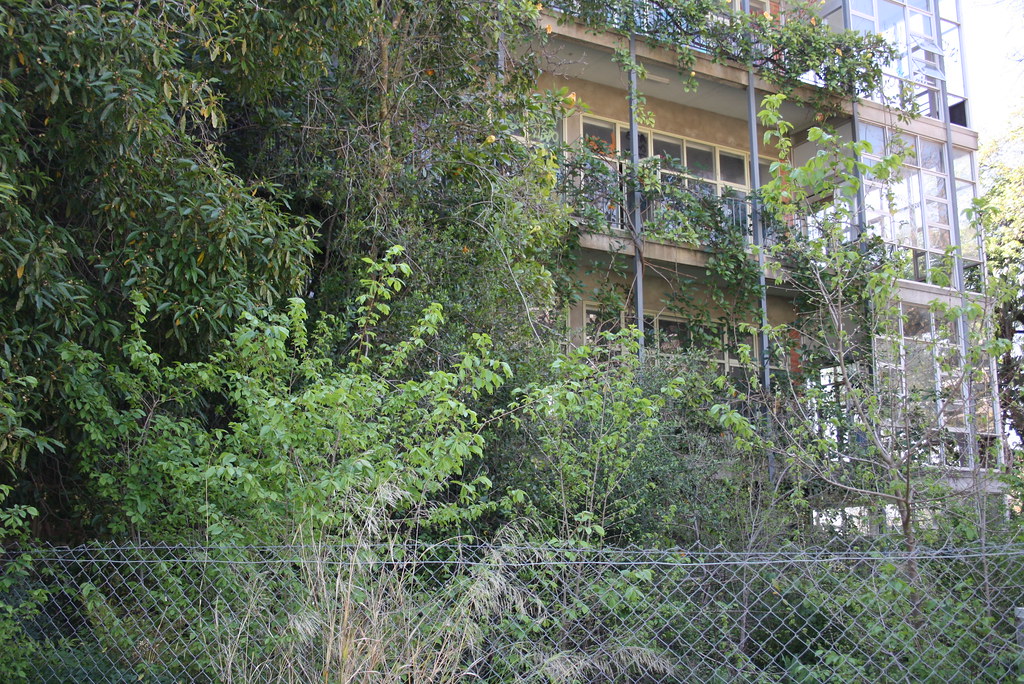 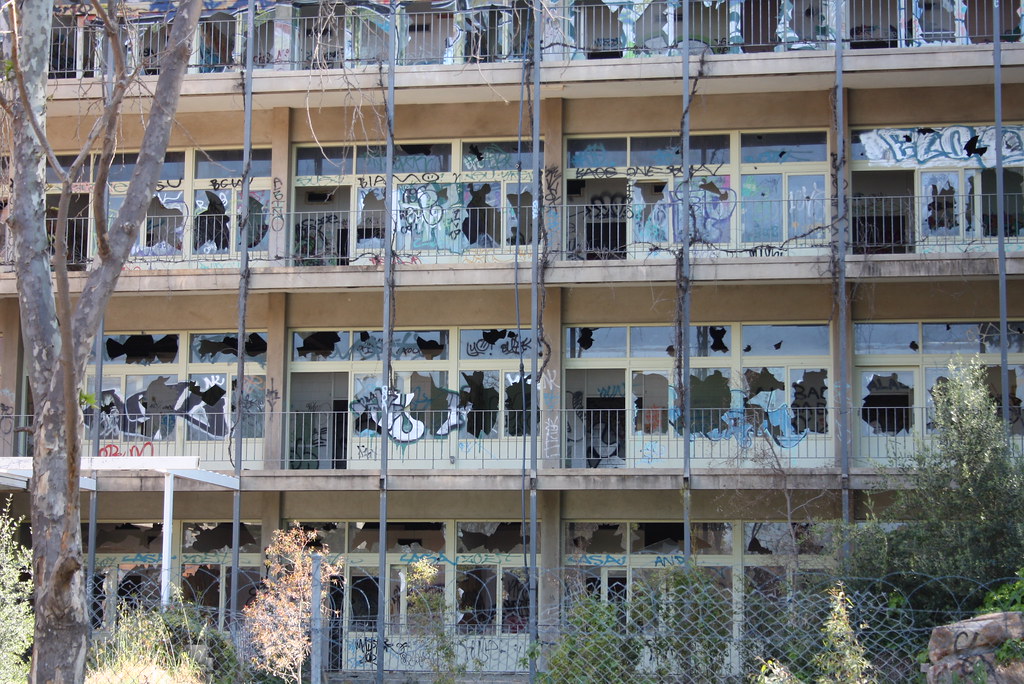 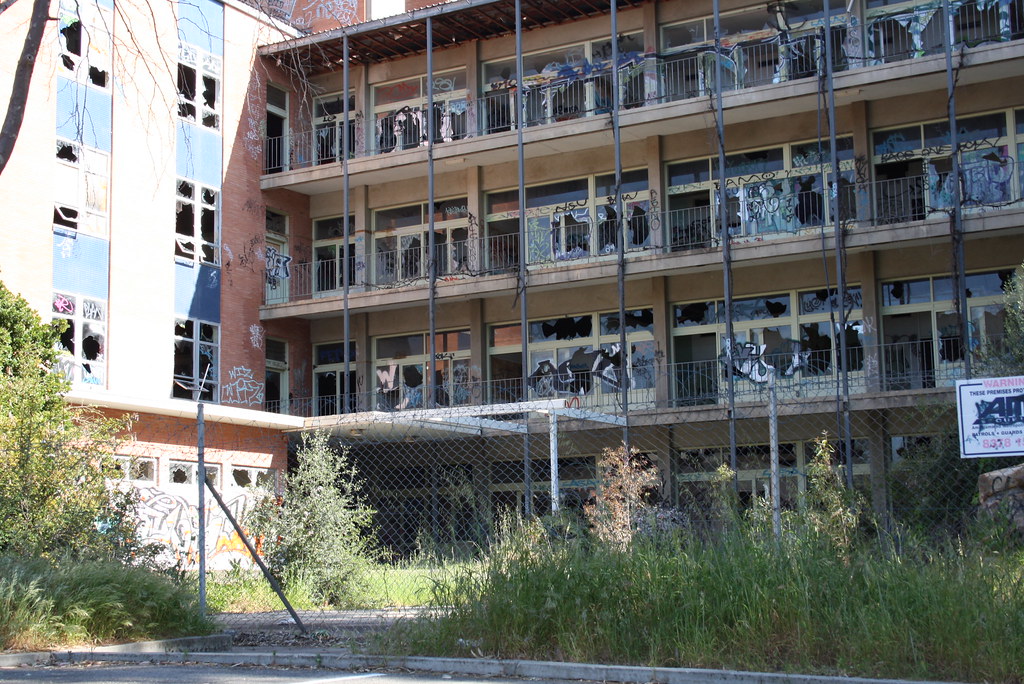 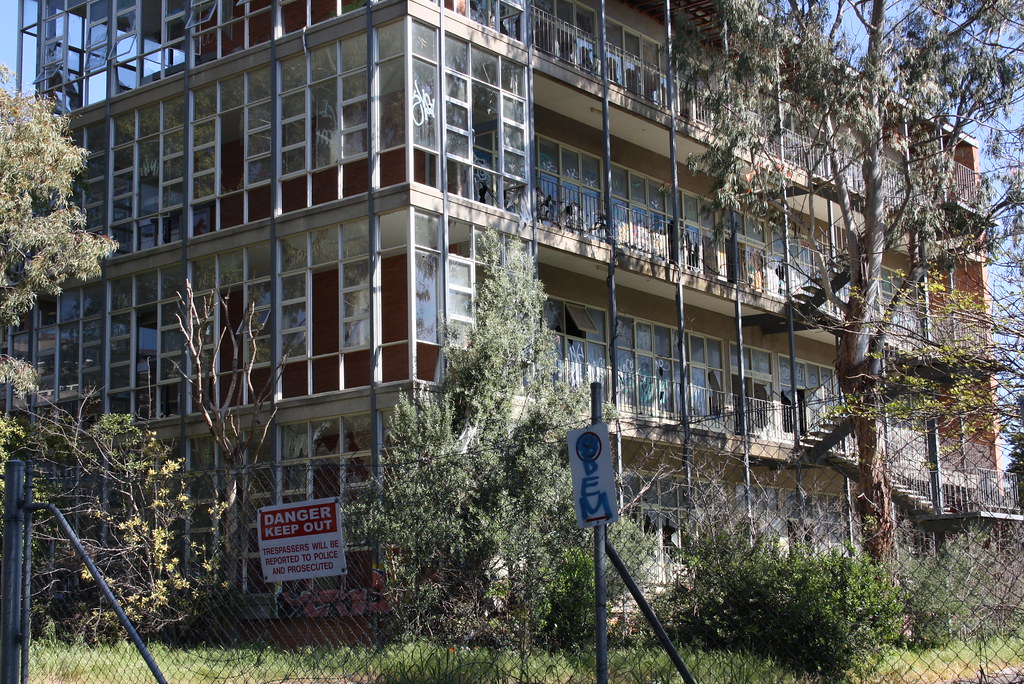 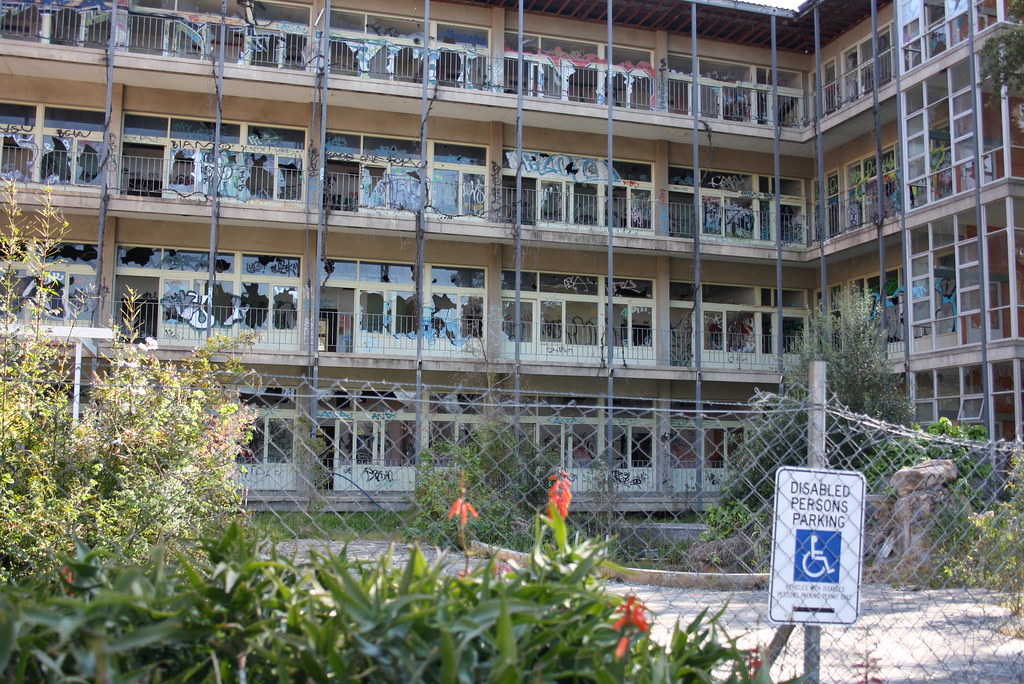 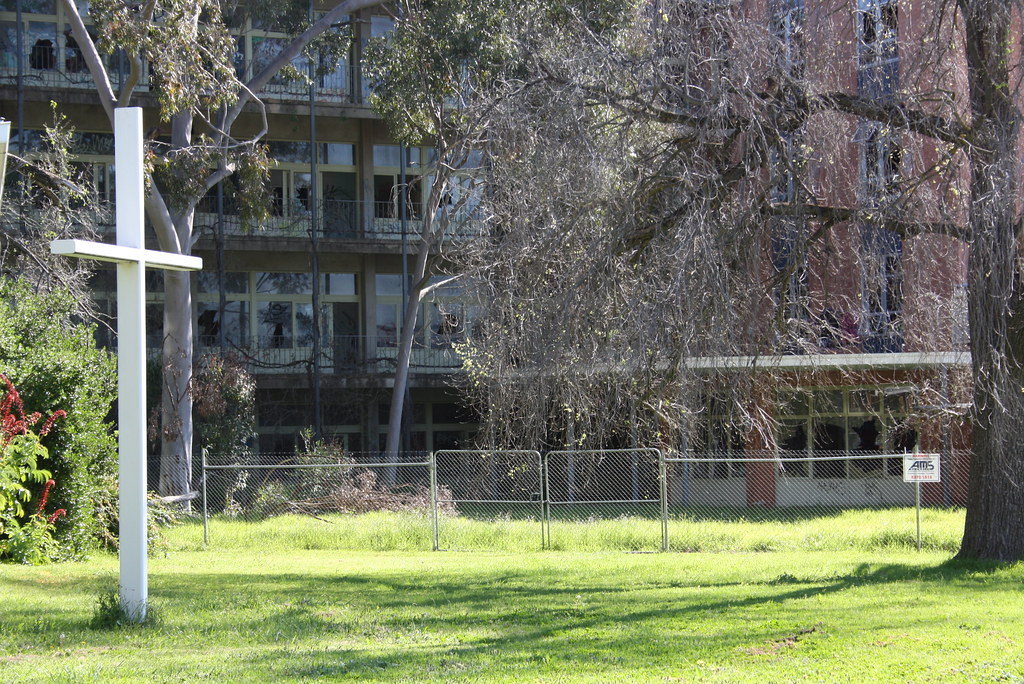