All high-rise, low-rise and street developments in areas other than the CBD and North Adelaide. Includes Port Adelaide and Glenelg.
Post Reply
63 posts

Looks decent and not too high, hope this one goes ahead.

The latest on this development from The Advertiser

A NEW seven-storey apartment project planned for a controversial site opposite the Cremorne Hotel will suit the character of — and help revitalise — the precinct, its developer says.

Catcorp owner Anthony Catinari last week spoke publicly for the first time about plans for a 59-home development at 244-246 Unley Rd after the State Planning Commission started public consultation on the proposal.

The $20 million project would include six levels of apartments, ground-floor shops and a 60-space underground carpark.

Mr Catinari told the Eastern Courier Messenger that the development would be “significantly” different to Chinese-based Xinyu International’s failed plan to redevelop the row of single-storey properties with more than 140 apartments.

That seven-storey, $80 million development — which was approved but later collapsed after developers missed a construction deadline — prompted outrage in the Unley community amid concerns about its height and a lack of parks.

Mr Catinari said whereas the so-called Cremorne Plaza project was to be primarily student accommodation, his high-end development would target young professionals and older downsizers with a mix of two and three-bedroom homes.

“The previous development was largely single-bedroom apartments with a lack of carparking and obviously residents and the locals were very vocal about it,” Mr Catinari said.

Sounds like a sensible plan, student accommodation would have been a silly idea in this location.

Some more details about this development. There is an internal courtyard and 2 levels of basement parking.

The development is on the agenda for the next meeting. The plans are here: https://www.saplanningcommission.sa.gov ... ley_Rd.pdf 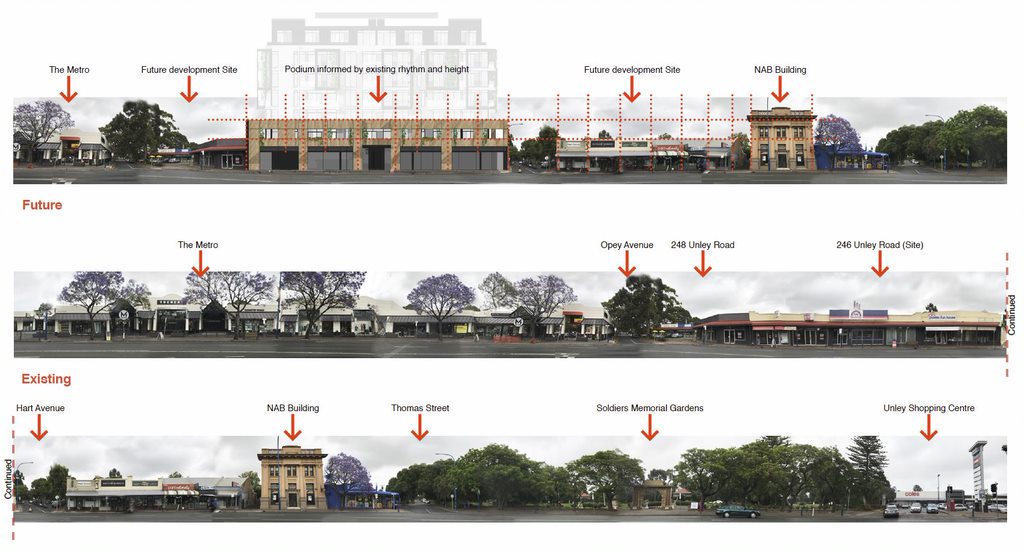 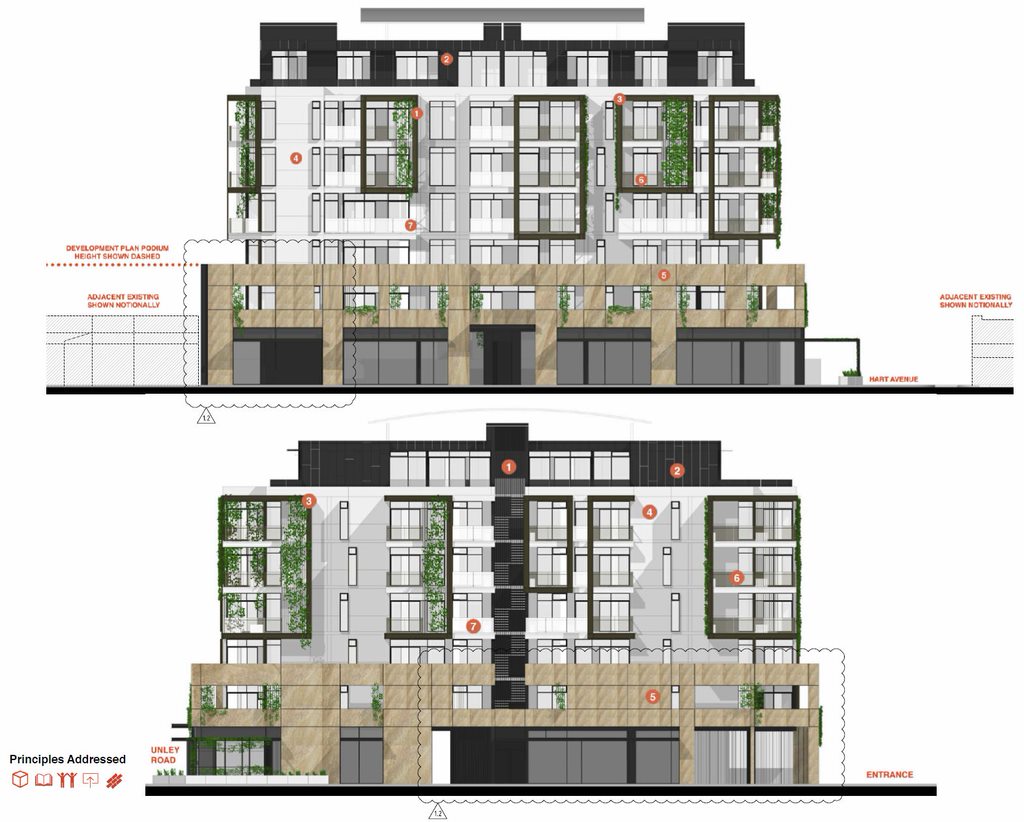 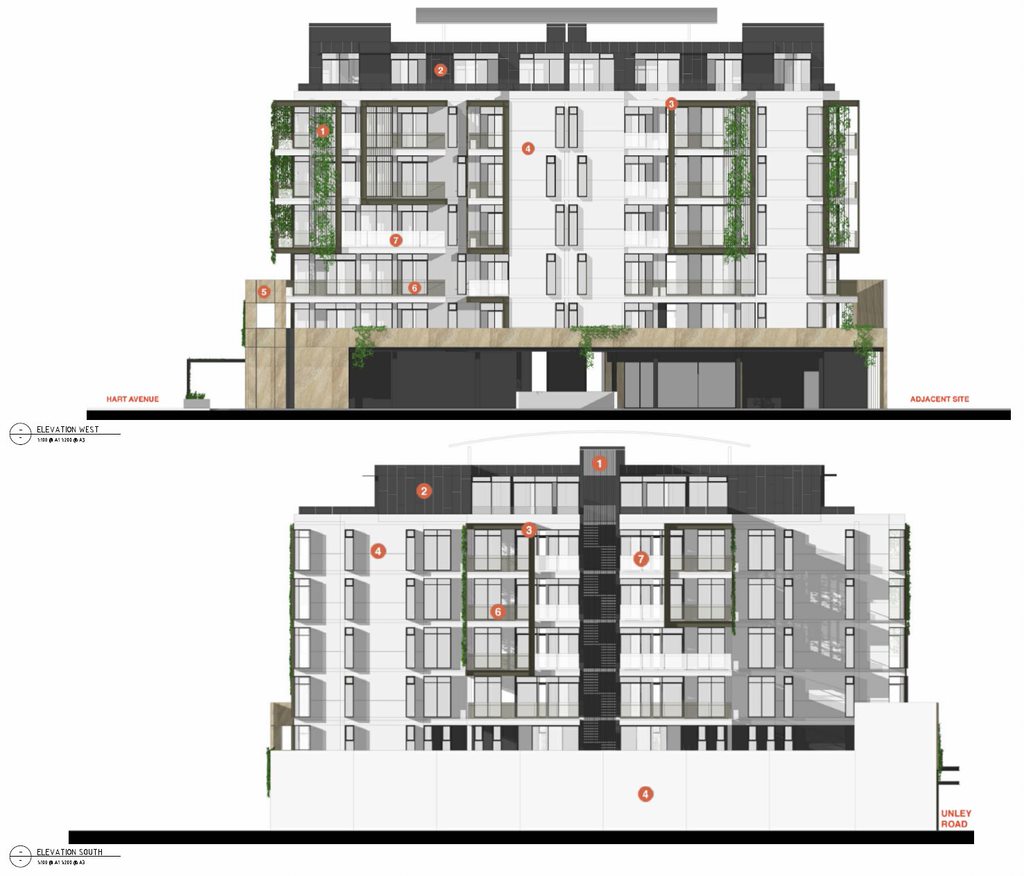 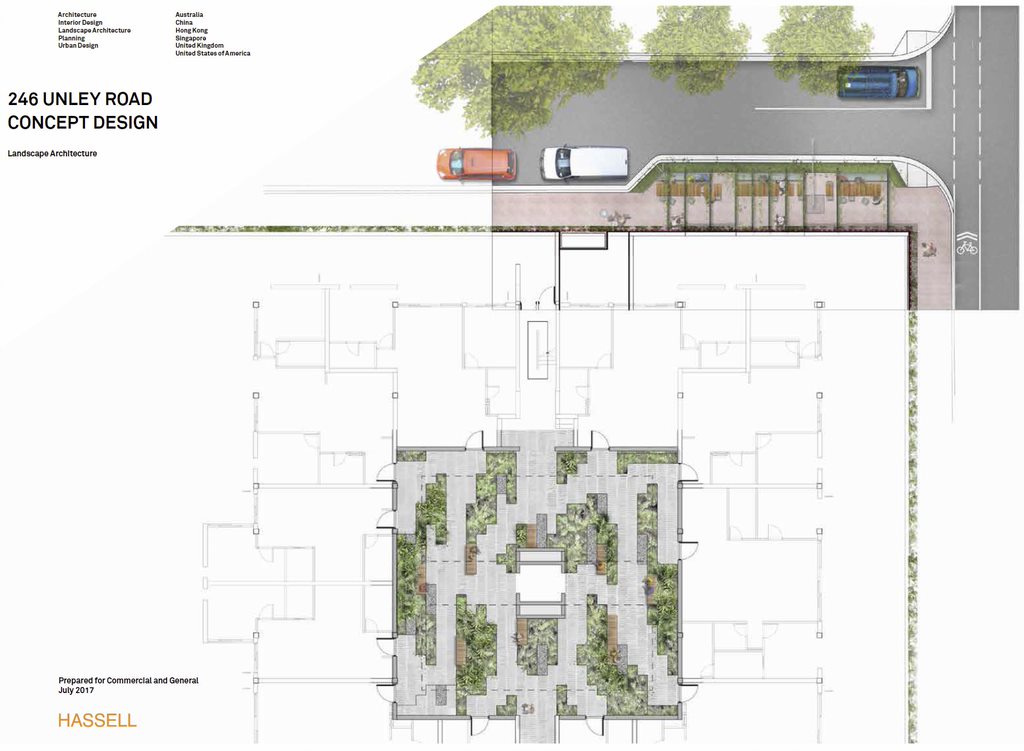 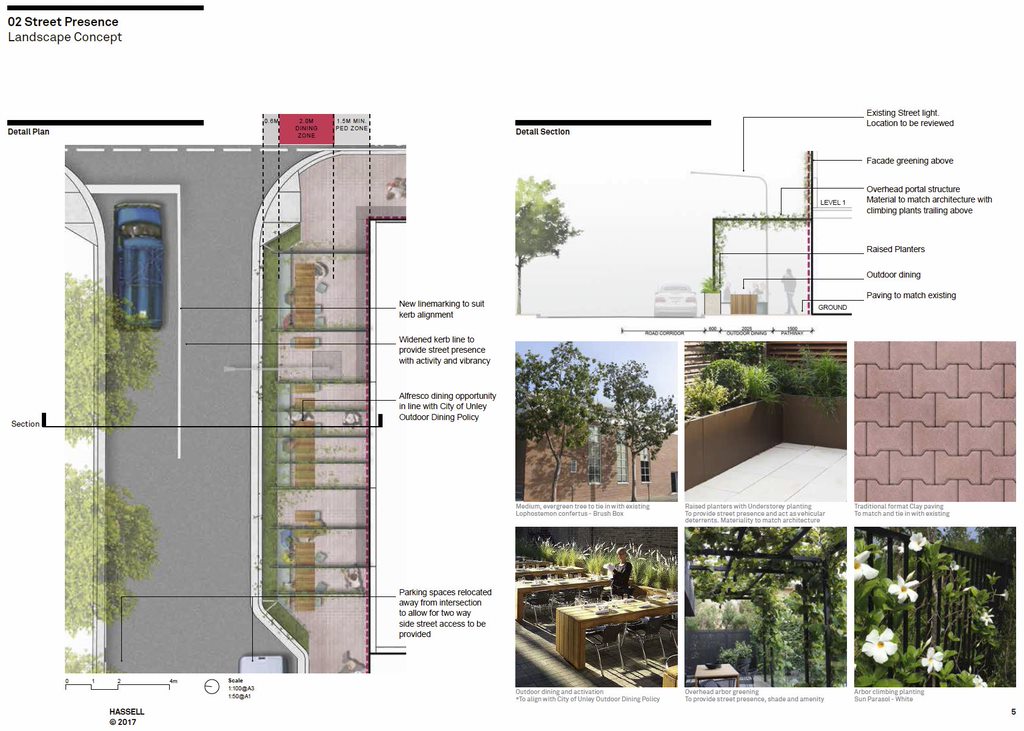 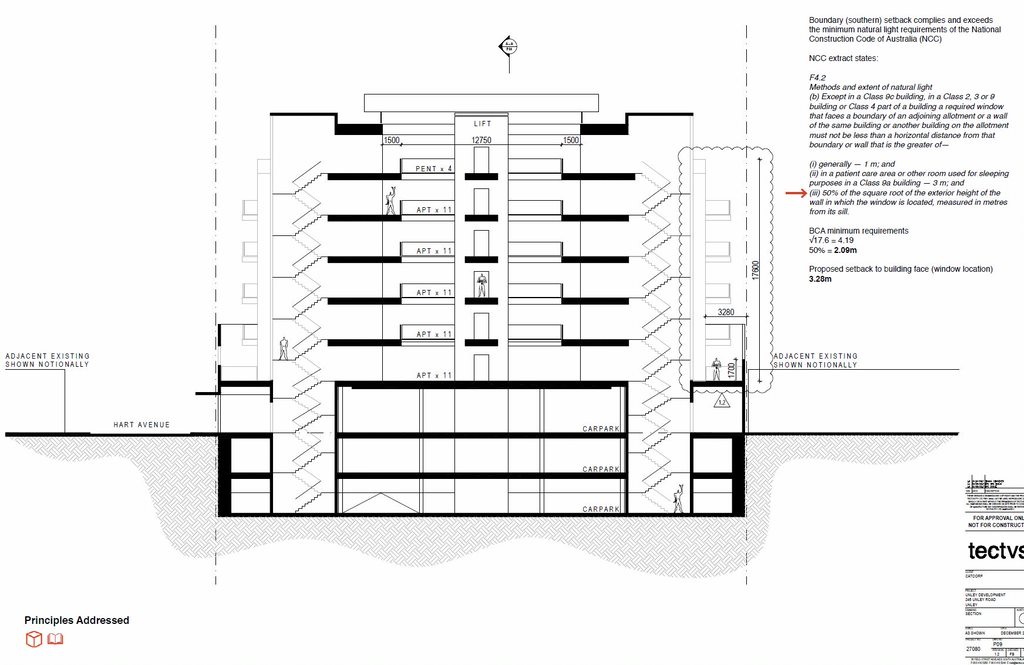 Anyone know if this one still going ahead? I saw a headline about it being held up.
When things get intense, just remember "We're bunch of hairless apes, flying through space on a living spaceship".
Top

It was deffered. It will go back before DAC in a few weeks with some amendments.
Top

Amended proposal has been lodged.

I guess this one can be changed to approved now.

A $20 MILLION, seven-storey apartment complex — set to become the tallest building on Unley Rd — has been given the green light, despite it exceeding local height limits.

The complex will include six levels of apartments, ground-floor shops, cafes, restaurants and a 60-space underground carpark.

The panel in February deferred a decision on the proposal, asking Catcorp to address concerns about the complex’s height, scale and parking provisions.

The plans were amended slightly to address those concerns, however, the height remained the same.

Friends of the City of Unley Society president Ros Islip feared the development would set a precedent for the area.

“It is an ugly building that does nothing to advance Unley Rd and the surrounding suburb,” Mrs Islip said.

“The panel is out of touch with the people who live in the suburbs.”

“If you look at any big city — Sydney, Melbourne, New York — apartment living is the way to go,” Mr Franzon said.

“It just allows people to use the local facilities more in high-density living.

“Unley has been lagging behind other precincts, but this is a start to bring it into the 21st century.”

Catcorp owner Anthony Catinari did not respond to a request for comment.

In November last year, when public consultation started on the proposal, he said the building’s design — including a sandstone Unley Rd frontage and plant-covered balconies — would complement the character of the district.

He said the ground-floor tenancies would also help “activate” the area.

“Lately there is a feeling that everything becomes dormant at 7pm and people are looking for things to do,” he said at the time.

“It will provide a really complementary service — with Unley Shopping Centre on one side and the Metro on the other.”

Despite gaining development consent from the then-Development Assessment Commission, the developers dropped the plans after they missed a deadline to start construction.

The neighbouring site at 248-252 Unley Rd has had a 7 storey building proposed too.

63 apartments, 6 2-storey townhouses, 5 commercial tenancies. Nothing else in the way of detail in the article.
Top

Forgot to post this last week, showroom was being set up 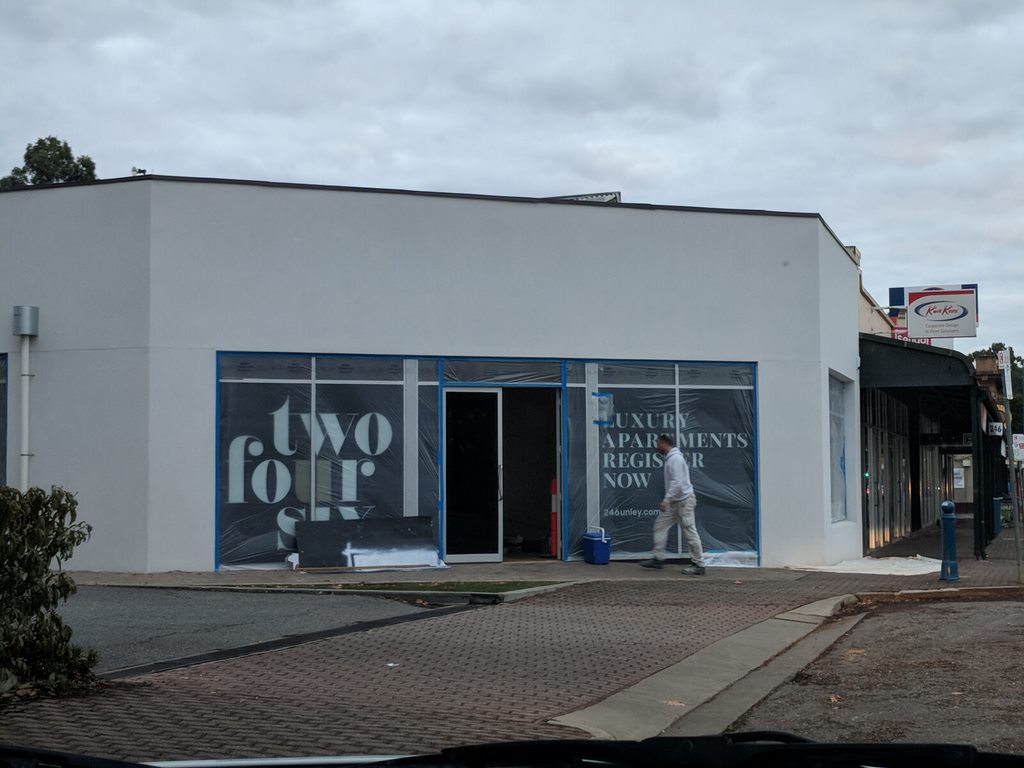 This is the project for 248 Unley Road Hyde Park. HYDE PARK PLACE, as it is on the southern border of Unley on the western side of Unley Road. Also 7 levels with several townhouses too. Bert Farina Constructions are the builders.


Perhaps we should merge this thread and call it News and Discussion - Unley Road. I quite like the other threads done this way. 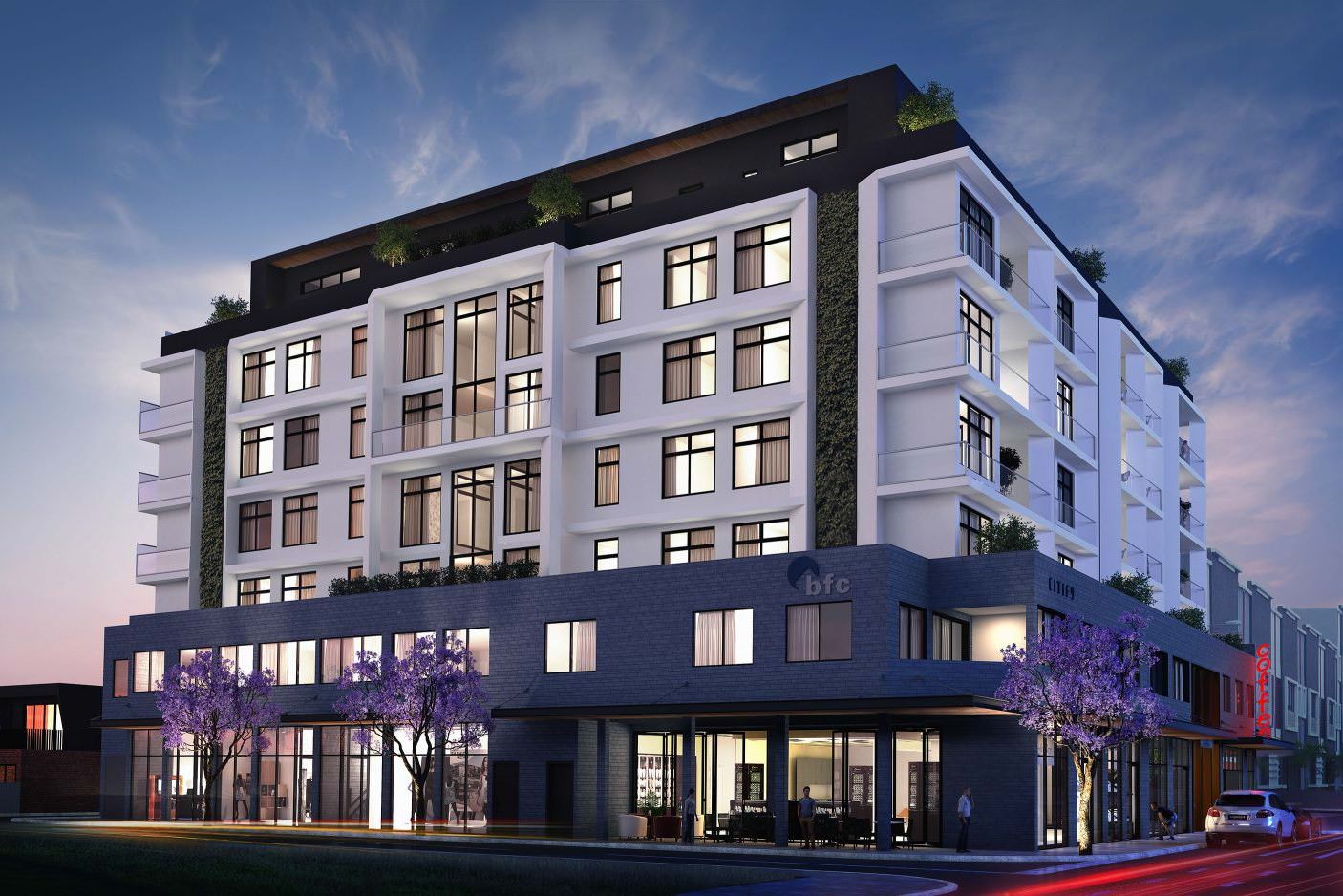 Unley and Surrounding Suburbs (Hyde Park, Wayville, Parkside etc) should be in one thread to keep track of projects.
Top

There is signage on site saying that the required pre-sales have been made and construction is starting soon.
Top
Post Reply
63 posts