All high-rise, low-rise and street developments in areas other than the CBD and North Adelaide. Includes Port Adelaide and Glenelg.
Post Reply
4 posts • Page 1 of 1 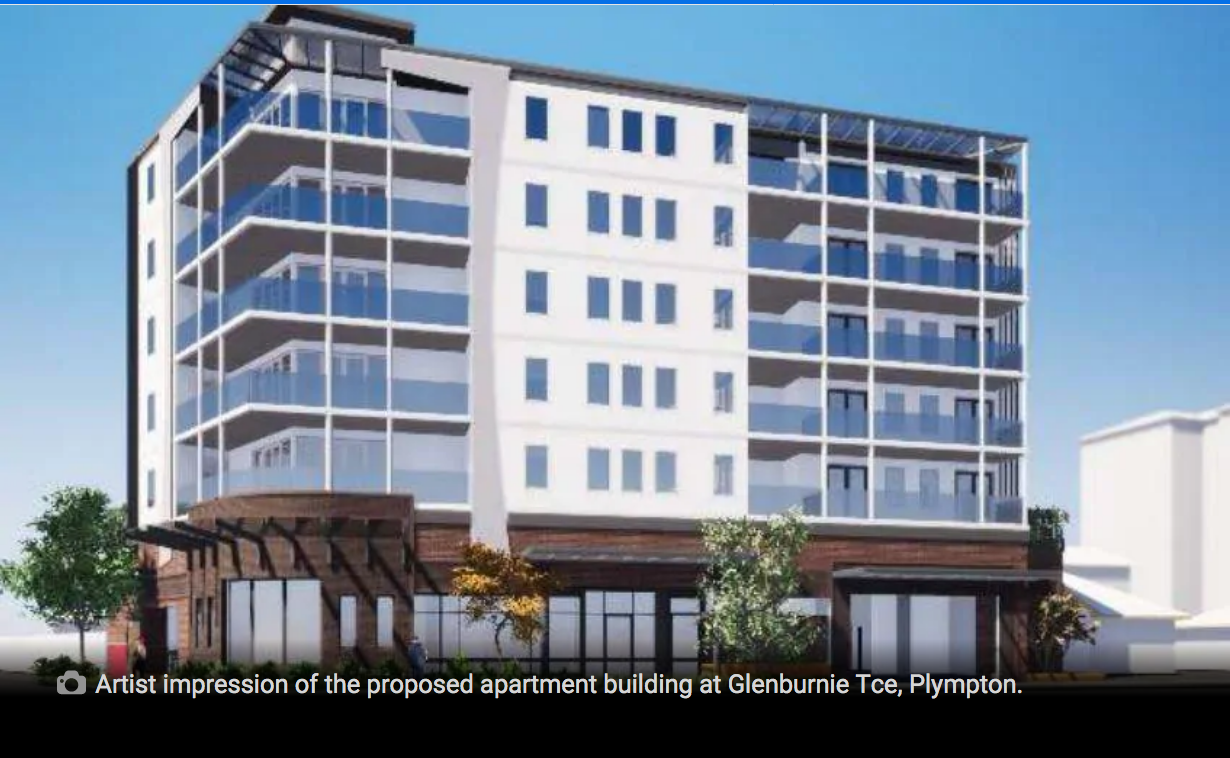 Plans for a six-storey apartment building at Plympton have been refused by the State Government’s development panel.

If approved, the Glenburnie Tce and Gray St development would have housed 35 two-bedroom apartments spread across five storeys with storage cages located on a mezzanine level and underground carparking.

Despite being located on a suburban street, the block is zoned as an “urban corridor” and is subject to the same height restriction as Anzac Highway, which allows a maximum of eight storeys.

A number of nearby residents opposed the plans when they were initially lodged in August last year.

At the time, a West Torrens Councillor labelled the development “unsightly” and “definitely not” appropriate for its location.

Following feedback from West Torrens Council, the Department of Planning, Transport and Infrastructure (DPTI), and a government architect, an extra three apartments were added to plans for the building in March this year.

The size of each apartment was increased meaning one fewer apartment could be accommodated on each level so the developer – Plympton Apartments Pty Ltd – introduced a sixth floor to the project.

It said the proposal was considered an overdevelopment of the site.

In its decision, the SCAP acknowledged “urban corridor” zoning intended to encourage residential development but there were difficulties with the current streetscape.

“The SCAP appreciates the difficulties in dealing with a transition to a new desired character but believes that the proposal pushes the extent of development on the site too far, resulting in incremental negative impacts,” the decision said.

Plympton Apartments can appeal the SCAP decision to the Environment, Resources and Development Court.

Not to defend the building, because it's pretty average, but how can a six-storey building on a lot zoned for up to eight be considered an overdevelopment?
Top

The block is probably too small, not sure what number it is but 1 Glenburnie Tce is an odd shape and 1000sqm and number 2 is a rectangle but only 680sqm The street is also narrow and lacks on street parking. It looks too bulky for the site.
Top
Post Reply
4 posts • Page 1 of 1